Koepka goes 41-31 in topsy-turvy opening round 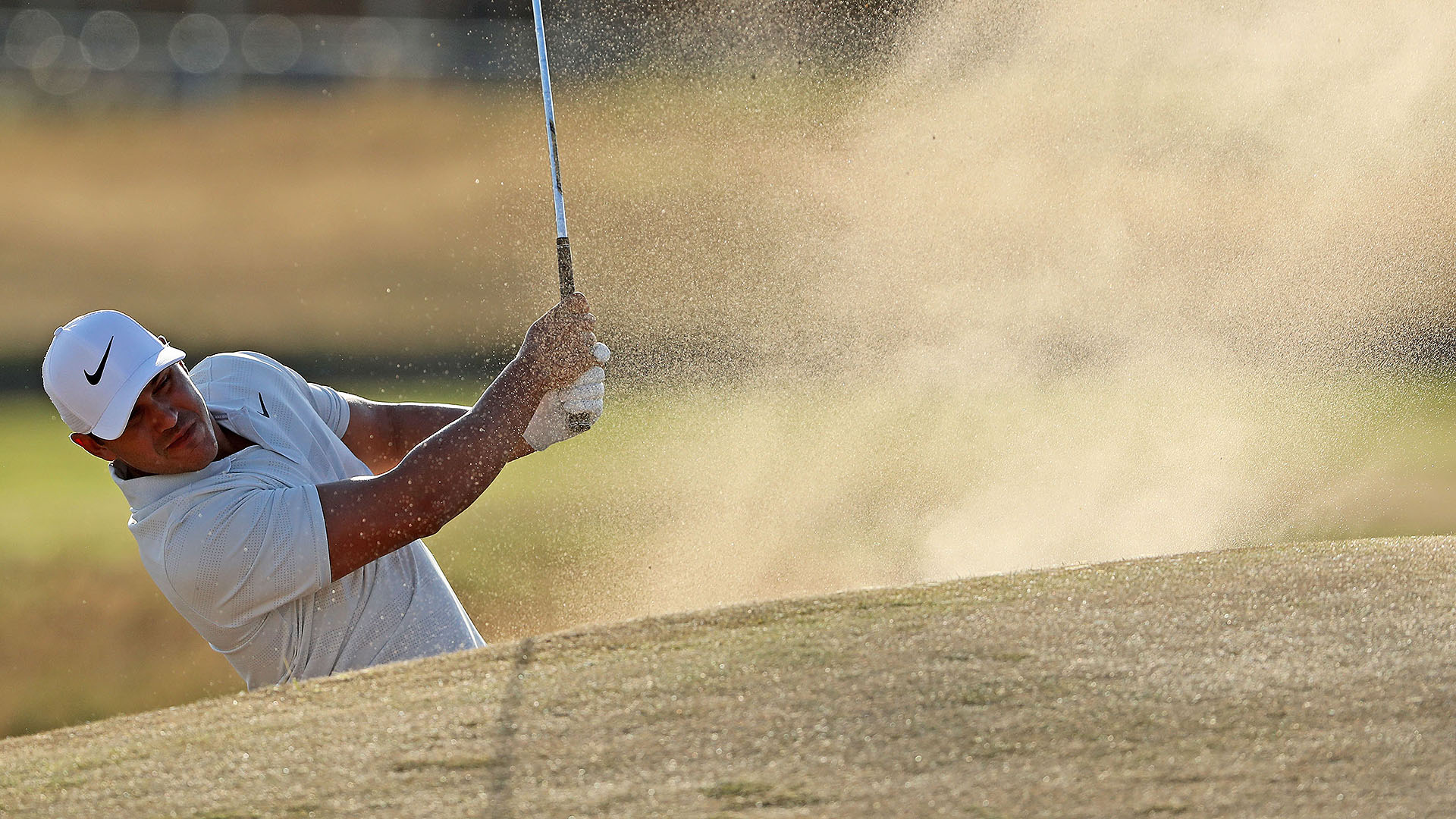 CARNOUSTIE, Scotland – Brooks Koepka didn’t shoot the day’s lowest round at The Open but he certainly earned himself some bounce-back points, following an opening nine of 41 with a closing loop of 31, for a 1-over 72.

Koepka, one of this week’s favorites at Carnoustie following his victory at last month’s U.S. Open, got off to a solid start with a birdie at the first hole, but he made a mess of the par-5 fifth hole for a double bogey and faded even further with another double bogey at the eighth hole.

“The first one, I should have made sure it was on the green. The second one, there was a whole bunch of crap behind my ball,” Koepka said. “It was a bad lie, and I felt like there was something laying behind it, and I felt like I didn't even hit the ball. It happens.”

But after making the turn at 5 over par, Koepka rebounded with birdies at Nos. 10, 12, 13 and 14. Although his 1-over card left him tied for 50th place, the two-time major champion said he felt like his game was where it needed to be.