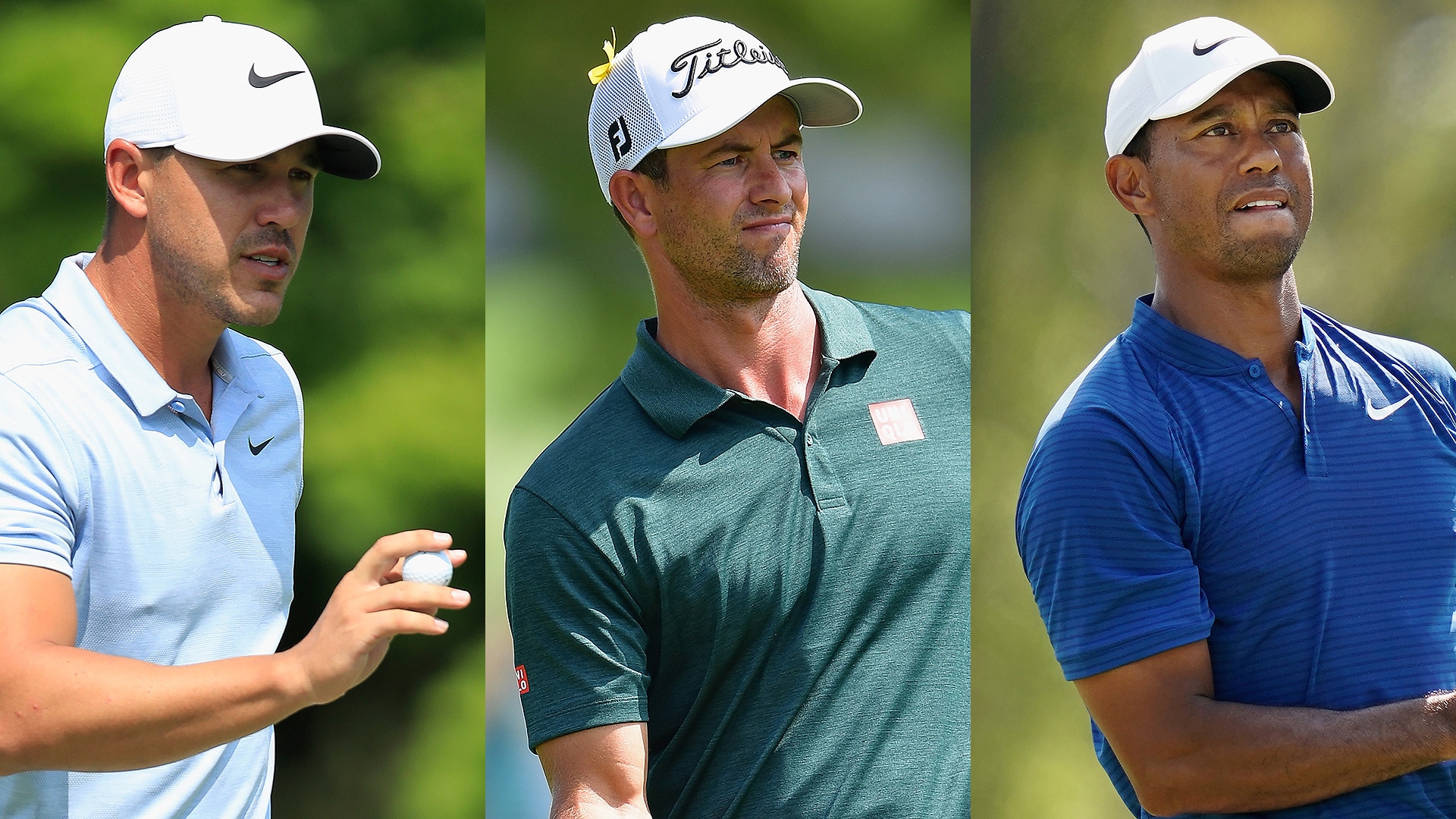 Brooks Koepka leads entering the final round of the 100th PGA Championship, but what appeared to be a runaway is now a tight contest with a bevy of big names in the mix. Here’s how the third round played out at Bellerive Country Club in St. Louis:

What it means: Koepka had a five-stroke lead midway through the back nine on Saturday. But he made his first bogey of the championship on the 14th hole [he had a double bogey in Round 1] and then made it back-to-back dropped shots at No. 15. All of a sudden, his advantage was just two. That slip cracked a door through which a major group emerged. Get your popcorn ready, everybody.

Round of the day: Scott’s 5-under 65. The Aussie had six birdies and one bogey on Saturday afternoon. He has just one top-10 finish in a major over the last three seasons, but motivated by honoring countryman Jarrod Lyle, who died this week after multiple battles with leukemia, Scott has a shot at his second career major title [2013 Masters].

Best of the rest: Koepka’s 66. It could have been lower, but a 4-under round in the final group on a Saturday in a major is impressive. The two-time U.S. Open champion grabbed sole possession of the lead early in Round 3 and never let go. Meanwhile, Woods also shot 66. He had five birdies on his front nine, but stalled with nine pars coming in.

Biggest disappointment: Dustin Johnson. The world No. 1 was three shots off the lead to start the round and is now seven in arrears, thanks to a 2-over 72. That score belies DJ’s day. He made three bogeys, one double bogey and no birdies over his first 14 holes. Three birdies over his final four holes weren’t enough to overcome such a disappointing start.

Shot of the day: Matt Wallace aced the par-3 16th with a 5-iron from 232 yards. That got the Englishman to 5 under par for the championship, where he remains after three rounds.

Quote of the day: “It’s been a very difficult week, week and a half, since we got the news. … Jarrod is one of those people who just touched so many people, especially in this golf community.” – Scott