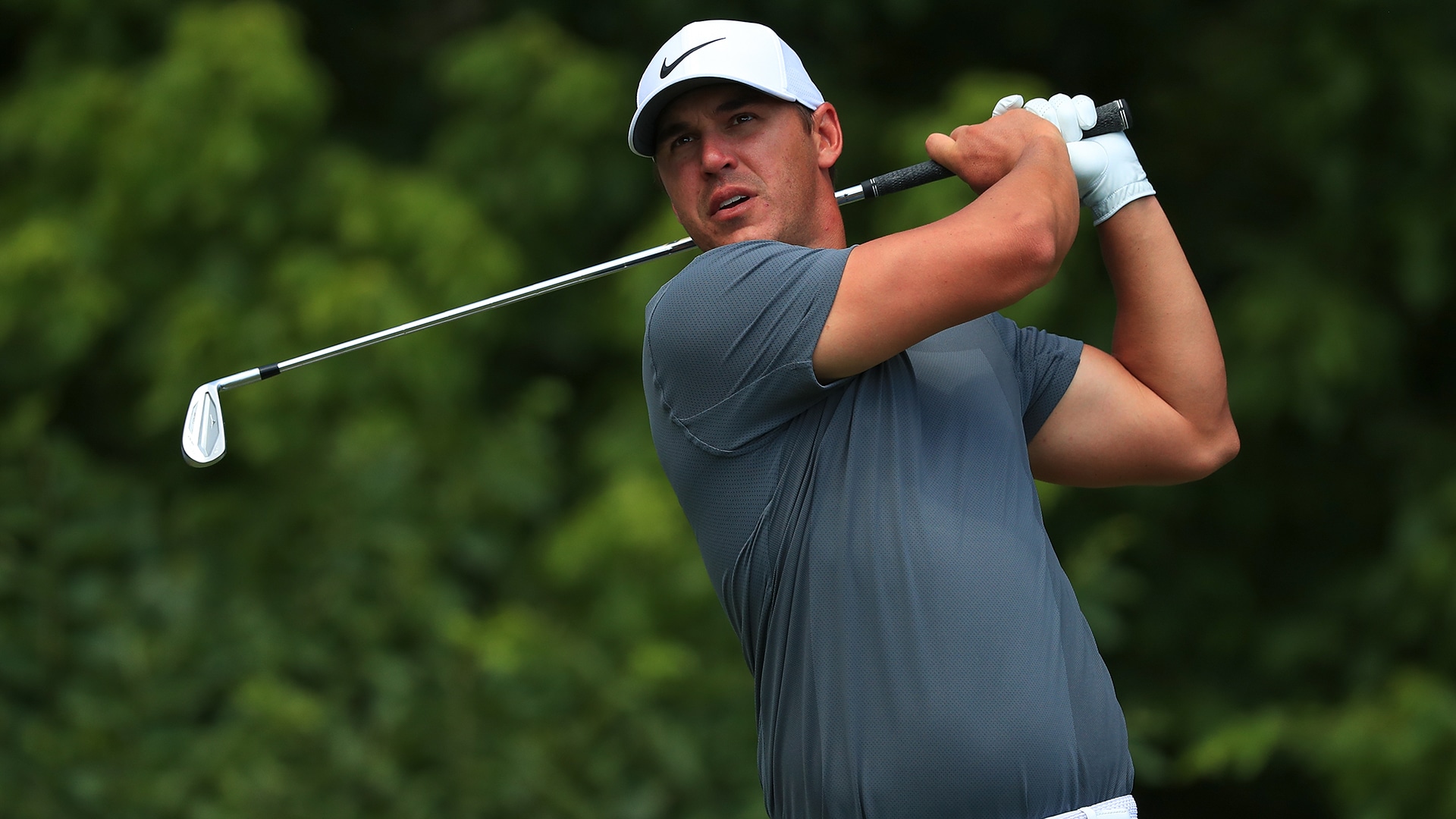 The Horrible Horseshoe - Nos. 3, 4 and 5 at Colonial Country Club - annually ranks as one of the toughest three-hole stretches on the PGA Tour.

Last year's U.S. Open champ has played the stretch 2 over this week but knows that if he's going to have any chance at catching Justin Rose on Sunday, he's going to need take advantage of the par-5 first and then find a way to pick up shots on the Horseshoe.

"I feel like just need to get off to a good start on this golf course," Koepka said after a third-round 67 Saturday. "If you can get 2 or 3 under through six holes, I think you'll be right there."

Koepka will start the final round four behind Rose, as he looks to win for the first time since his maiden major victory last year.

The big-hitter missed nearly four months this year with a wrist injury and is progressing quickly in his comeback despite dislocating his wrist on two different occasions over the last two months.

Koepka missed the cut with partner Marc Turnesa at the Zurich Classic in his competitive return before following up with a tie for 42nd at the Wells Fargo Championship and a tie for 11th at The Players Championship.

Now, thanks to a closing birdie Sunday, he finds himself playing alongside Rose in the final group on Sunday.

"I feel like my game is coming around," he said. "[At Zurich], I was five days into touching clubs. I am finally finding a rhythm and feel like I'm getting really close. ...