Korean rivals eager to put pairing behind them 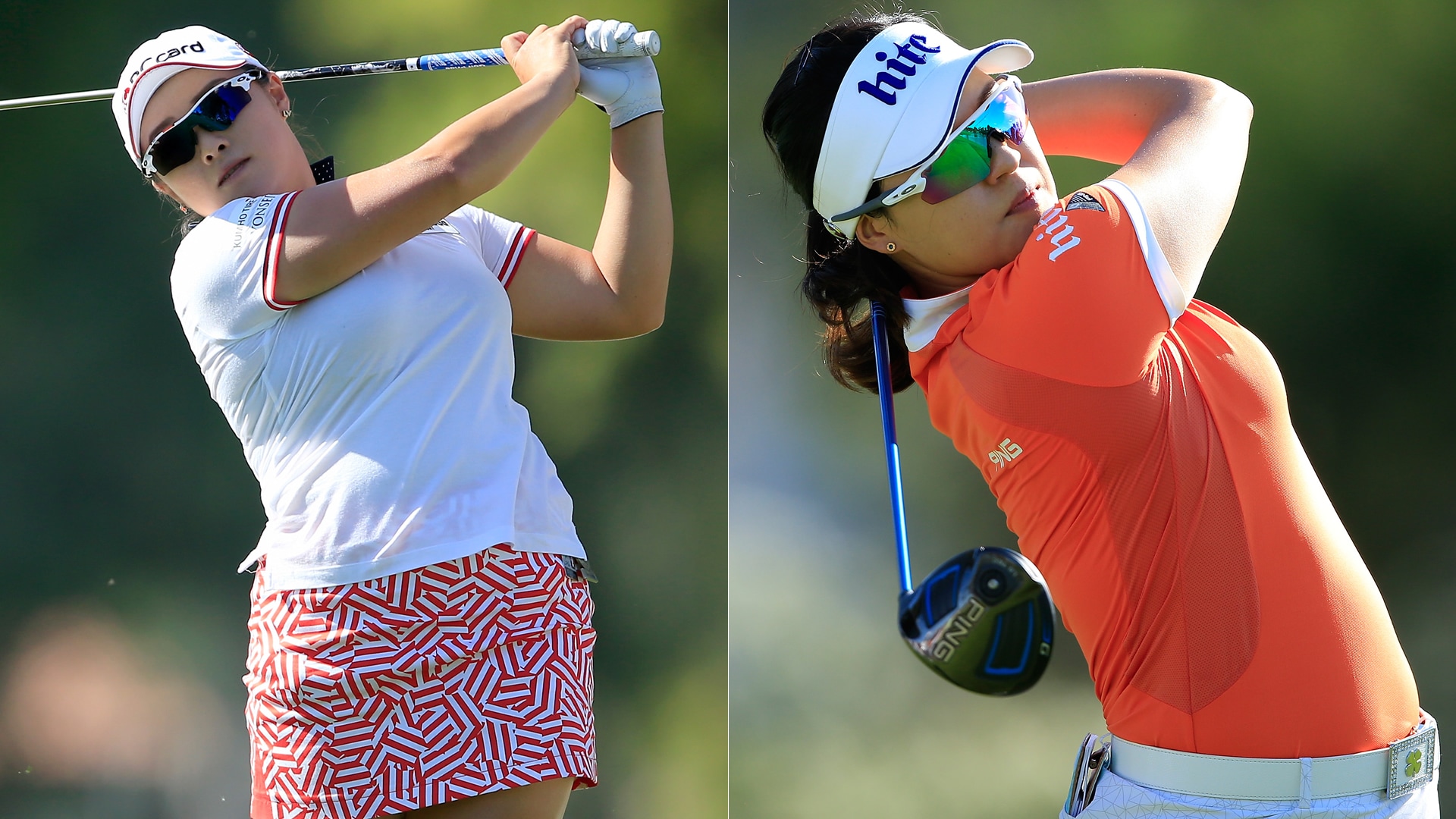 SAMMAMISH, Wash. – Ha Na Jang and In Gee Chun will draw curious eyes when they tee off together at 4:30 p.m. ET in Thursday’s first round of the KPMG Women’s PGA Championship at Sahalee Country Club.

They were, after all, at the center of a tempest back in their South Korean homeland in March, and this will mark the first time they’ve been paired together since the infamous escalator incident in Singapore set off the controversy.

What did they think when they saw the pairing?

“I knew it was coming,” Chun said Wednesday through Won Park, her coach who acted as translator. “I didn’t know it was going to be this tournament or later, but am glad it’s this time. The sooner the better.”

The pairing rekindles accounting of the issues that erupted back in their homeland after Jang’s father dropped a 15-pound travel bag down an escalator at the Singapore airport, striking Chun in the tailbone. It knocked Chun out of three events while she recovered from the injuries. It also set off a media firestorm in South Korea as Jang went on to win in Singapore, bumping Chun out of the Korean Olympic qualifying mix that week.

“It’s a tough situation, but I have to face it and Ha Na has to face it,” said Chun, the reigning U.S. Women’s Open champion. “It’s good to get it over with.”

It makes for more scrutiny in Jang’s return after a long absence on tour.

Jang, who won twice at season’s start, has not played an LPGA event in six weeks, since she withdrew in the first round of the Swinging Skirts Classic. Jang said she was suffering from the effects of anemia, which caused dizziness, headaches, insomnia and vomiting.

“I was very scared,” Jang said.

After withdrawing from the Swinging Skirts Classic, Jang said she sought medical treatment in San Francisco, but doctors didn’t have an answer for what was ailing her. She flew to her Korean home and spent five days in a hospital there undergoing tests but never got a complete answer as to what was causing her health problems. After five weeks of rest, though, she said she’s feeling much better.

Jang said stress might have been a factor in the ailment, but she thinks fatigue was a larger factor.

Jang said she has only been back practicing for less than a week in preparation for her start. She said Chun approached her on the practice putting green at Sahalee earlier this week.

Jang said her only goal this week is to break 80.

“I just want to enjoy playing,” Jang said. “I’m a little uncomfortable because I haven’t played in five weeks.”