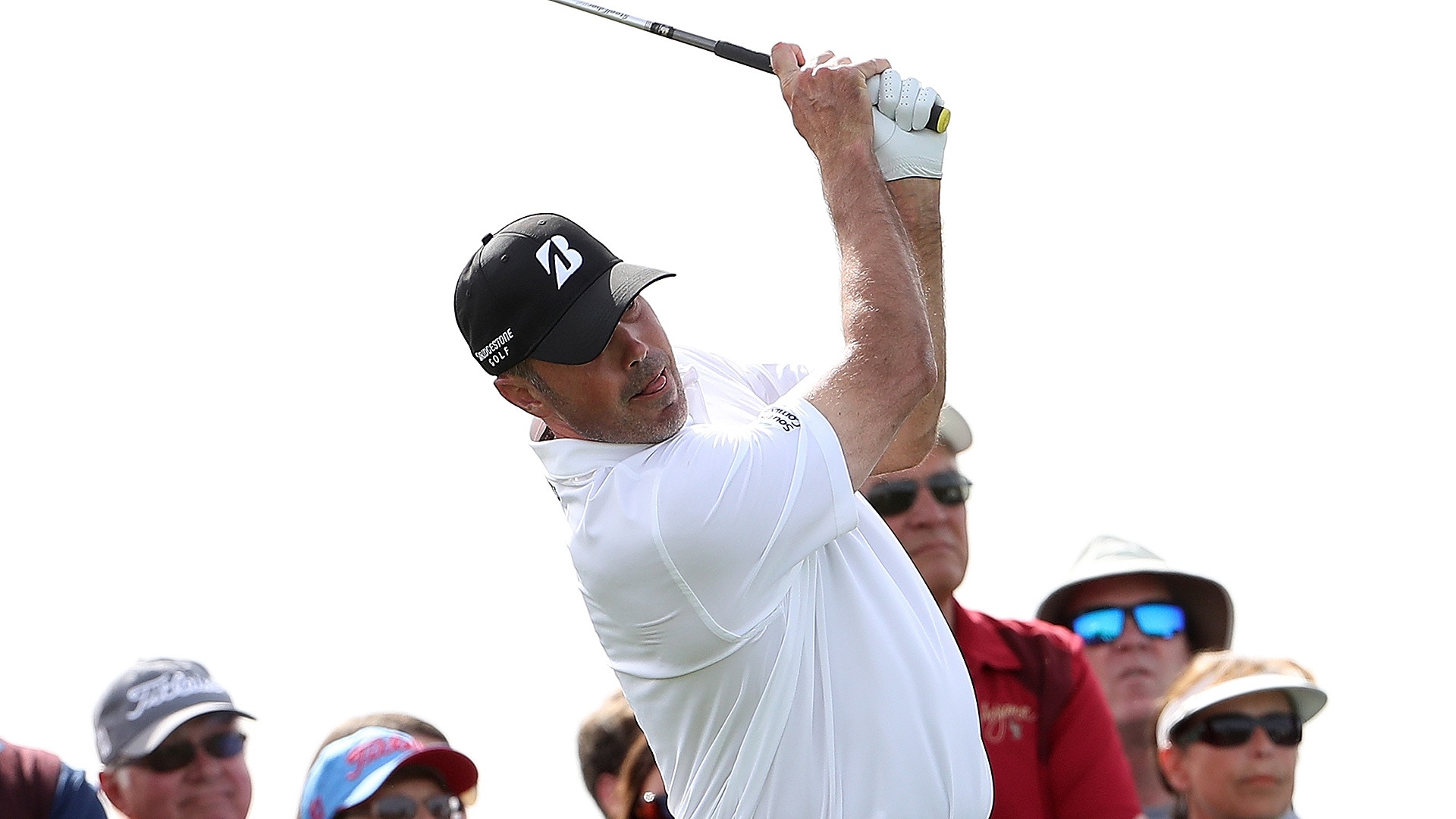 With the season's first major in the books, all eyes turn to the South Carolina low country this week for the RBC Heritage. Here's a look at a few marquee, early-round groupings as 132 players vie to wear the plaid jacket come Sunday (all times ET):

Kuchar's most recent PGA Tour win came here in dramatic fashion in 2014, and he now returns to Harbour Town on the heels of a T-4 finish at the Masters. He'll play the first two rounds alongside Henley, who backed up his win at the Shell Houston Open with a very solid T-11 showing at Augusta National, and Kaymer, who returns to Hilton Head after a two-year absence.

McDowell is another former champ, having edged Webb Simpson in a playoff here in 2013 for his first win after breaking through at the 2010 U.S. Open. He has the jacket that Donald covets, as the Englishman has done everything but win this event with six top-3 finishes in the last eight years, including last year's T-2. Rounding out the group will be Els, who is making his seventh straight start here and looks to improve on last year's T-14 finish.

This trio has combined for an impressive eight titles at this event, the most recent coming when Furyk topped Kevin Kisner in a playoff two years ago. He will make his first start at Harbour Town since that victory, having missed his title defense last year because of injury, and he'll do so alongside Love, a five-time champ who returned from an injury absence two weeks ago in Houston, and Snedeker, who hasn't cracked the top 10 since his 2011 triumph.

Grace will defend a PGA Tour title for the first time, and he'll play the first two rounds with a pair of recent winners. Hadwin earned his maiden breakthrough last month at the Valspar Championship, while Leishman followed the very next week with a come-from-behind win at the Arnold Palmer Invitational that netted him a late Masters bid.