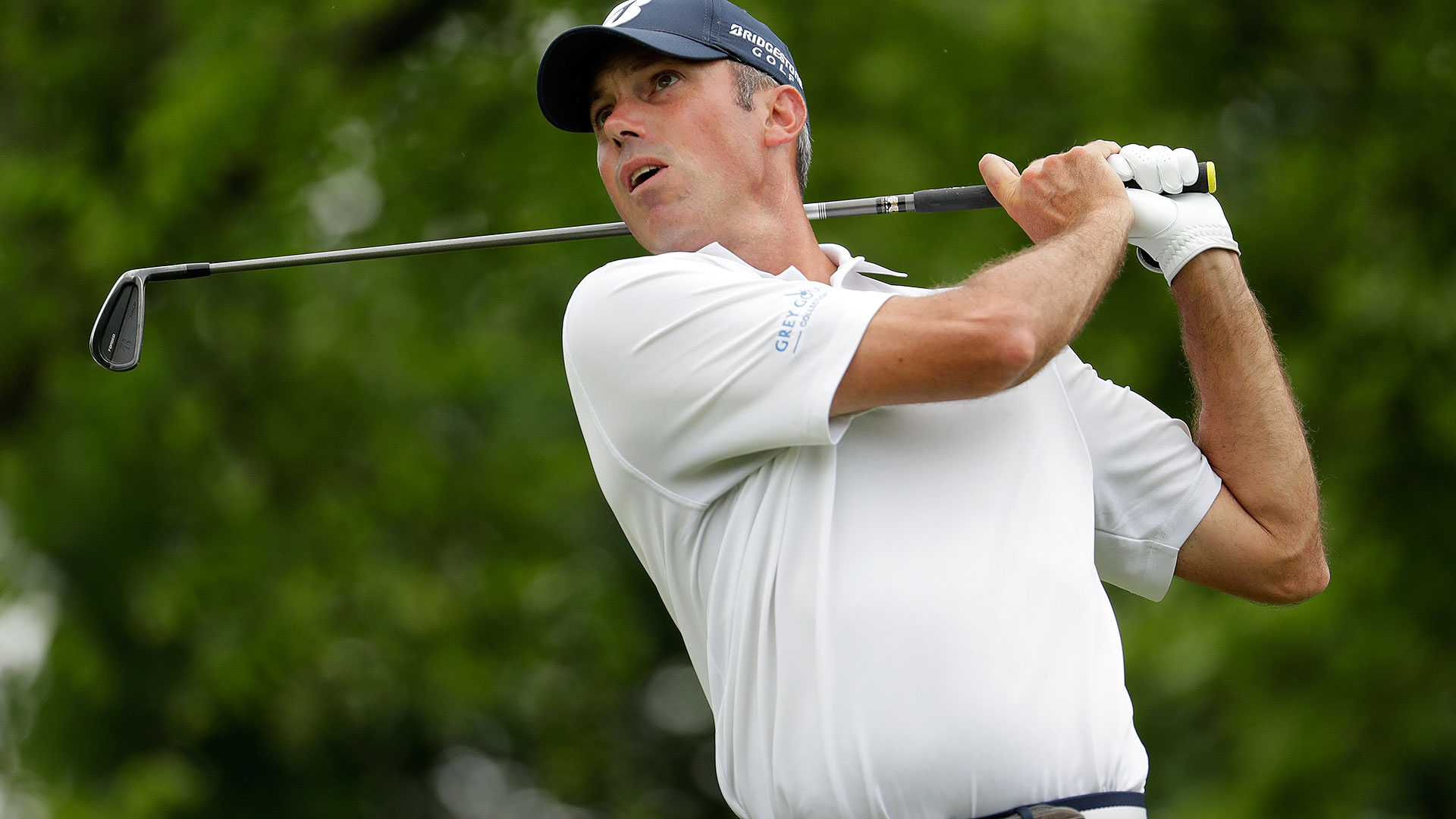 Matt Kuchar birdied four holes on the back nine, but a final-hole bogey dropped him into a tie for the lead in the rain-interrupted Memorial Tournament. Here's how things stand going into the final round at Muirfield Village:

What it means: Kuchar, the 2013 champion, moved into a share of the lead with three holes to play when the horn sounded at approximately 5 PM ET. When he returned to the course, he saved par at 16, missed a makeable birdie put at 17 but couldn't get up and down at 18. McGirt shot to the top of the leaderboard on the strength of a 64 and Woodland turned in a 69.

Round of the day: McGirt, Soren Kjeldsen and Robert Streb all shot 8-under 64. We'll deal with Streb's round first, since he was the only one who was bogey-free. Streb was having an ordinary round, with two birdies on the front for 34, but he caught fire on the back, making six birdies in a closing 30. He's at 11 under, three shots off the lead.

Biggest disappointment: It's not like any of them didn't break 80, but it's safe to say none of the Big Three went home very happy. Jason Day shot 68. Good, right? But he finished with a double bogey. Bad. Jordan Spieth couldn't get anything going in a 74, and Rory McIlroy bogeyed two par-5 holes on the way to a 70.

Shot of the day: K.J. Choi was bunkered on the final hole, but the 2007 Memorial champion finished with a flourish, holing out from 47 feet for a walk-off birdie.

Main storylines going into Sunday: Kuchar would of course love to become a multiple Memorial champion, and other than Dustin Johnson, there isn't much in the way of winning experience right behind him. But Day, despite his ugly finish on Saturay, is just three shots back, and McIlroy is five out.