Lack of sleep no problem for Axley in Tampa 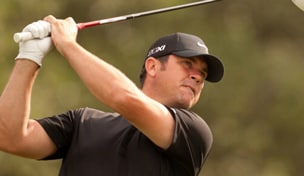 Getty Images
AUGUSTA, GEORGIA - APRIL 09: Dustin Johnson of the United States walks from the second tee during the third round of the 2016 Masters Tournament at Augusta National Golf Club on April 9, 2016 in Augusta, Georgia. (Photo by Andrew Redington/Getty Images)  -

Consider that after Axley finished tied for 24th at last week’s Puerto Rico Open, his first PGA Tour start in 2014, he caught a flight for Florida to prepare for Monday’s qualifying event for this week’s Valspar Championship.

“We had a rough night in Puerto Rico and our flight didn’t land in Tampa until 2:30 (a.m.) on Monday. Just enough time to get a couple of hours of sleep and then at it again,” said Axley, who shot a 67 in qualifying and survived a 3-for-2 playoff to earn a spot in this week’s field.

But considering how things have been going lately for the former Tour winner he’ll take a little fatigue if it means he will continue to play well. Axley, whose last start was the McGladrey Classic in November, was in third place after two rounds in Puerto Rico before struggling on the weekend and narrowly missed qualifying for the Farmers Insurance Open and Waste Management Phoenix Open earlier this year.

Axley said the combination of a swing change and what he called “personal issues” caused him to “kind of get lost” following his victory at the 2006 Valero Texas Open.

“Everything is all straightened out now and I’m playing better,” Axley said. “I’ve been playing well, it’s just getting in four-round tournaments. I honestly feel like I’m better now than I was when I won.”

As a former champion on both the PGA and Web.com tours, Axley has status on both circuits but said his plan is to focus on whichever avenue will get him into the Web.com Tour finals later this fall and following last week’s finish in Puerto Rico that appears to be the PGA Tour.