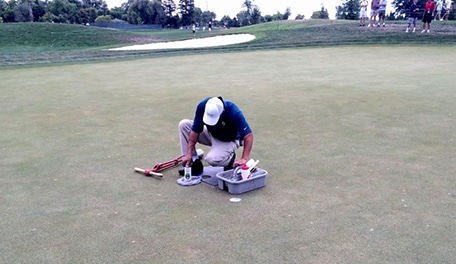 It wasn't enough to record an ace - Neal Lancaster had to ruin the hole for everyone else, too.

Playing the 178-yard par-3 second hole on Sunday at Del Paso Country Club, Lancaster jarred his tee shot and caved in the cup, forcing the grounds crew to cut a new hole two feet from the original so play could continue.

A new hole had to be cut on the par-3 2nd after Neal Lancaster's line-drive ace destroyed the original. #USSeniorOpen pic.twitter.com/yivxv4H3HY

Per Golfweek, Lancaster's playing partner Scott Simpson had to wait seven minutes for tournament officials to decide what to do before he could finish the hole. Jeff Maggert won the U.S. Senior Open on Sunday for his second major victory on the Champions Tour this year. 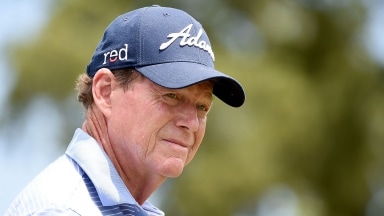 One stroke off the lead in the U.S. Senior Open, 65-year-old Tom Watson is again poised to defy Father Time. 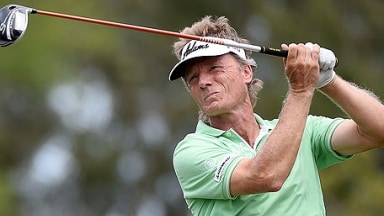 Bernhard Langer and Jeff Maggert shared the lead over a bunched field - including Tom Watson - heading into the final round of the U.S. Senior Open.