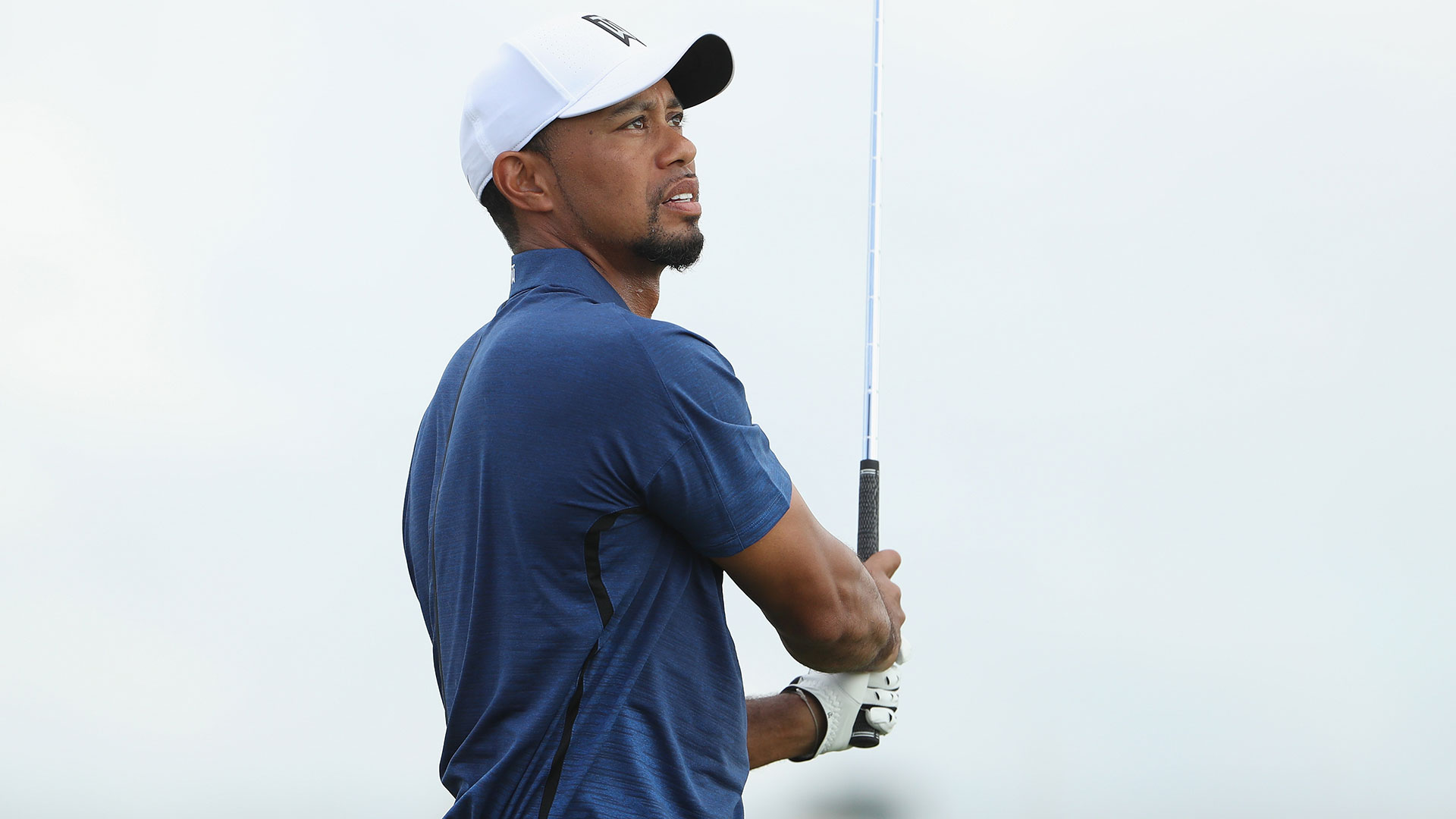 Tiger Woods' latest comeback continues to be measured one social media video at a time.

The latest installment came Monday afternoon, when Woods offered a slo-mo clip of himself hitting a long iron off a tee under the caption of "return of the stinger":

The video showed Woods firing off a shot that has eluded him in recent years as he battled through a series of back surgeries. It also included one of Woods' patented club twirls at the end, further evidence that the 41-year-old is looking to channel his form of old.

Return of the Stinger. #starwars pic.twitter.com/R7srIDGXjl

It remains to be seen when Woods will transfer his game from the fairways of Twitter to those of the PGA Tour. After anterior lumbar interfusion surgery in April, he only last week received clearance from his surgeon to resume full golf activities.

Woods serves as tournament host for the Hero World Challenge, which begins in 38 days and was the site of his most recent comeback 10 months ago. The tournament has already published 16 player names, but two sponsor exemptions are still unnamed which will round out the 18-man field at Albany Golf Club in the Bahamas.