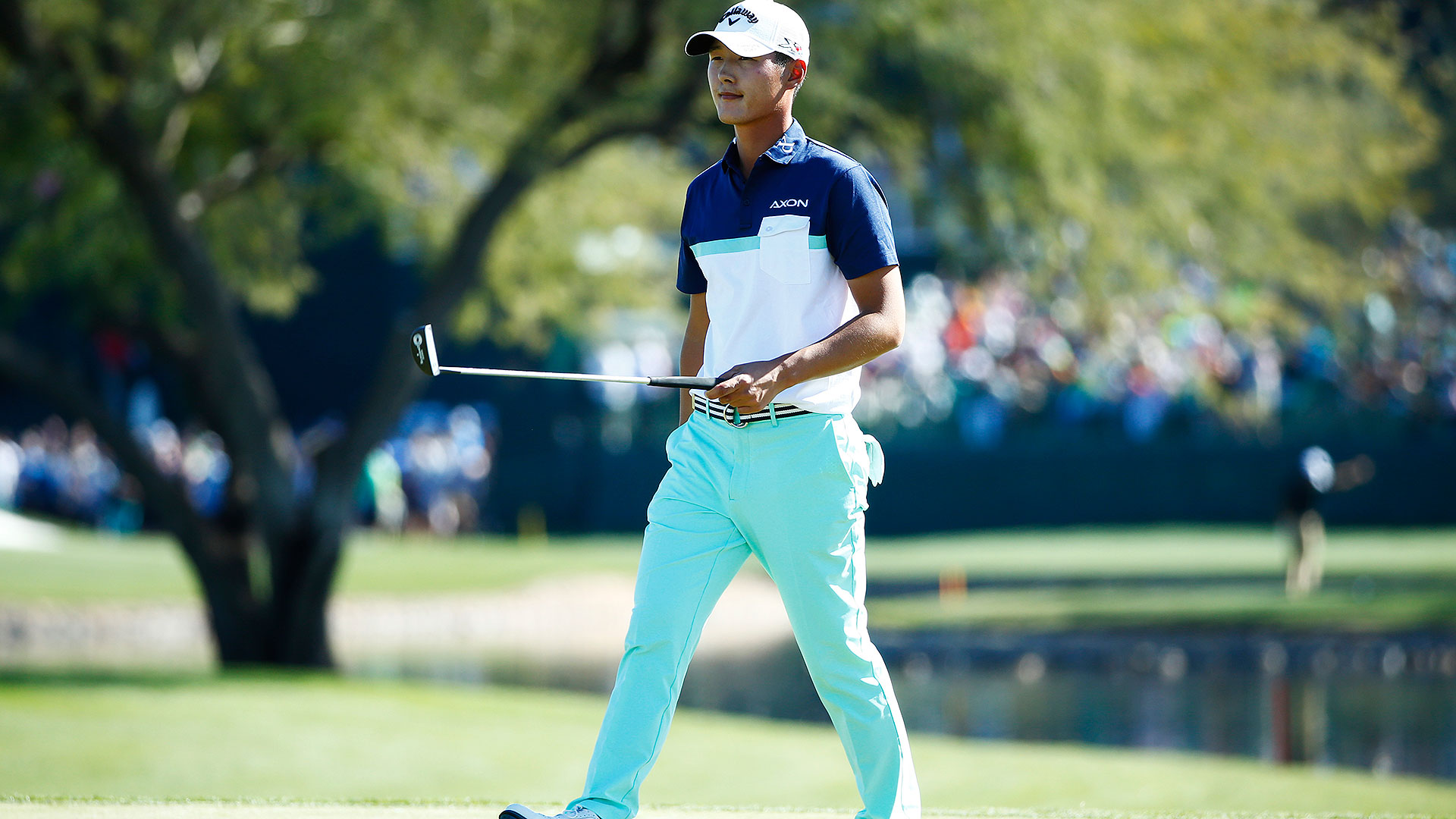 Thanks to a 4-under 67 on Saturday, Danny Lee will take a three-shot lead over Rickie Fowler and Hideki Matusyama into the final round of the Waste Management Phoenix Open. Here’s what went down on a record-setting day at TPC Scottsdale:

What it means: Lee is in search of his second PGA Tour victory after winning the Greenbrier in a playoff last year. One back to start the day, he made four birdies on his front nine and shot even par on the back, making a key birdie on 17 to give himself a three-shot cushion and the first 54-hole lead of his PGA Tour career. In a tie for second, two of the top 20 players in the world, Fowler (4th) and Matsuyama (19th), will play with Lee in the final group Sunday. Fowler struggled to make a move in Round 3, erasing three of his four birdies with bogeys to shoot 1-under 70. He is in search of his fifth worldwide victory since last May. Matsuyama, meanwhile, carded 3-under 68 and is looking to cash in for his second Tour victory, following his maiden win at the 2014 Memorial.

Round of the day: Bryce Molder jumped 33 spots into a tie for fourth with a 7-under 64. He made eight birdies and dropped his lone shot at the par-3 seventh in the middle of a five-hole stretch from Nos. 5-9 that featured four circles. He’ll start Sunday four shots back.

Best of the rest: Boo Weekley and Phil Mickelson both posted 6-under 65. Mickelson turned in a clean card capped off by a 29-foot birdie make on his final hole of the day. Weekley, like Molder, moved to 9 under, while Mickelson sits one shot further back at 8 under.

Biggest disappointment: Overnight leader James Hahn blew up on the back nine en route to a 3-over 74. Hahn played a three-hole stretch from Nos. 12-14 bogey-double-double. A closing bogey after failing to get up and down from a fried lie in the bunker on 18 has him all the way back to a tie for seventh, six shots behind.

Shot of the day: Chad Campbell nearly made the first ace of week on the par-3 16th, inciting the 20,000 fans surrounding the hole – as if they needed to be any encouragement:

Attendance: Saturday's total of 201,003 spectators is the largest single-day crowd to see an event in the United States in any sport other than auto racing.