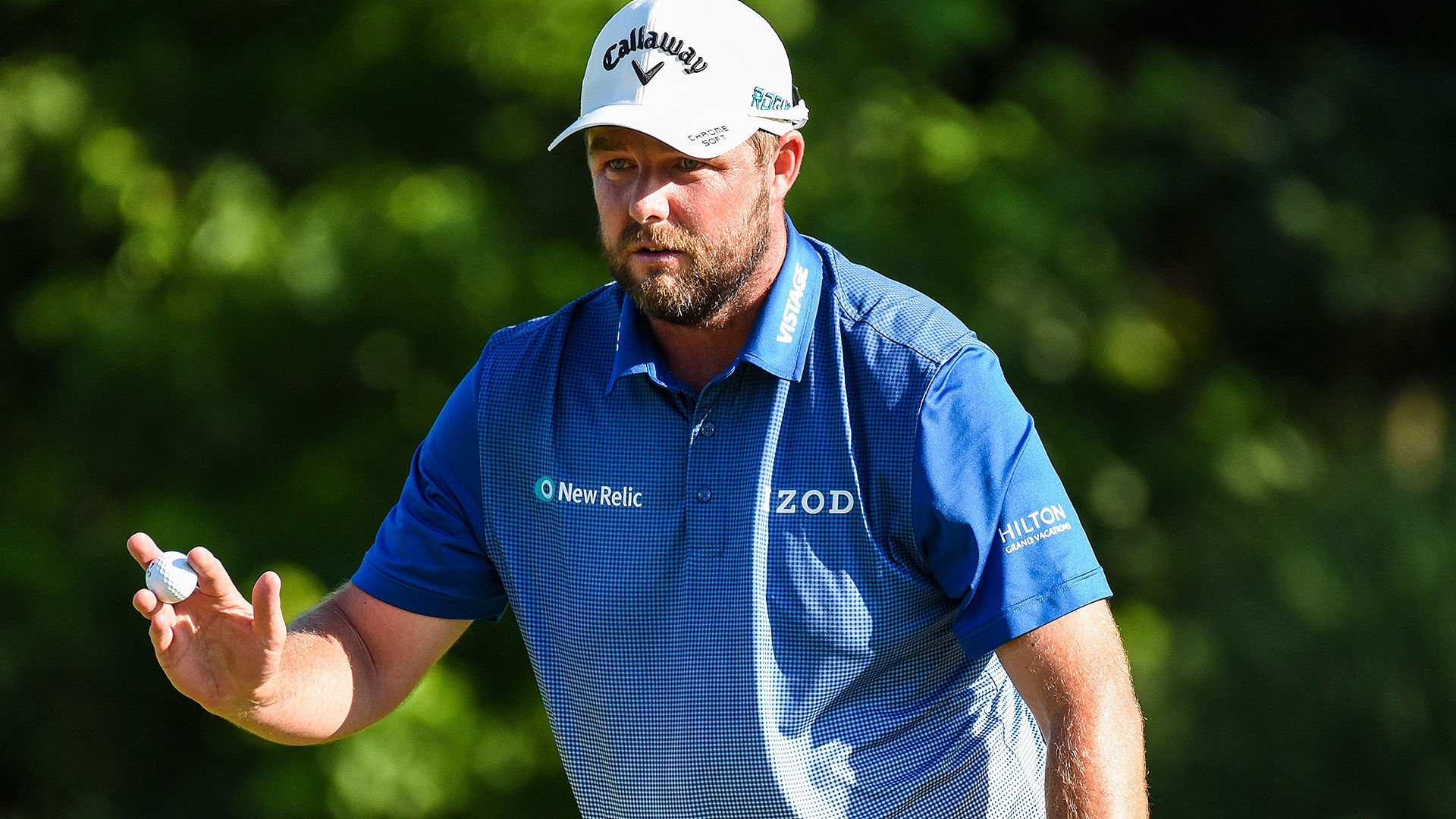 Marc Leishman hit just three of them Thursday and somehow signed for a 3-under 67 at TPC Potomac.

Playing from everywhere but the short grass, Leishman hit 13 of 18 greens, went 4-for-5 scrambling, and took 28 putts.

He’s 117th in strokes gained: off the tee and tied for 10th on the leaderboard, four shots back.

“You're spot on, it definitely wasn't pretty,” Leishman said. “Didn't feel right over the ball [with] the long stuff today. With it being a little bit soft, you can get away with missing a few fairways versus last year when it was firm you'd make a big number. You've just got to grind it out, hopefully you make some putts and managed to do that, so took advantage of the good breaks I got.”

Leishman’s playing partner, who doubles as the tournament host, didn’t totally understand it himself, bringing up Leishman’s round in his own post-round comments, totally unprompted.

“Yeah, this course is tough. It penalizes you,” said Tiger Woods. “Except for Leish today. He hit three fairways and shoots 3 under. That's hard to do on this place.”

The tee ball has proven as issue for Leishman this year, but just as he did Thursday, he’s nonetheless found a way to score. He’s racked up six top-10s including two runner-ups while ranking 144th on Tour this season in SG: off the tee.