Leishman needed week to get over St. Andrews loss 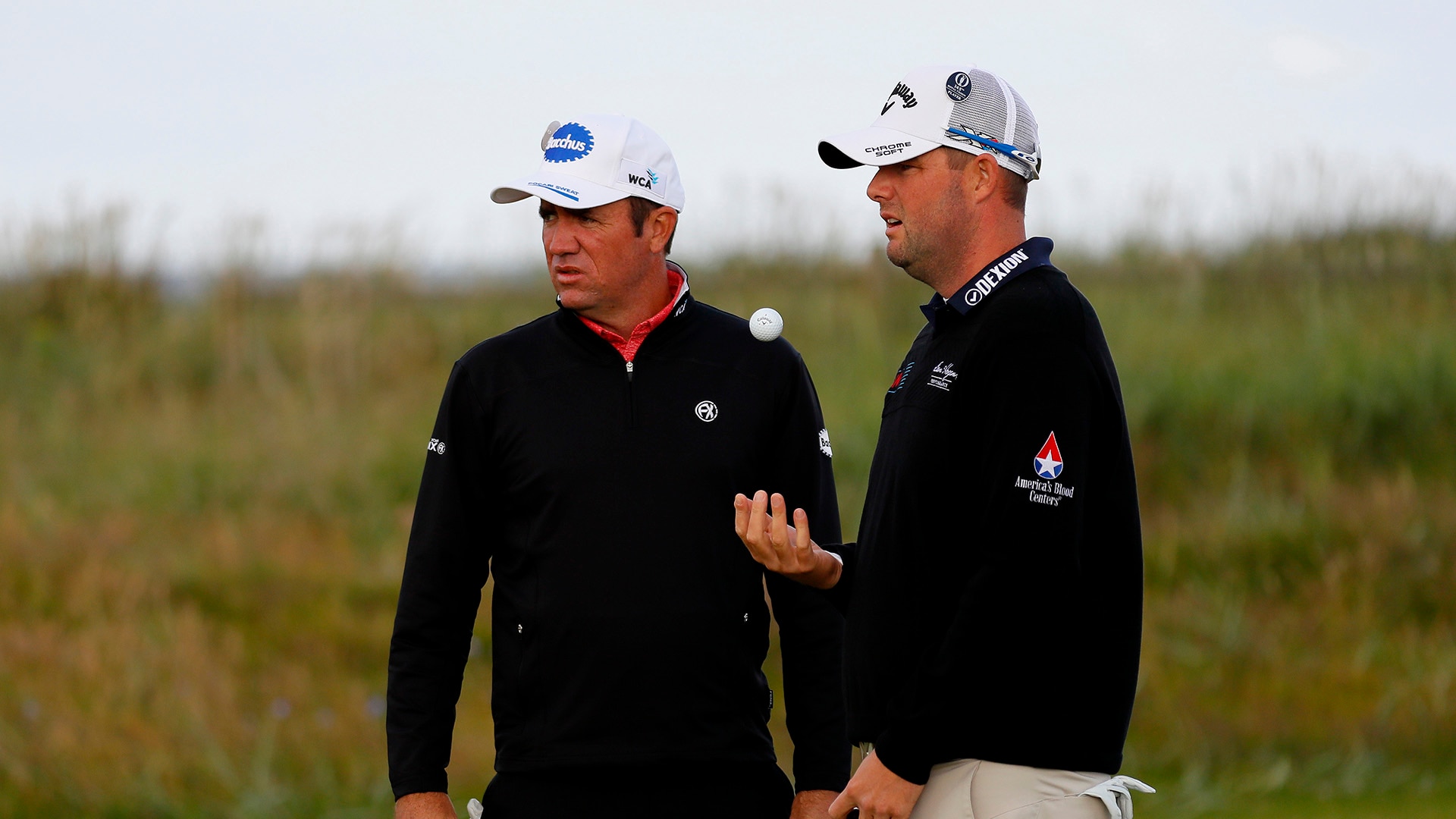 TROON, Scotland – Last week Marc Leishman was sitting at home when a friend texted to tell him Golf Channel was re-airing the final round of the 2015 Open, where the Australian lost a playoff to Zach Johnson.

“I watched until the playoff. I went to bed, but I didn’t particularly want to watch it either,” he said on Wednesday at Royal Troon. “There were a lot of good memories. I hit a lot of good shots that weekend.”

A few bad shots still stand out as well, like his putt for par at No. 16 on Sunday (which led to his only bogey of the weekend) and birdie at the 18th hole (which he missed).

Leishman normally doesn’t dwell on loses, figuring in golf it’s best to keep your focus looking ahead, but his near miss at the Old Course was different.

“It hit me about a week later, how close I was to winning The Open. But I’m not one to stew over things, I let them go pretty quickly,” Leishman said. “I always say to my wife, ‘If I have a bad day I need 10 minutes and I’ll be good.’ That one I needed about a week for it to be completely out of my head.”

But the loss also gave Leishman plenty of confidence going into this week’s Open. Along with last year’s runner-up showing, he finished tied for fifth in 2014 at Royal Liverpool and said he’s always felt comfortable playing in the wind and rain.

“I love it. This is what I grew up on,” said Leishman, who closed with rounds of 64-66 on the weekend last year at St. Andrews. “There’s a lot of instinct growing up in the wind. You almost need to throw the numbers out the window and go with instinct and imagination.”