Lewis breaks 70 in first round for first time this season 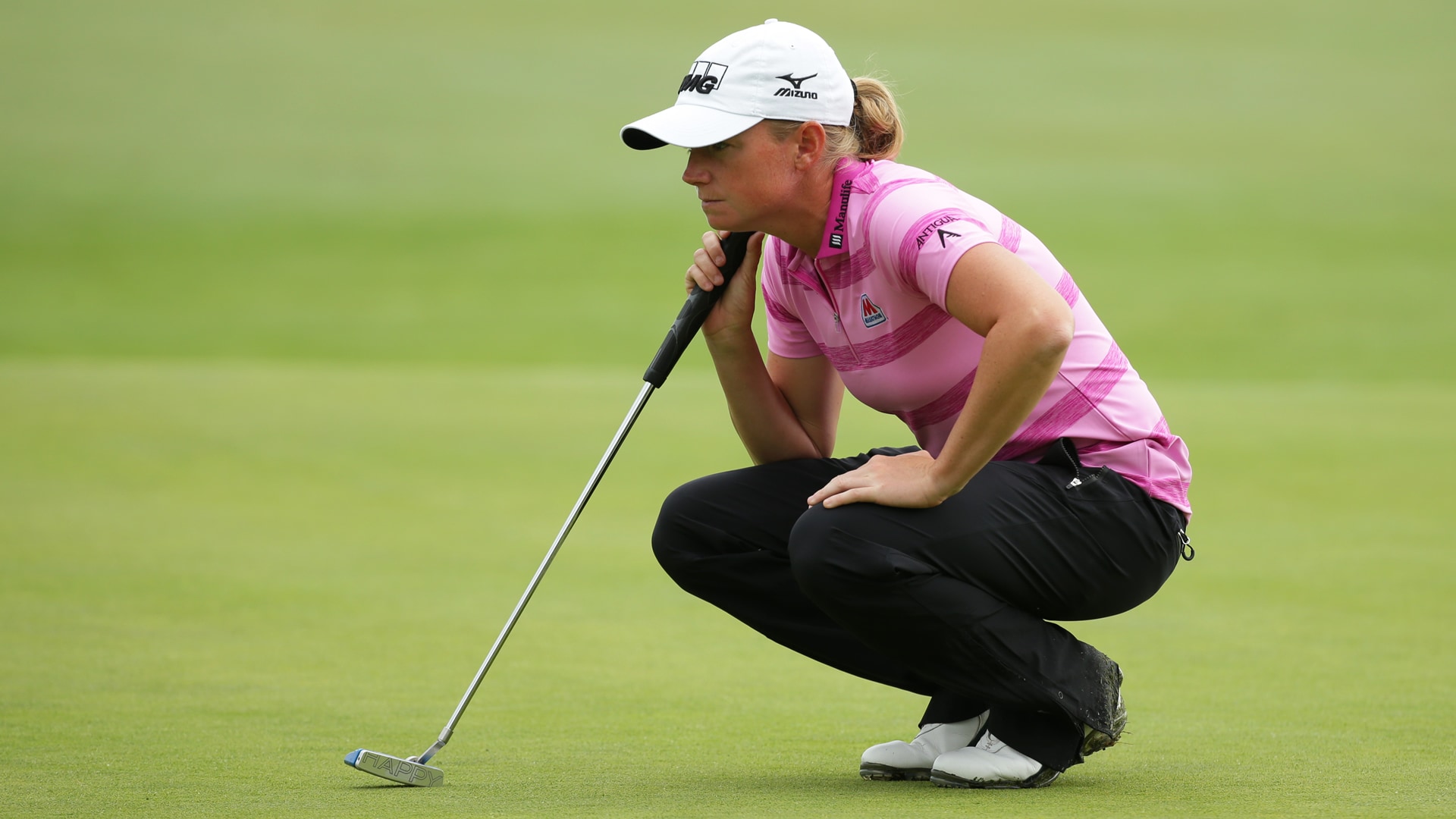 Stacy Lewis put herself in early position Friday to claim her 12th LPGA title, her first in nearly two years.

Lewis opened the ShopRite LPGA Classic with a bogey-free 5-under-par 66, good for a tie for third when she signed her scorecard, just two shots behind the leader, Anna Nordqvist.

“I think that’s the best first round I’ve had all year,” Lewis said.

In fact, it was Lewis’ best opening round this season by four shots. It marks the first time she has opened with a round in the 60s this year.

“The first round’s kind of been my thing, and to get off to a good start is a really good thing,” Lewis said.

Lewis has two second-place finishes this year, 10 since her last victory. She is on friendly terrain at Stocton Seaview Hotel and Golf Club as she seeks her first victory in 50 starts, since she won the Walmart NW Arkansas Championship in late June of 2014. She won the ShopRite Classic in 2012 and ’14.

Lewis is hoping a quick start will help her join Annika Sorenstam and Betsy King as the only players to win the ShopRite three times.

Lewis has her swing coach, Joe Hallett, with her this week as she prepares for next week’s KPMG Women’s PGA Championship at Sahalee Country Club in Seattle. Lewis will be trying to win her third major championship.

“I like to have my coach come out the week prior to a major, so we can do work this week so next week are just freeing it up and playing,” Lewis said. “The things we worked on early this week were pretty good today. I would have liked to have driven it straighter. That’s definitely a key focus going into next week, making sure I’m hitting the driver well.”