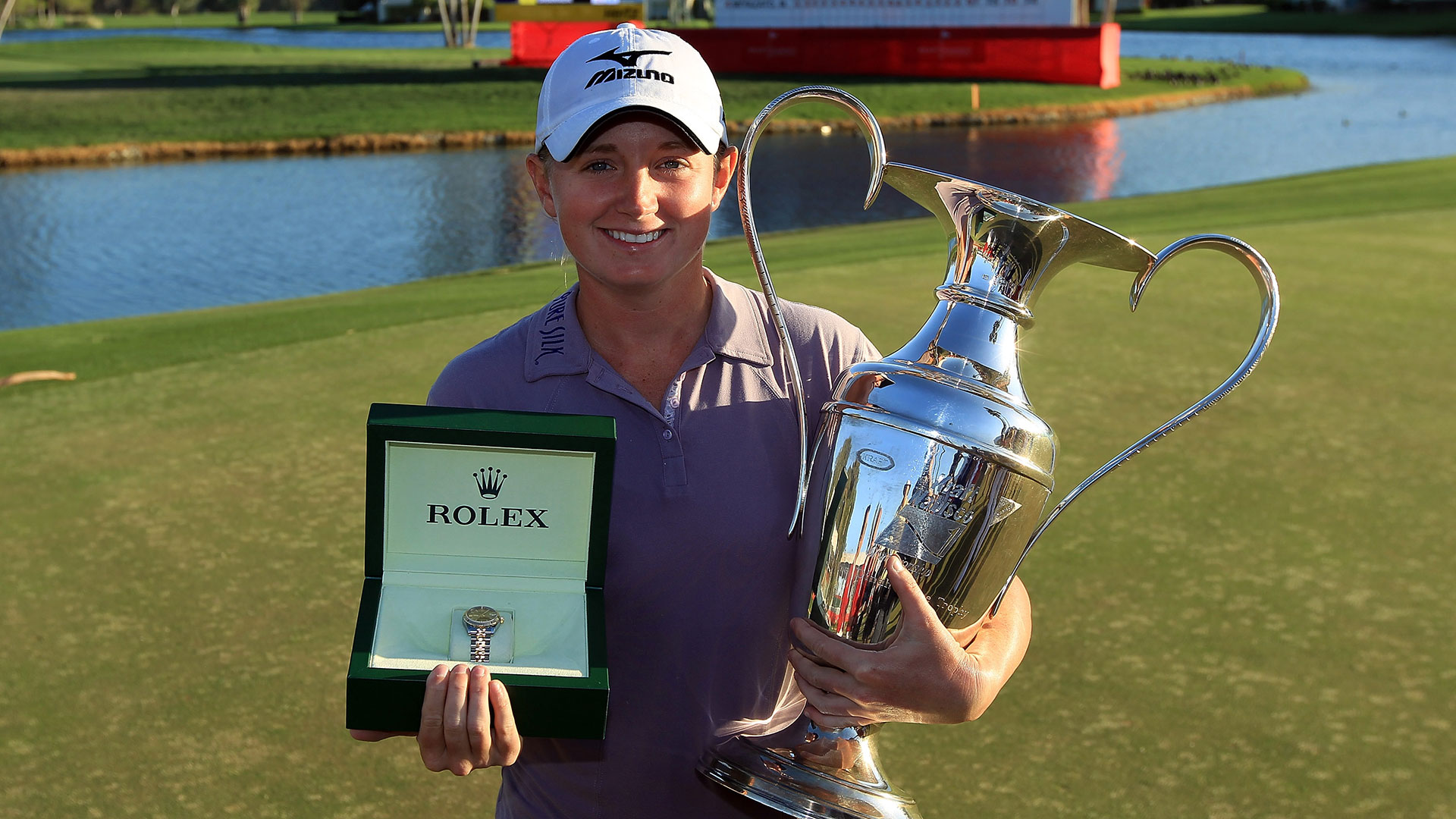 RANCHO MIRAGE, Calif. – Stacy Lewis is eager to see a return to a tougher setup at the ANA Inspiration, and it’s looking as if conditions will help deliver it.

Mother Nature is doing her part.

A wet winter here helped thicken the rough at Mission Hills, and then a recent dry spell helped make the greens firm and fast.

“I’ve been kind of disappointed on this golf course the last few years, because it’s been so soft and the rough hasn’t really been what it was, maybe five, six years ago,” said Lewis, who won this championship in 2011. “That’s how this course should be played. It should be played firm and fast where you have to worry about how far your drive is going. It’s a major. It should be hard.’

The course is set up to play 6,763 yards, the longest setup on tour so far this year.

Lewis believes course setup should generally be tougher on tour. Three of the year’s first tournaments were won with 72-hole record scores. The average winning score this year is 20 under par. The LPGA’s last major, the Evian Championship, was won by In Gee Chun at 21 under, the lowest score by a man or woman in major championship history.

“I definitely think play has gotten better, but I’ve also noticed over the last year and a half that our golf courses have gotten a lot softer,” Lewis said. “Softer golf courses mean you don’t have to think as much. You can be more aggressive and you can go at pins. There’s not as much penalty for a bad shot.

“I’ve been on our agronomist a little bit about things being so soft. It’s hard to separate a field that way, of who is really playing the best.”

As an added challenge, winds are forecast to be strong in Thursday’s opening round.