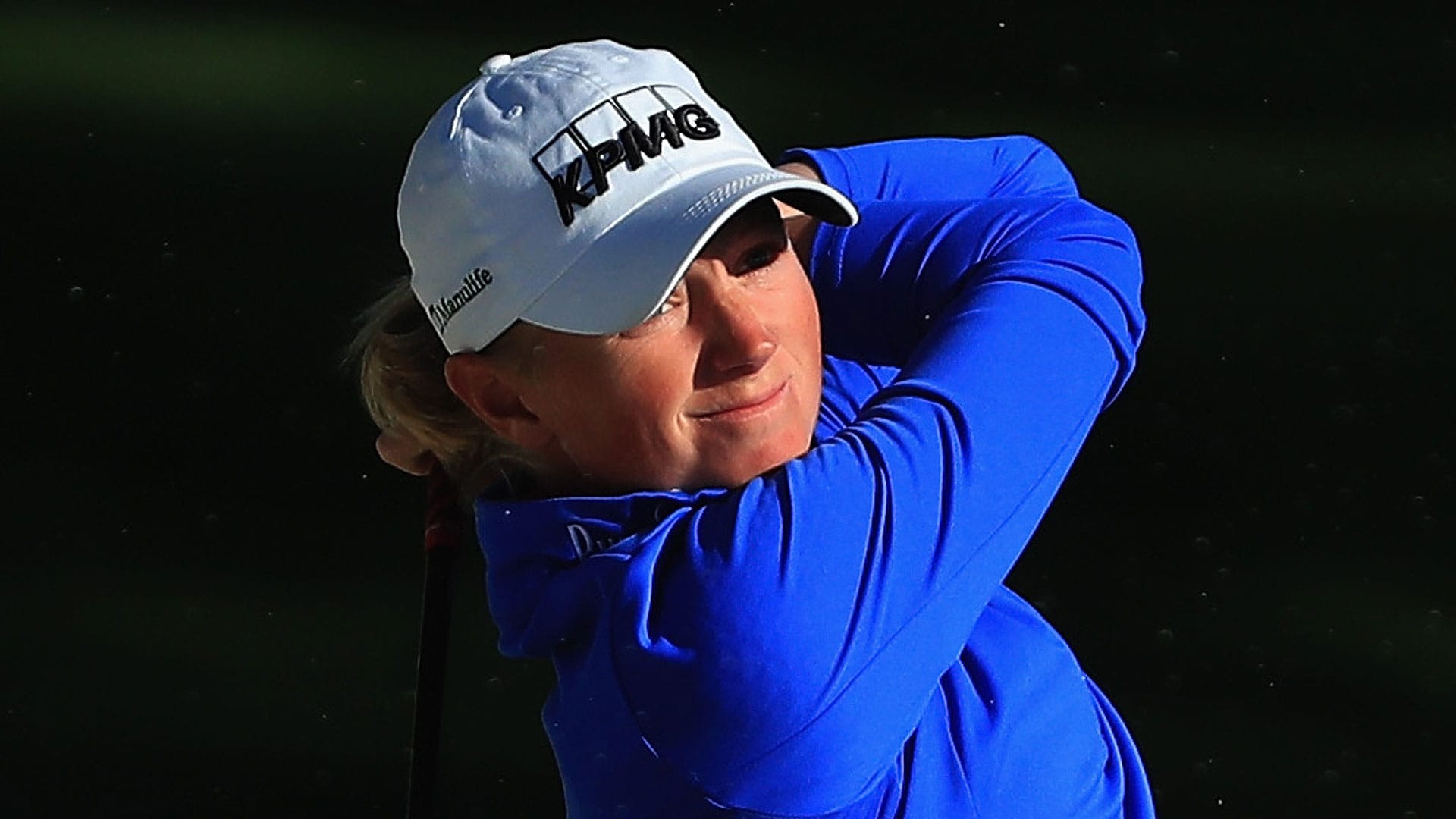 Rolex world No. 1 Lydia Ko and No. 2 Brooke Henderson are in the field this week at the LPGA’s Walmart NW Arkansas Championship, but Stacy Lewis is the headliner.

A University of Arkansas graduate, Lewis won the NCAA individual championship in 2007 and will be the overwhelming fan favorite at Pinnacle Country Club in Rogers, Ark. The course is just 20 miles north of the Arkansas campus.

The last of Lewis’ 11 LPGA victories came in this event two years ago, and she’s hoping the atmosphere helps her break her winless spell.

“I would love for it to be here,” Lewis said. “More than anything, I would just love to be in those last few groups coming up the last couple holes, because I think that's to my advantage. I get a little bit of the home-crowd advantage coming in.

“I love this place. I love this golf tournament. The win here two years ago, other than the British Open at St. Andrews, I don't know how else you top that. I can still remember making that putt on 18 and how loud it was. And the putts on 15 and 16, I mean it was so loud coming in, it was just one of the coolest experiences I've ever had on the golf course. I would love, definitely love, to repeat again.”

Lewis will be busy this week. Her duties include being host to the KPMG Junior All Star Invitational, which ends Thursday. With her wedding just six weeks away, Lewis has been balancing personal and professional challenges all season long.

How is it affecting her game?

“I would definitely say the golf itself is not where it needs to be, but I feel like, personally, I'm in a great place,” Lewis said. “A lot of good balance going on in my life. I mean, the golf is what it is. Your golf is going to be in cycles. You're going to have peaks where you're going to win, and then you're kind of going to play bad for a little bit, and then you're going to win again. That little valley just happens to be a little longer right now, and I feel like I'm working on the right things, and we're moving in the right direction, and that's all you can really do.

“Wins just don't happen by snapping your fingers. You've got to work on it, and we'll get there.”

Lewis’ marriage to University of Houston women’s golf coach Gerrod Chadwell is scheduled Aug. 6, 11 days before the Olympic women’s golf event begins in Rio de Janeiro. Lewis dropped another spot in the Rolex World Rankings this week, falling to No. 10, but she remains a favorite to make the American team. She just isn’t certain yet whether she would go because of the Zika virus threat.

“The Olympics would be a great honor,” Lewis said. “I think the way I've worked it out in my head is that we have 20 opportunities to win a major championship every four years. You have one opportunity to win an Olympic medal in four years. So, if that doesn't make it special, then I don't know what does.

“To me, it's a big deal. It’s an opportunity to showcase our sport, take it around the world and just to be a part of being around the other athletes and going to the other events and seeing what they're doing and cheering them on because they're part of Team USA. I think that’s going to be the coolest part about it.”

“Zika is definitely a concern to me,” she said. “I would like to have a family, and while it's not in the immediate future, but definitely down the line ... I'm still researching [Zika] and still trying to figure things out. I don't want to pull my name out of the list or anything prior to figuring out who is going. Until I see my name officially on that list, I'm going to continue to talk to some of the different organizations. The tour’s been great about giving us resources. So, my decision hasn't been made, but I would like to go. I hope that everything's OK enough that I can go.”