Lewis shoots 70 with (unborn) baby onboard 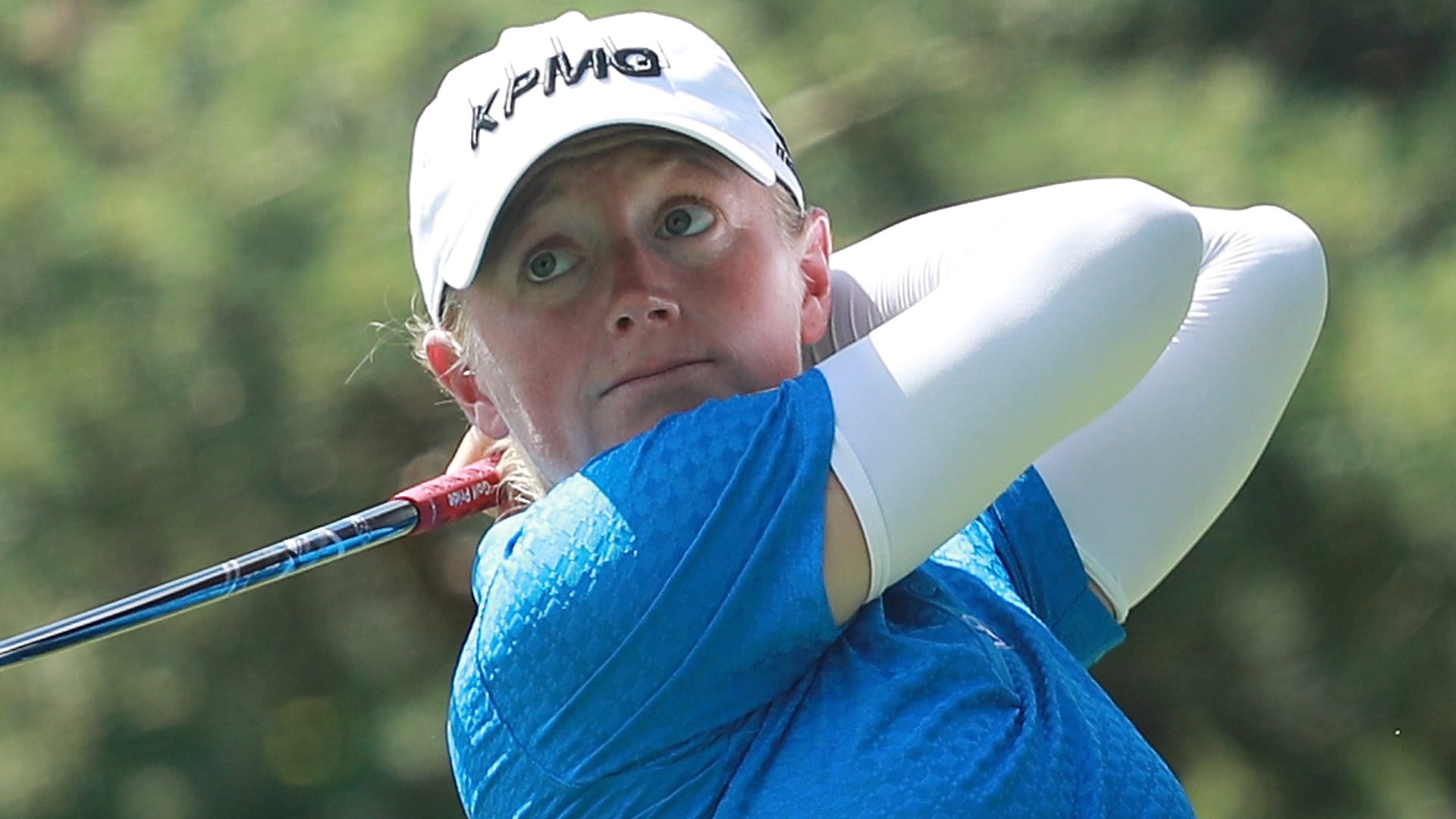 KILDEER, Ill. – Stacy Lewis says she is losing some distance, but she is still swinging quite nicely around her emerging baby bump.

Lewis opened the KPMG Women’s PGA Championship Thursday with a 2-under-par 70 to move into position to try to win with her unborn daughter in tow.

If Lewis is hoisting a trophy come Sunday, that will be quite the story to share with her daughter someday.

Make no mistake, Lewis is aiming to do just that.

Lewis, 33, birdied three of the final four holes. She is seeking her 13th LPGA title, her third major championship.

After this week, Lewis will play the Marathon Classic in two weeks in her final start of the year. She’ll take the rest of the year off to prepare for her baby’s arrival.

“As I've said, things are getting a little harder, and the energy level is getting a little bit tougher, so I have to manage things better,” Lewis said. “But I'm looking forward to the break. I'll be ready for it, I think, coming in a couple weeks.”

Lewis wouldn’t be the first LPGA player to win while pregnant. Nancy Lopez did it at least twice.