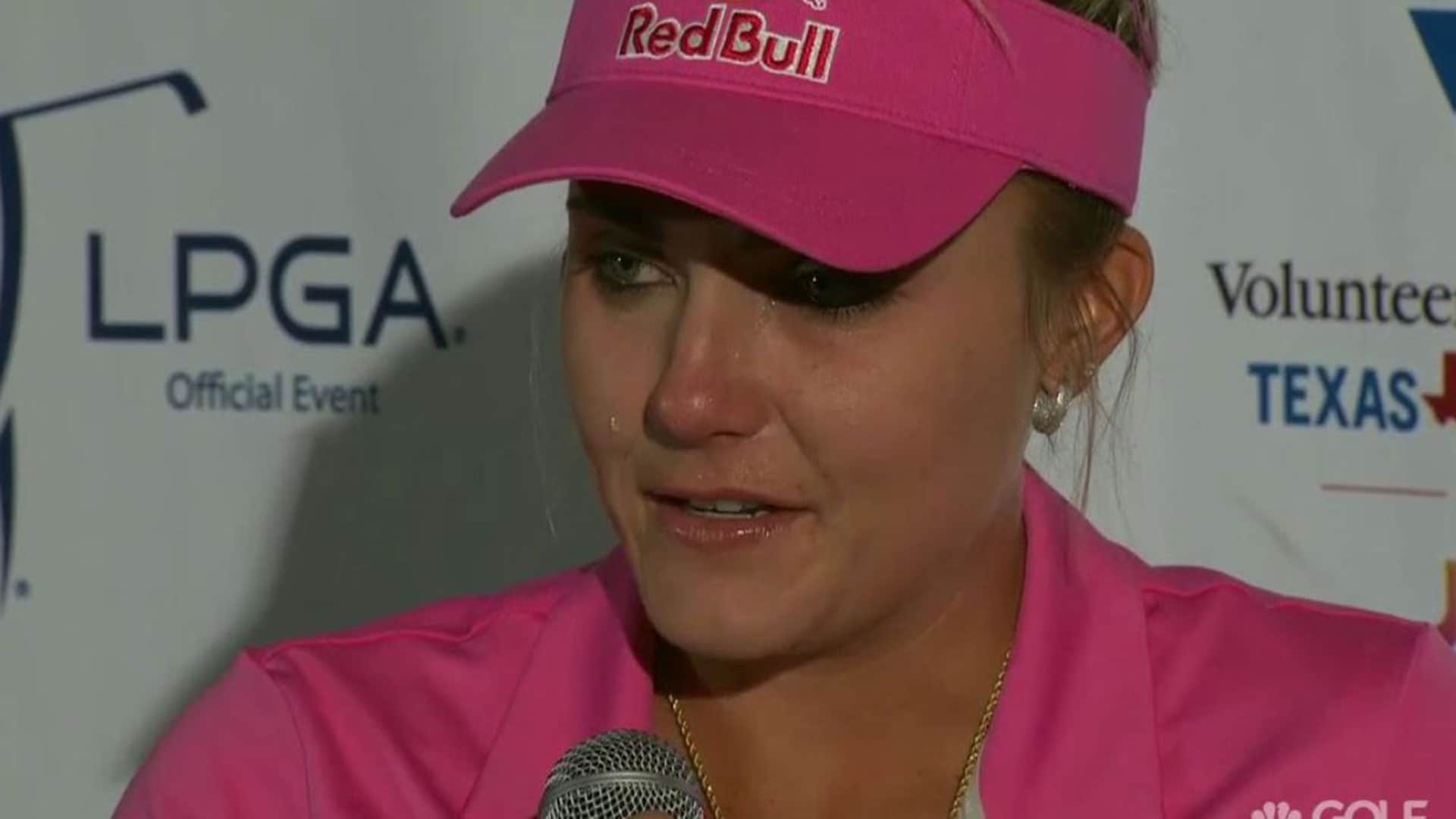 IRVING, Texas – Lexi Thompson cried Wednesday recounting what the last three and a half weeks have been like since a four-shot penalty in the final round of the ANA Inspiration cost her a chance to win her second major championship.

“It was kind of a nightmare,” Thompson said in a news conference at the Volunteers of America Texas Shootout, her first meeting with media since the controversial penalty was handed down.

“It’s been an interesting three weeks,” Thompson said. “It’s been really hard on me, especially the first week back. A little less sleep than usual, but I’ve just been spending a lot of time with my family and friends and working out a bunch, and just taking time for myself just to regroup myself and get back to practicing a lot.”

Thompson will tee it up Thursday at 2:21 p.m. ET in her first start since the ANA Inspiration. She wiped away tears in the middle of her news conference, during which she was also asked to explain if she thought she did in fact commit an infraction on the 17th green on Saturday, when she marked her ball for a 15-inch putt. She was penalized two shots for that on Sunday, after a TV viewer alerted the LPGA that Thompson may have violated Rule 20-7c with the mark. She was also penalized two shots for signing an incorrect scorecard and ended up losing the championship in a playoff.

Thompson didn’t directly answer when asked if she thought she committed an infraction. She explained that she uses a mark on her ball to line up putts and it may have been a factor in the way she marked her ball there.

“I have seen the video, and I can see where they’re coming from with it,” Thompson said. “It might have been, I guess, me rotating the ball, but like I’ve said, I always played by the Rules of Golf. Growing up with older brothers, they were always on me for playing the Rules of Golf. There’s no need for me to improve anything. Those greens were absolutely perfect and the whole week there was absolutely nothing in my line to be moving it from anything. So, I have no reason behind it. I did not mean it at all.”