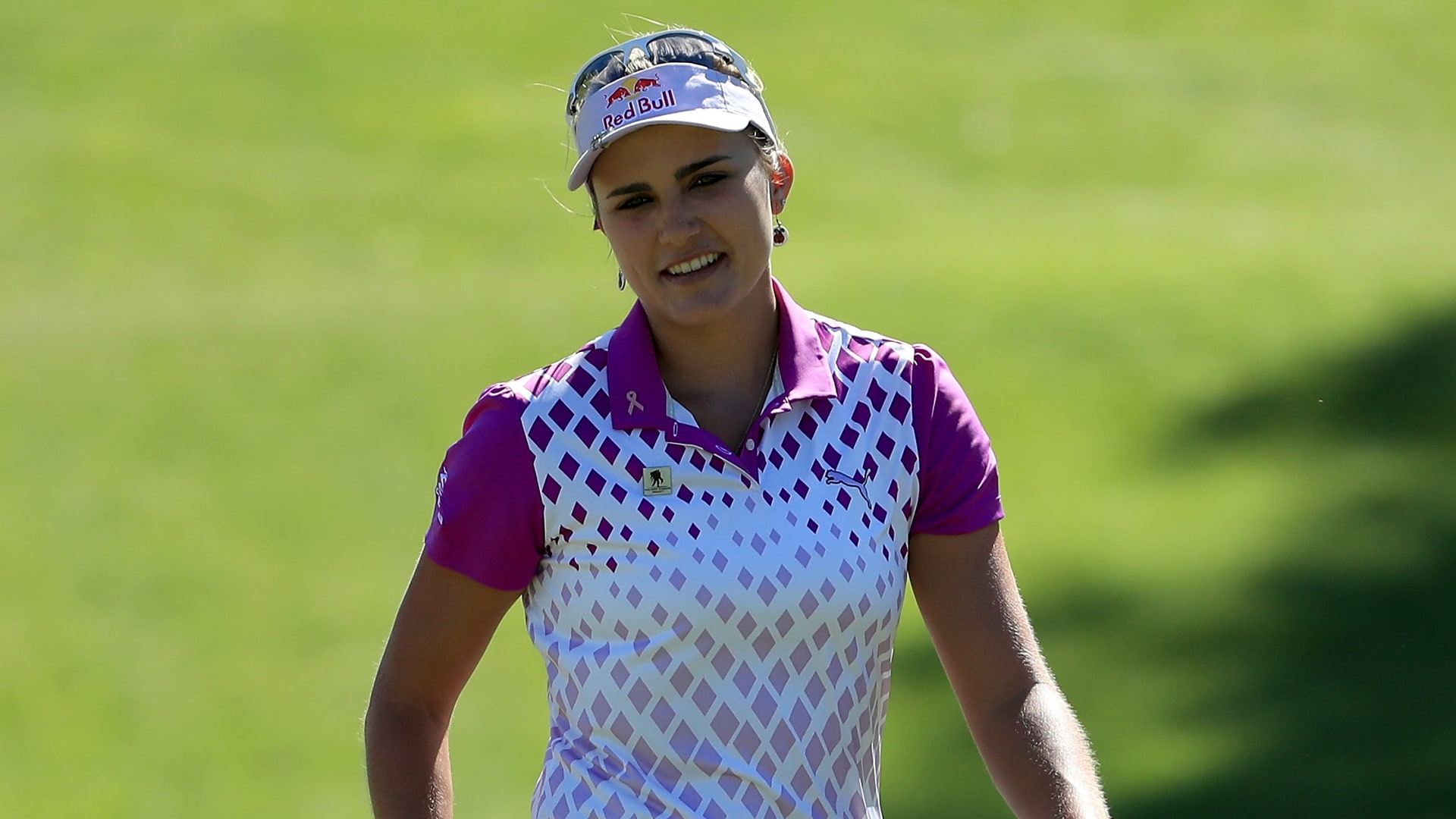 RANCHO MIRAGE, Calif. – Lexi Thompson made a bold move overhauling her putting going into the year’s first major championship, and it paid off with a strong start Thursday at the ANA Inspiration.

Thompson opened with a 3-under-par 69 to get into early contention to win her second major.

Frustrated with her putting at the Kia Classic last week, Thompson made major changes.

“I basically changed everything this week,” Thompson said.

Thompson ditched her “eyes-closed” putting routine, narrowed her stance and put an exotically configured new putter in her bag. She went to the Cure’s RX 5 putter, which looks a little bit like a pair of binoculars attached to the bottom of a shaft.

“It's just all about confidence, really,” Thompson said. “That's all putting is. I'm feeling good with it.”

Thompson, 21, won the Honda LPGA Thailand last month putting with her eyes closed. She had them wide open Thursday at Mission Hills and loved what she was seeing. She needed just 27 putts in a round of four birdies and a bogey.

“There's not as much pressure on my long game when I’m putting well,” Thompson said. “I missed a few greens but gave myself looks for pars. When I had birdie putts, I knew I was stroking it well, so I went into it a little more confidently.”

“I love this golf course, and it's obviously in great shape for us this week,” Thompson said. “It's so pure right now. Yeah, I just love being here in Palm Springs. It brings back a lot of great memories and a lot of confidence, so I'm looking forward to the rest of the week.”

Thompson was in a featured pairing with Brittany Lincicome, the defending champion. Lincicome opened with a 72. They’re big hitters who put on a long-distance show. Thompson led the entire field on Thursday, averaging 280.5 yards per drive. Lincicome averaged 259 yards per drive but it’s unclear if she hit driver on each of the holes used to measure drives.

“We hit a lot of drivers and 3-woods out there,” Thompson said. “She’s a lot of fun. She's so relaxed and always cracking jokes. Even when she hits a bad shot, you can never really tell.”