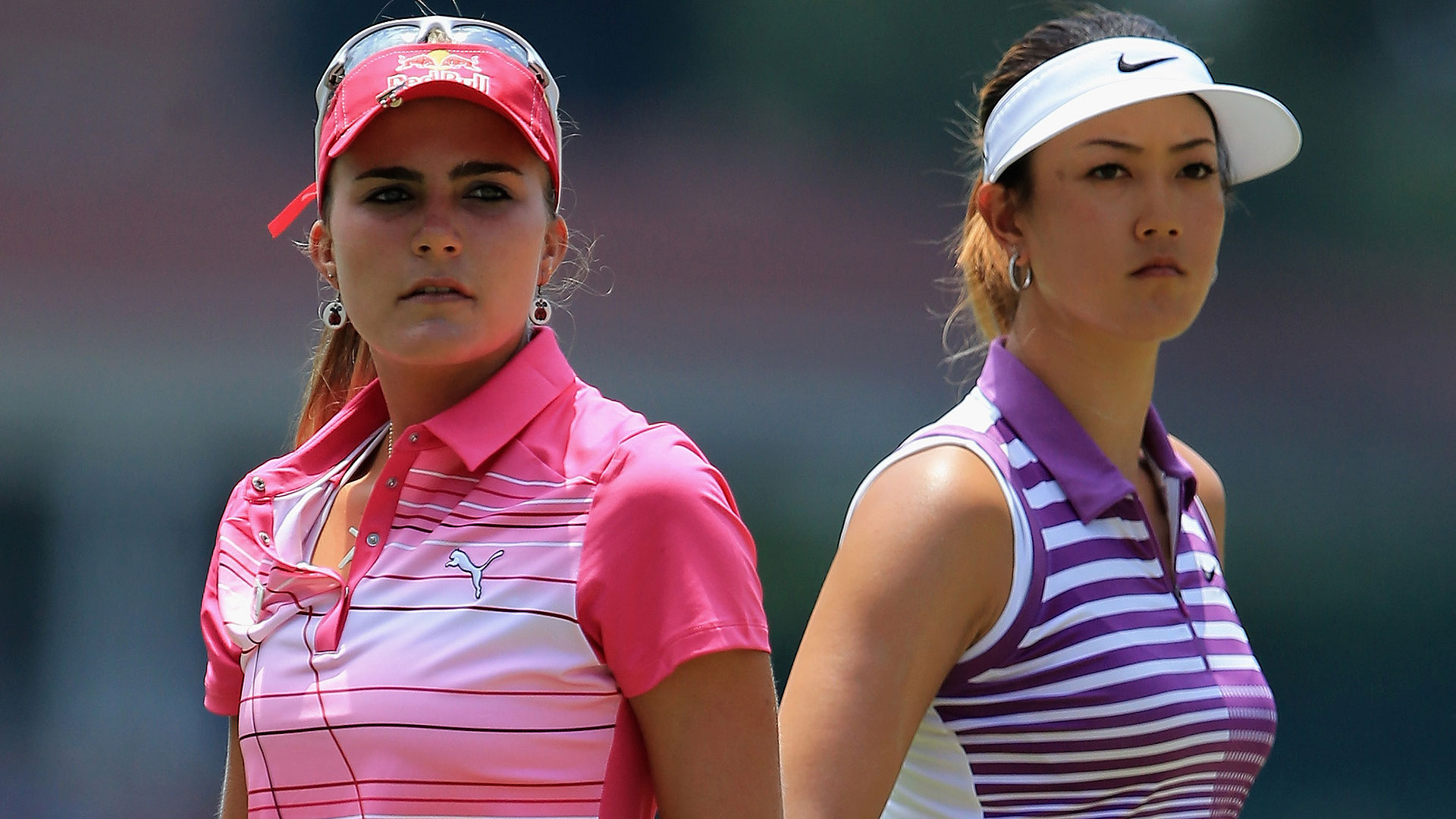 The big-hitting American trio of Lexi Thompson, Michelle Wie and Jessica Korda will be looking to provide some early summer fireworks at next week’s U.S. Women’s Open at Shoal Creek outside Birmingham, Ala.

Thompson, Wie and Korda will tee it up together in the first two rounds.

Here’s a look at some of the notable groupings with full tee times listed below:

Thompson nearly dominated the 2017 season, winning twice while finishing second six times. She won the Vare Trophy for low scoring average and was the Golf Writers Association of America Female Player of the Year, but she’s still looking for her first title this year. It couldn’t come at a better time next week as she bids to win her second major. Wie and Korda have both won this year. Wie, the 2014 U.S. Women’s Open winner, won the HSBC Women’s World Championship in Singapore in March. Korda won the Honda LPGA Thailand in February and takes strong form into her bid to win her first major.

World No. 1 Park is coming off her first victory in a Korean LPGA event last week. She won the LPGA’s Bank of Hope Founders Cup in March. The two-time U.S. Women’s Open winner has finished T-3 or better in five of her eight worldwide starts this season. Chun, the 2015 U.S. Women’s Open winner, is coming off a strong effort in a playoff loss at the Kingsmill Championship. She is looking to become the first player in LPGA history to make her first three LPGA titles major championships. Jutanugarn is just a month removed from winning her first LPGA title at the Hugel-JTBC LA Open.

Park brings momentum in her bid to become the first player to win back-to-back U.S. Women’s Open titles since Karrie Webb did it in 2000 and ’01. Park won the Volunteers of America Texas Classic in her last start three weeks ago. Kim broke through to win her first major last summer at the Ricoh Women’s British Open. Schubert is the reigning U.S. Women’s Amateur champ who just finished up her senior season at the University of Texas.

Lindberg will be looking to make it back-to-back major championship titles after winning the ANA Inspiration in dramatic fashion in April, defeating Inbee Park in a playoff for a wire-to-wire victory. Kerr, the 2007 U.S. Women’s Open champ, is looking to claim her third major championship and move closer to the LPGA Hall of Fame. A victory would move her with three points of the 27 required. Kim is a six-time LPGA winner seeking her first title this year after winning in each of her first three seasons on tour.

Jutanugarn is coming off a victory Sunday at the Kingsmill Championship, her first this year and the eighth of her career. She’s looking to add a second major to the Ricoh Women’s British Open title she won two years ago. Ko won the ISPS Handa Women’s Australian Open in February. She’s becoming a fixture on leaderboards, with six top 10s in nine starts in this her rookie season. Lewis is in a year of transition after announcing last month that she is pregnant with her first child. She expects to make only a few more starts this summer before putting away the clubs after the Marathon Classic in July to prepare for the baby’s birth.