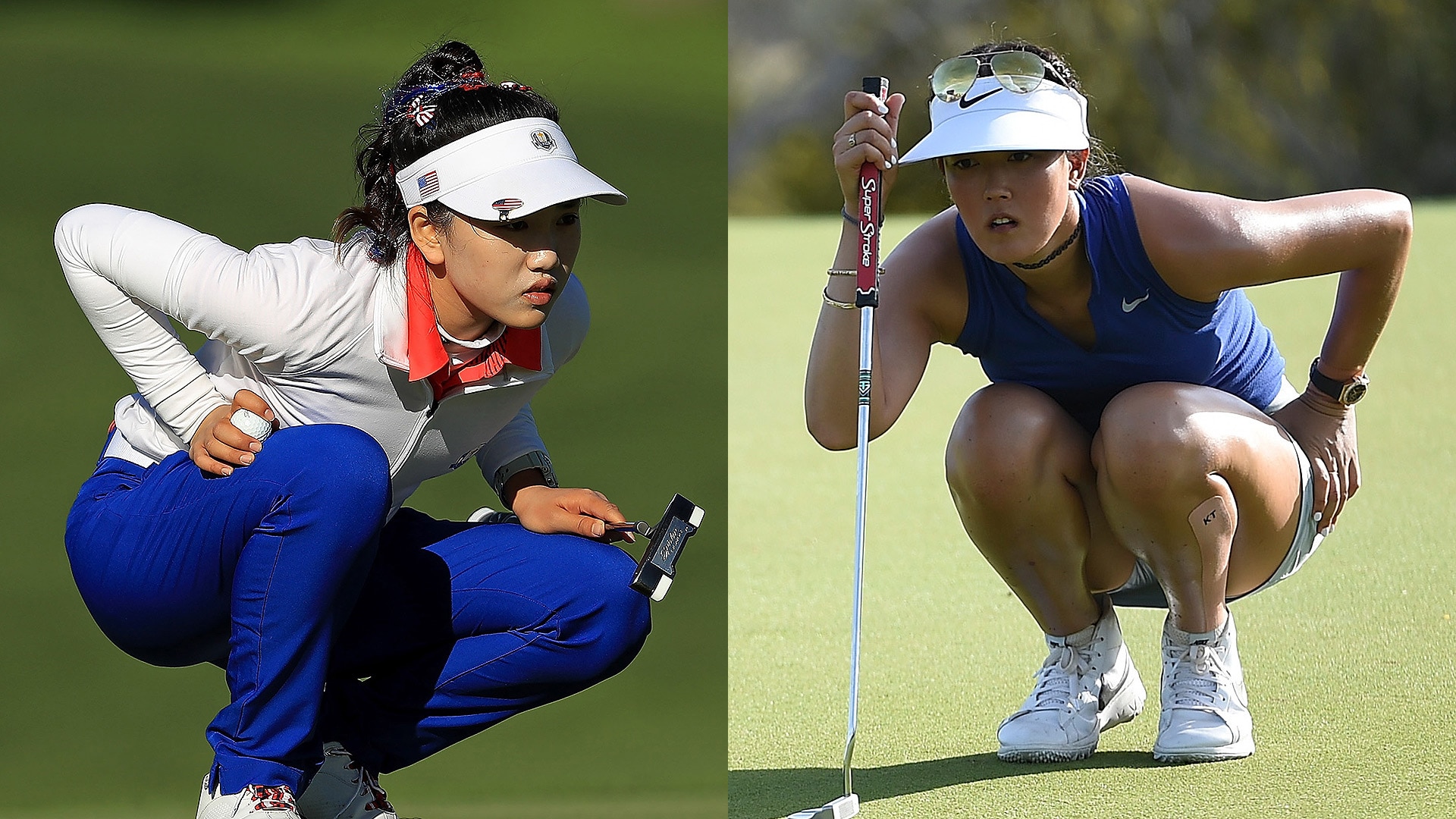 Li made some history back then, qualifying for the U.S. Women’s Open as an 11-year-old, the youngest ever to do so.

She was on the practice putting green at Pinehurst that week when Wie approached her to introduce herself and chat.

That made Li feel better about seeing the ANA Inspiration pairings when they came out Tuesday. Li will be playing the first two rounds with Wie. Li earned her spot in the field winning the ANA Junior Inspiration.

“I’m really excited about playing with her,” Wie said. “It brings back memories of when I first played here as a 13-year-old.”

Li was just 1 when Wie played in her first ANA Inspiration (then the Kraft Nabisco), but Li has followed Wie’s career.

Wie made international news tying for ninth playing her first Kraft Nabisco. She tied for fourth as a 14-year-old and tied for third as a 16-year-old.

Wie knows both sides of a phenom/veteran pairing. She was also paired with Lydia Ko when Ko made her Kraft Nabisco debut as a 15-year-old.

While most major champs might not like being paired with an unproven young teen, Wie’s empathetic. That’s why Wie said she sought out Li at Pinehurst.

“I remembered what that was like,” Wie said. “I didn’t want her to feel like a fish out of water.”

Li may be 14, but she’s already a junior in high school. She ought to be a freshman, but she has raced two years ahead in her home-schooling program.

With some big choices about her future already looming, Li was asked if she’s thinking about a pro career or heading to college.

“I really haven’t even thought about that yet,” Li said. “It will depend on how good I am. We don’t want to get ahead of ourselves.”

After her U.S. Women’s Open appearance, Li didn’t rush into a lot of national events. She has been focused on mostly Northern California junior events, but she has ventured out. She won the Junior PGA Championship and made the round of 32 at the U.S. Women’s Amateur.