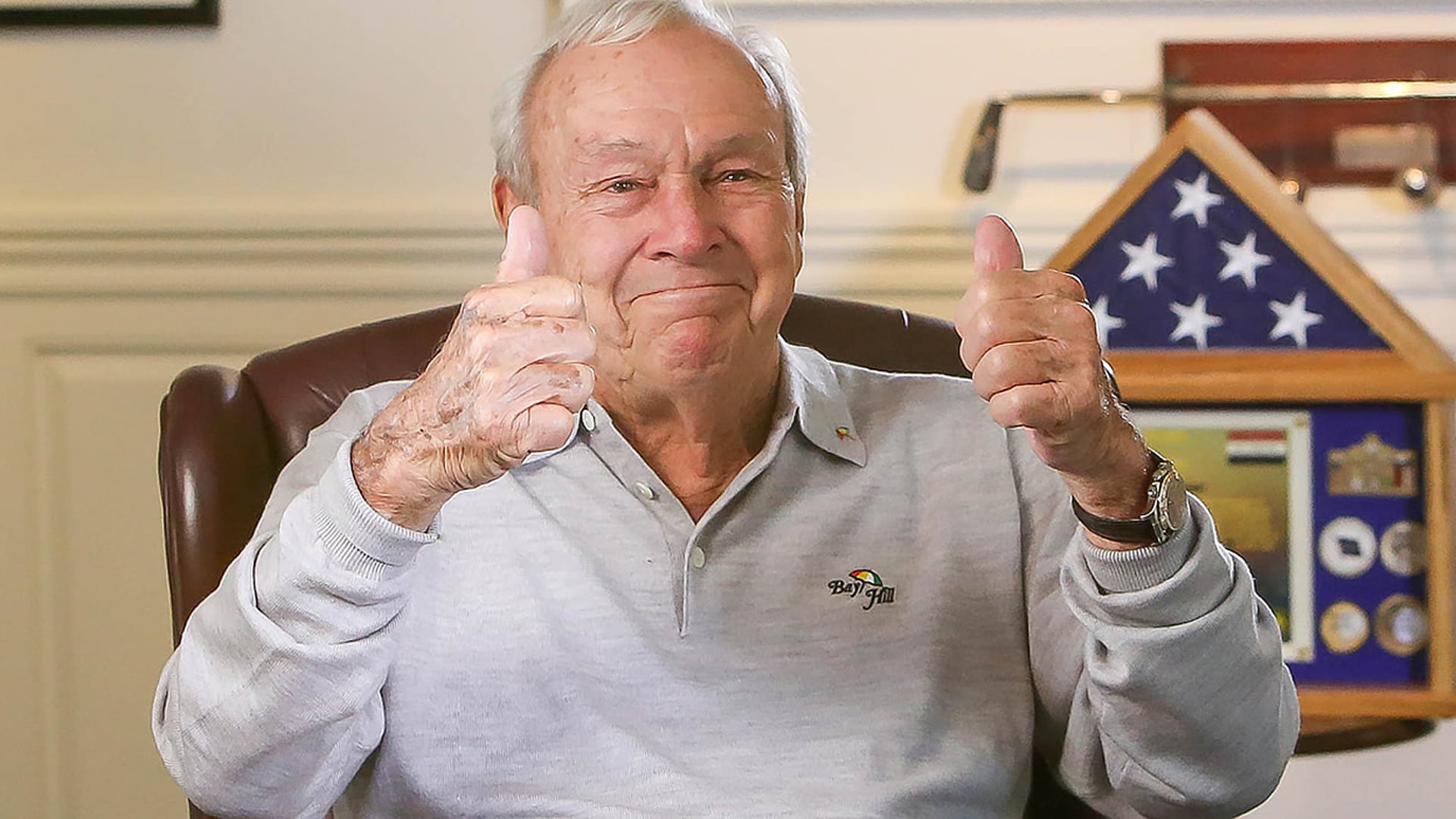 Here are the key dates and notable accomplishments in Arnold Palmer's remarkable career.

• Honored with more than 130 awards and distinctions

• Two-time PGA Player of the Year

Arnold Palmer In The Masters

Arnold Palmer In The U.S. Open

Arnold Palmer In The Open

• Finished second in first appearance in 1960 at St. Andrews

Arnold Palmer In The Ryder Cup

• 22 matches won – most by an American player

Most Consecutive Seasons With a Win in PGA Tour History

Notable Honors On and Off The Course