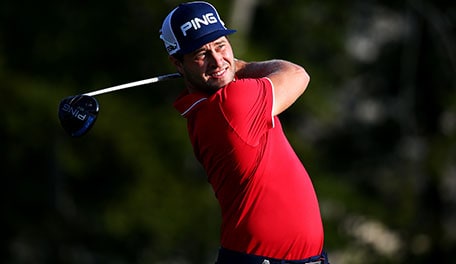 SHEBOYGAN, Wis. – Saturday may be moving day in professional golf, but for David Lingmerth Friday at the PGA Championship was certainly a chance to prove something to himself.

Lingmerth said his breakthrough victory earlier this season at the Memorial gave him the confidence he’d been searching for, but it was after an opening-round 69 last month at the Open Championship that he started to believe he had what it took to compete at a major.

Unfortunately for the Swede-turned-Ponte Vedra Beach, Fla., resident he played the rest of the week in 3 over par, which makes his second-round 70 at Whistling Straits a victory of sorts.

“I got off to a good start at the Open, but very disappointed with how I continued my play that tournament,” said Lingmerth, who opened with a 67 on Thursday in difficult conditions at Whistling Straits. “To get two solid rounds in the first two here this week, it's a good feeling.”

Lingmerth took the early lead on Friday at the PGA at 7 under par, and despite his solid follow to Thursday’s round he still tempered his expectations for the weekend.

“There’s some scores to be had out there and I think my lead will probably not last too long,” he said. “I’ll hopefully be within reach after today and really looking forward to the next few days.” 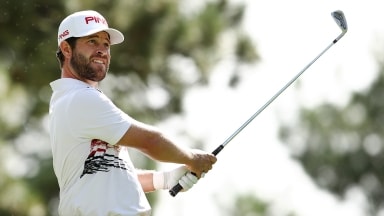 David Lingmerth had nine birdies to take the lead Thursday in the suspended first round of the Barracuda Championship, the PGA Tour's lone modified Stableford scoring system event. 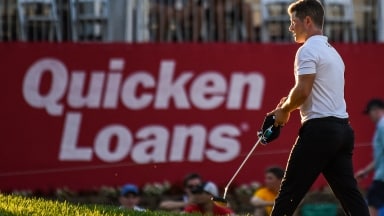 David Lingmerth waved his arm disgustedly to the right to warn the gallery after he blocked his tee shot on the tight par-5 10th hole at TPC Potomac. 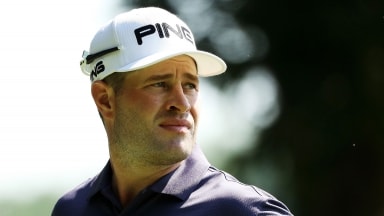 David Lingmerth shot his second straight 5-under 65 on Friday at the Quicken Loans National to extend his lead to two shots over Geoff Ogilvy.