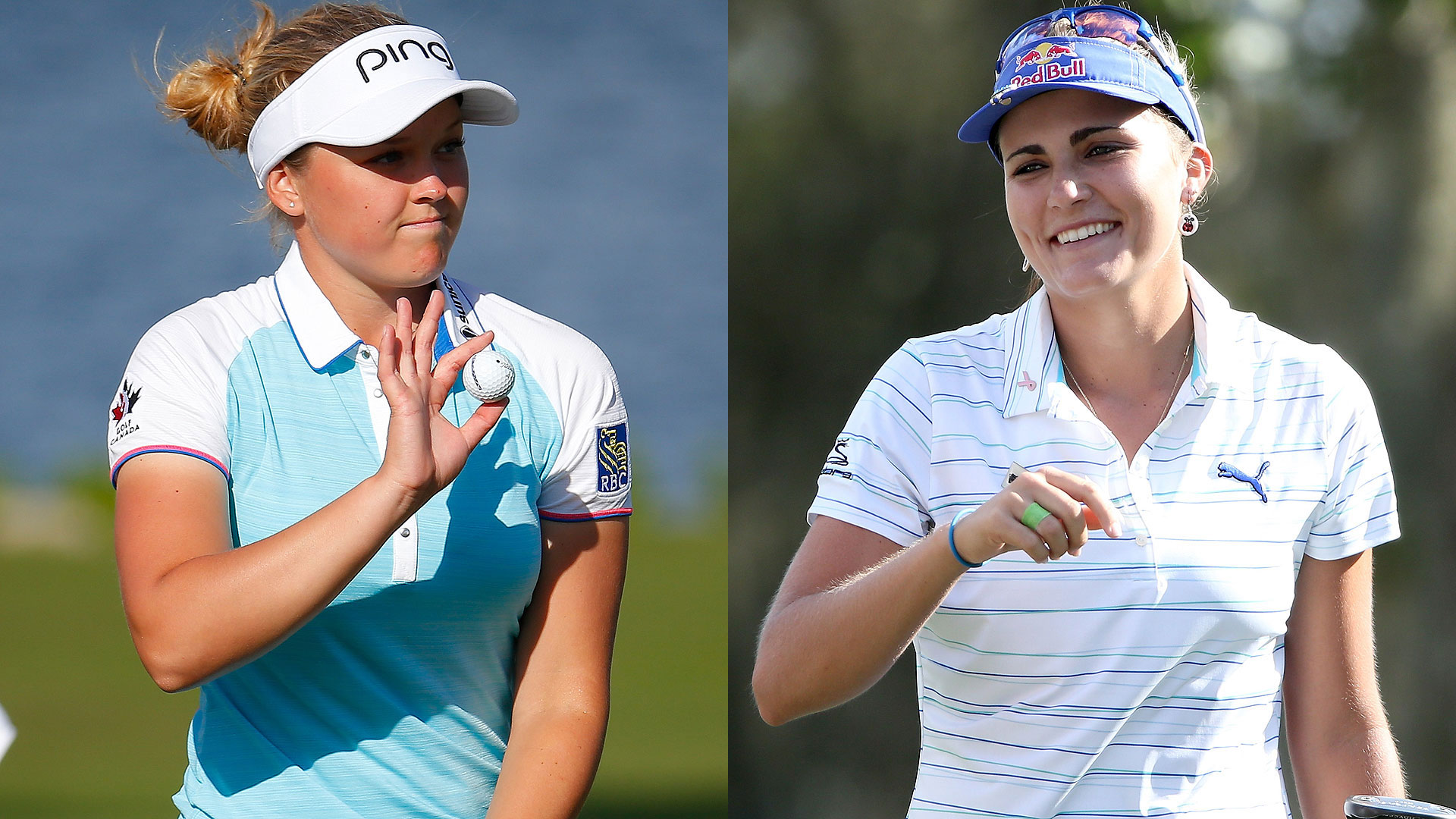 They finished 1-2 in driving distance over the first round.

Which of the big-hitting youngsters is longer?

Both agree Thompson is, but it’s very close. In fact, Henderson clipped Thompson on the two holes where the LPGA measured drives on Wednesday. Henderson averaged 288.5 yards per drive in the first found, Thompson 287.

“I definitely gained some distance over the offseason, which is always a good thing, and I was pretty accurate all day, too, it was just those last three holes, I kind of got loose and a little bit tired,” Henderson said.

“Brooke’s a great talent, and she draws really big crowds,” Thompson said. “It’s great to see the talent at a young age, just the game growing. With her, Lydia [Ko] and me out here, it's great to see.”