Love to Tiger: If Manning can, so can you 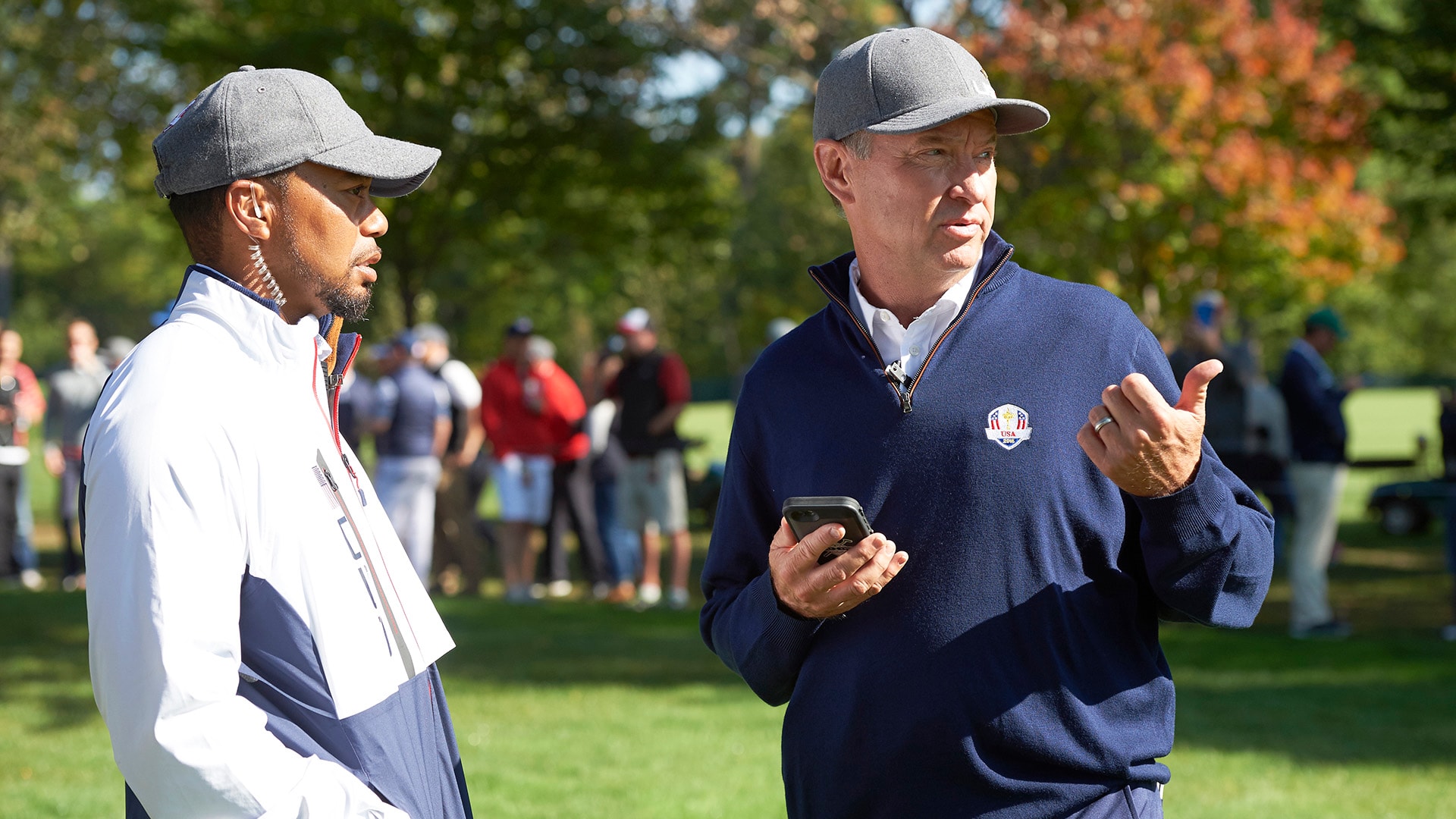 FORT WORTH, Texas – Five paragraphs into Tiger Woods’ blog post on Wednesday he put to words what many of his fans had been thinking since he announced in April he’d had fusion surgery on his back.

“You mention the word ‘fusion,’ and it’s scary,” Woods wrote.

It’s a topic that Davis Love III had discussed with Woods for some time.

“He’s asked about the fusion surgery for years and I told him to talk to Peyton Manning. He’s the one who convinced me,” said Love, referring to the former NFL quarterback who returned to playing after having fusion surgery. “If Peyton could do it and come back and get hit, Tiger and I aren’t going to get hit, to watch him play I knew I had to do it.”

Love underwent fusion surgery on his neck in 2013 at 48 years old and came back to win the ’15 Wyndham Championship, his 21st PGA Tour victory. In 2011, Manning had the same procedure and won his fifth MVP trophy in ’13 and the Super Bowl two years later.

“Tiger has been saying it for years, it’s just one level. It’s not like Freddie [Couples] who has three [levels] of bad discs,” Love said on Wednesday at the Dean & DeLuca Invitational. “Because of six or eight years of research and four or five years of having done it, I was telling him he should do it.”

In his blog post on his website, Woods said he won’t be able to “twist” for two and a half to three months. Love said he was playing golf again in six months following his fusion surgery, although the two procedures – in the neck for Love and lower back for Woods – will likely mean Woods’ recovery time will be longer.

“His fusion is different, he’s bending over and then twisting his back, there’s a lot more torque than what I had in my neck so it’s going to take him a while,” Love said.

Still, Love said he’s been encouraging Woods to have the procedure for some time and that after he heals, it could turn out to be good for his swing.

“I think it’s going to help him,” Love said. “He’s going to match up better, he’s going to slow down a little bit and he’ll turn through it better.”

In the meantime, Love said the relief from pain for Woods has already produced a dramatic quality of life improvement.

“I texted him and asked if the pain went away, and he said it immediately went away,” Love said. “I woke up [after the surgery] and literally had tears in my eyes it felt so much better. He told me it was automatic relief.”