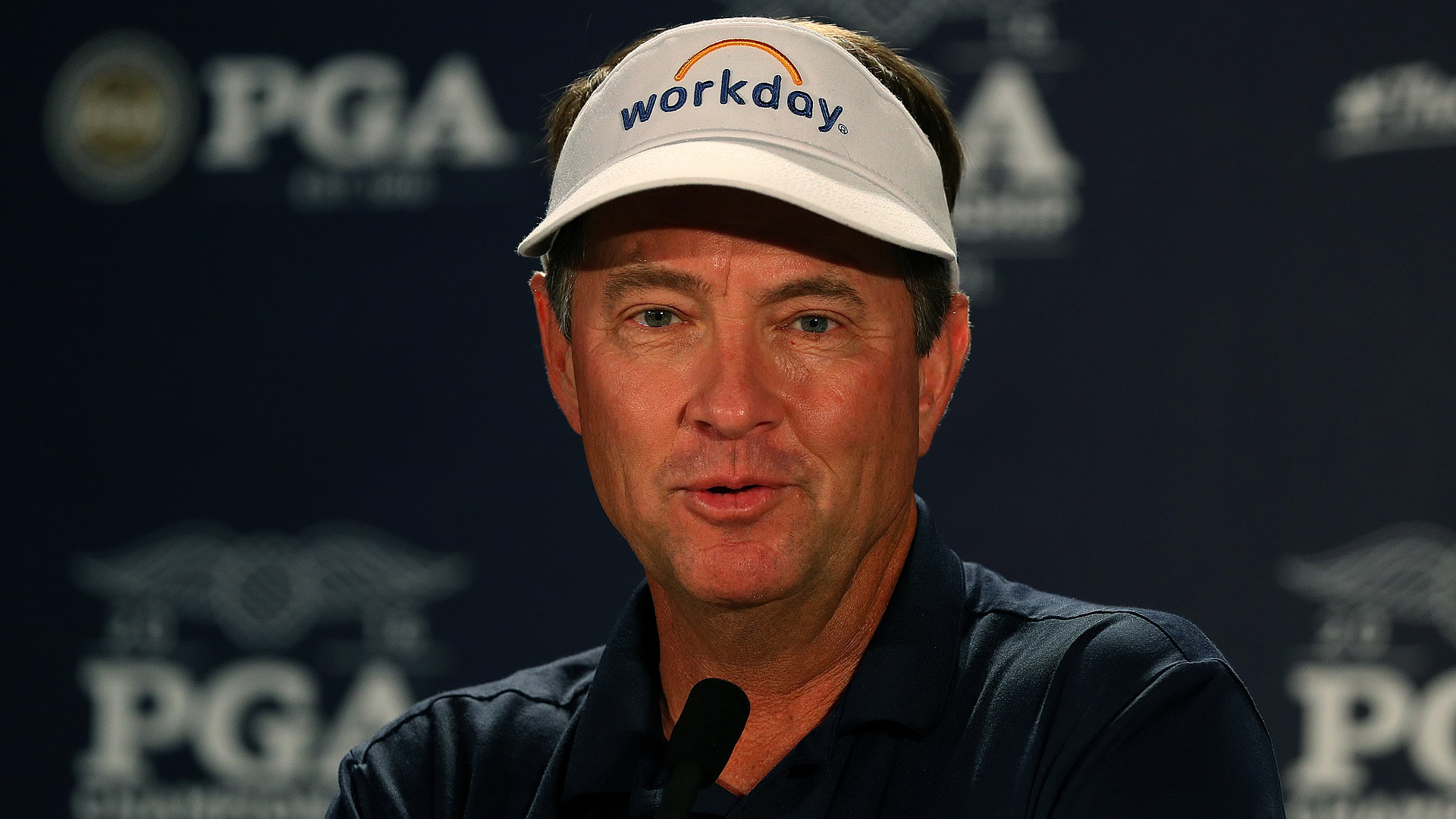 SPRINGFIELD, N.J. – Davis Love III doesn’t have to make his first three Ryder Cup captain’s picks until Sept. 11. But if he needed to solidify his team today … well, he would side with potential pairings over hot form.

“You don’t want to pick a guy and go, ‘Now what do I do? Who do I pair him with?’” Love said Tuesday at the PGA Championship. “You want to know that going in.”

That would seem to run counter to why the PGA pushed back the deadline for the captain’s picks, including the final wildcard selection that will be announced after the Tour Championship concludes on Sept. 25. They wanted the players who were playing the best to be on the team, a response, perhaps, to what happened in fall 2014, when Billy Horschel went 2-1-1 to close out the FedEx Cup but was left home because the team had already been decided.

Of course, Love said he would consider any and all factors – form, putting prowess, big-stage experience – but more than anything, he will be “plugging holes” with pairings. That’s one of the benefits, he said, of going to a four-pick system, which allows Love and his bevy of assistant captains the flexibility, and the freedom, to fill out the 12-man squad as they see fit.

Said Love: “If you can get one to be a leader and one guy to match up, make a perfect pairing, and one guy to fill in a blank, either veteran or rookie, I think that’s how you use him.”