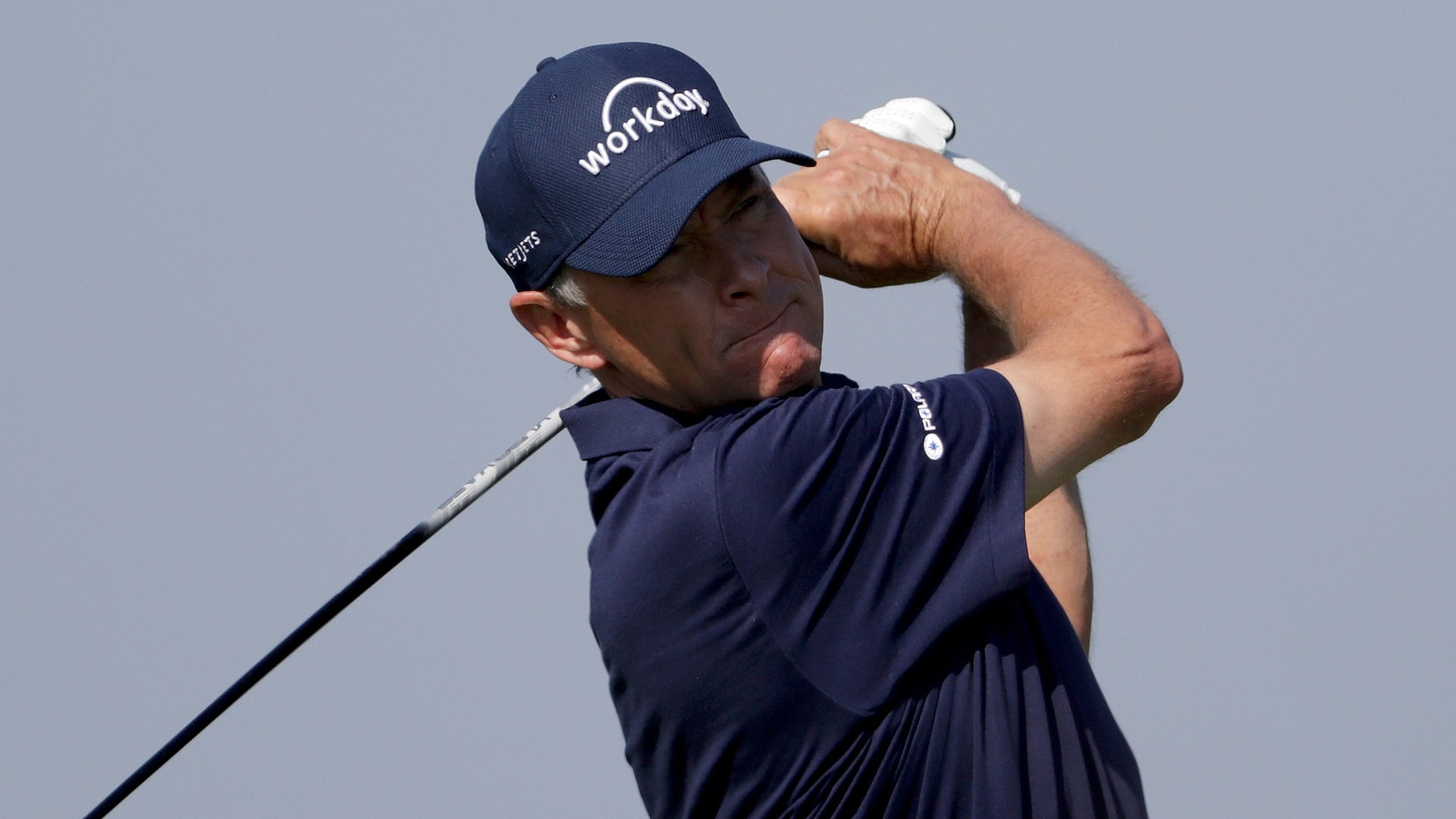 HUMBLE, Texas – Davis Love III still isn’t feeling 100 percent, but he’s glad to be back inside the ropes.

Love shot a 1-under 71 in the opening round of the Shell Houston Open, his first competitive appearance since the RSM Classic in November. The two-time Ryder Cup captain broke his collarbone in January while snowboarding in Idaho with his son, Dru, which required surgery and rehab.

That injury has now healed, but Love still has a few other nagging ailments, including a hip that was operated on in July.

“I’m happy to be back, and it’ll probably take me awhile to get up to speed,” Love said. “My shoulder is fine, but the rest of my body is still 53.”

Love had hoped to return to action at the Arnold Palmer Invitational, but he didn’t receive clearance from his doctor and ultimately believes that some extra rest was the best decision.

“I was hoping for Bay Hill, just because of Arnold and all that, but realistically hitting out of that rough wouldn’t have been the right thing to do,” he said. “The doctor was exactly right. Waiting for this week was the best idea.”

Love admitted that he wasn’t fully recovered from his hip surgery when he returned to action in the fall, and he hopes to ease his way into things a bit more gently this time around. While he plans to team up with Scott Verplank next month at the Bass Pro Shops Legends of Golf, Love still intends to play primarily on the PGA Tour, including upcoming stops at the RBC Heritage and Wells Fargo Championship.

As for the snowboarding that led to his injury, Love plans to return to the slopes when the snow again starts to pile up.