Lowry (66) once again rising to task of tough course 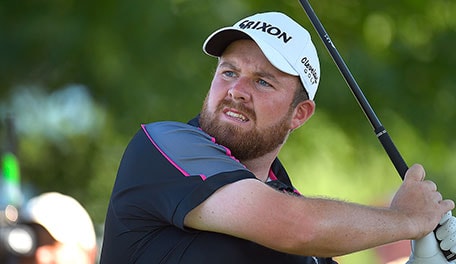 AKRON, Ohio – Ireland’s Shane Lowry has a history of playing well when the conditions get tough. It’s no surprise, then, that his name has drifted toward the top of the leaderboard through two rounds at the WGC-Bridgestone Invitational.

Lowry shot a 4-under 66 in the second round, tied for the best score of the day amid difficult scoring conditions at Firestone Country Club. His scorecard featured six birdies, including five over his first 10 holes.

After dipping to No. 142 in the world rankings last year, Lowry has turned it around in recent months and began this week at No. 48 in the world. His return to form has been in large part thanks to big results on difficult tracks, including a T-6 finish at the BMW PGA Championship and a T-9 finish at the U.S. Open.

“If you look at my career so far, I tend to play well on tough courses, when we have a high winning score,” Lowry said. “When pars are good and you pick off a few birdies, I tend to like it.

Out here it’s all about driving the golf ball, and I feel like I’m driving the ball well at the minute.”

At 4 under, Lowry shares second place with Dustin Johnson and Bubba Watson and will play in the final pairing Saturday alongside leader Jim Furyk. While he plays mostly on the European Tour, Lowry entered this week with the equivalent earnings of No. 121 on the PGA Tour money list and could secure full-time status in the U.S. for next season with a big finish this week.

“Tick another one off the list, final group on a Saturday at WGC. It’s kind of nice,” he said. “I feel like my game is good enough to go out there and repeat this again.”