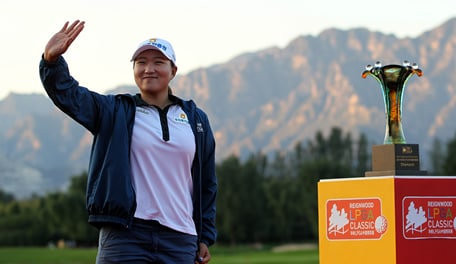 The Reignwood Pine Valley LPGA Classic in China has been canceled, just 10 weeks before the event was scheduled to be played.

The LPGA gave no reason for the event’s cancellation in its release announcing the news on Thursday morning.

According to an LPGA official, a “number of factors” led to a “conflict” with the Oct. 1-4 dates that the Reignwood event was scheduled to be played.

According to the LPGA, the cancellation does not impact the long-term future of the event with a two-year extension of the agreement being finalized.

“While we’re certainly disappointed that we will not be in Beijing this fall, we’re excited that Reignwood is committed to this wonderful international Reignwood LPGA Classic event for two more years,” Whan said in a statement.

The Reignwood event was scheduled to be played at Reignwood Pine Valley Golf Club in Nankou, Beijing, China.

The LPGA has had some governmental/political challenges trying to stage events in China in the past. In June of 2011, the LPGA announced its Imperial Springs LPGA event scheduled in Guangzhou was being put on hold with the Chinese government cracking down on golf course construction in the country. Sources at the time attributed the delay to “bureaucratic red tape” over proper permitting. The event was then moved from August to late September before eventually being canceled just two weeks before it was scheduled to be played. In March of this year, Chinese authorities announced 66 golf courses were being shut down in a renewed crackdown on courses built in “contravention” of rules protecting arable lands.

The Reignwood Pine Valley LPGA Classic’s $2.1 million purse was the largest among the eight LPGA events scheduled to be played in Asia this year. The Reignwood event made its debut in China in 2013 with China’s own Shanshan Feng winning in dramatic fashion, beating Stacy Lewis with an eagle at the final hole. That inaugural Reignwood event in Beijing was played amid some controversy with a thick smog causing some players to don face masks and others to complain about the excessive number of photos being taken by fans during their rounds. Mirim Lee won last year’s event. 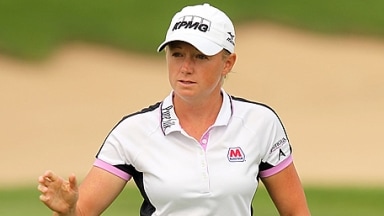 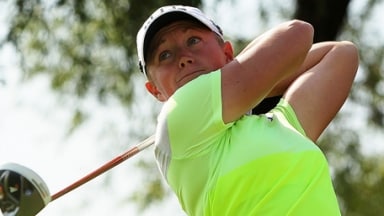 Stacy Lewis shot 7-under 66 to take the first-round lead in the Reignwood LPGA Classic.