Mahan finally healthy, teeing it up at Shell Houston 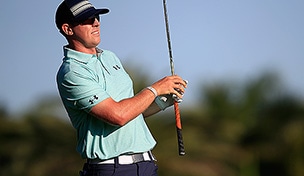 Getty Images
AUSTIN, TX - MARCH 25: Justin Thomas of the United States watches his tee shot on the seventh hole during the third round of the World Golf Championships-Dell Match Play at the Austin Country Club on March 25, 2016 in Austin, Texas. (Photo by Tom Pennington/Getty Images)  -

HUMBLE, Texas – Two weeks of treatment and exercise were enough for Hunter Mahan to pronounce himself fit to play at this week’s Shell Houston Open.

On March 23, Mahan withdrew during the final round of the Arnold Palmer Invitational because of soreness in his lower back.

The issue was more complicated than that, though. Mahan said he had discomfort in the front of his hip, which in turn shut down his glute muscles, which then put the brunt of the swing on his back.

Mahan said he was dealing with the problem before Bay Hill, which was surprising because prior to the WD he had recorded three top 10s in his last four starts.

“I didn’t feel very good and it wasn’t going to get any better,” he said, when asked whether the withdrawal was precautionary. “I didn’t like that recipe. I was concerned about a few weeks afterward. You kind of have to protect yourself at times.”