He's a major champion, but DJ is still DJ 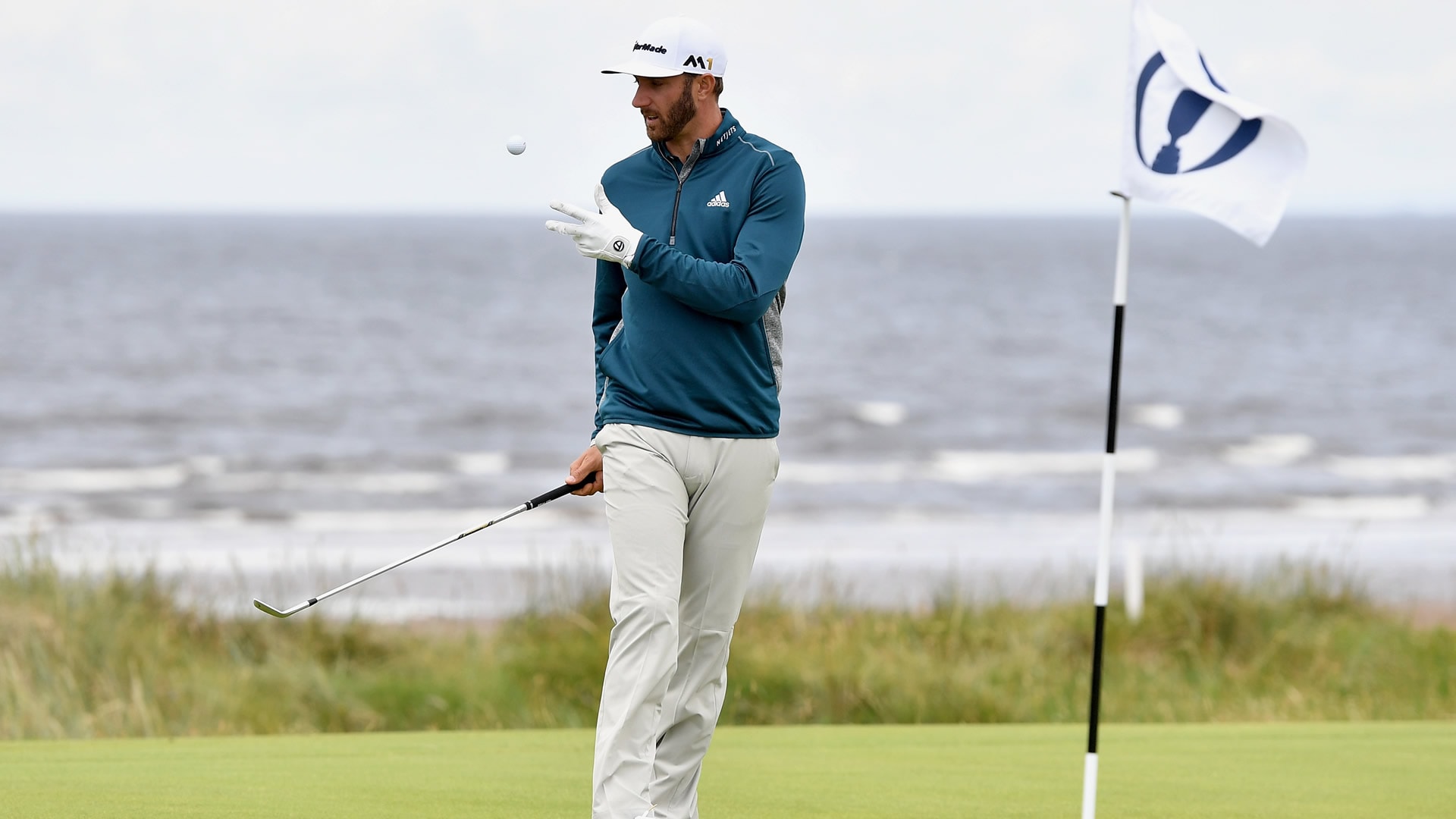 TROON, Scotland – He walks the same. The same lumbering, sturdy, shoulders-held-high march. He looks the same. Neatly trimmed beard and full golf getup. He talks the same. Monotone, direct and short on comment.

Dustin Johnson may be a major champion, but he’s still Dustin Johnson. Outwardly, at least, the same guy he was before he won the U.S. Open.

Players have said over the years, no, winning a major won’t change me. It usually does – it has to – to some degree. But with Johnson, if there is a change, it is very difficult to detect.

He was always confident, so his display of bravado on Wednesday at Royal Troon was nothing new.

Q. Do you think if you bring your best stuff you're going to win?

That’s about as in-depth as Johnson got during his pre-Open news conference. And that, too, is nothing new.

The questions were oftentimes longer than the answers.

Do you feel differently? Do you walk that a little bit taller? Do you expect more from yourself this weekend through?

When the questions weren’t answered sufficiently, more were asked in a slightly different manner.

Just a follow-up to the question we just had here. Can you explain to us the feeling that you're no longer a major-championship-nearly man now that you are a major champion?

And, the answers were little more than: It's a good feeling, for sure.

Q. You always seem a very laid-back guy. You always seem to be on the same kind of level. Does the level of attention towards you and level of interest in you now that you're a major winner, has that been in any way difficult to manage? Have you been conscious of it? Have you had to change your mindset in any way?

OK, that didn’t work. How about ask him something tournament specific?

Q. Last time I checked you were 9-1 joint favorite to win this week. How does that tag of favoritism or co-favoritism sit with you? Are you cool with that? Is that a positive for you? Do you get a kick out of that or do you just not care?

A.: Honestly, I don't care (laughing). I mean, I like my chances, but I go into every tournament liking my chances.

Well, what’s left to ask? How about trying to reach world No. 1?

Q. Jason Day has talked about the stresses that he feels with being world No. 1. If you were to be world No. 1, do you think that might stress you out at all? Can you understand why Jason feels stressed by the responsibility of it?

That could happen on Sunday. If Johnson wins and Day finishes worse than 10th, DJ will surpass him.

Under that scenario, Dustin Johnson will be the top-ranked player in the world. He will have won each of his last three tournaments. He will be a two-time major champion. And he will significantly boost his Hall of Fame chances.

And not much else will change.