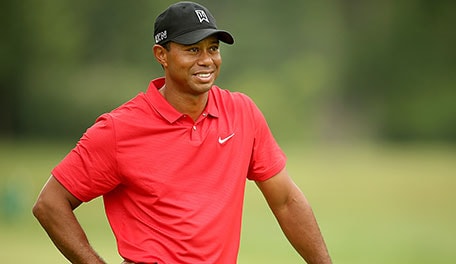 GAINESVILLE, Va. – Two weeks ago at the Open Championship, Marc Leishman carded a Saturday 64, a third-round score capped off by three consecutive pars and a wave of whispers as the Australian flirted with major championship golf’s magic number.

On 26 occasions, a player has posted 63 in a major, including Tiger Woods at the 2007 PGA Championship, but no one has ever cracked the 62 mark. Why not?

“It’s simple, it’s a major championship,” Woods said on Tuesday at the Quicken Loans National. “They are supposed to be hard. That’s one of the reasons why it’s only happened 26 times when all the thousands upon thousands of rounds have been played.”

Woods came agonizingly close to a 62 in '07 at Southern Hills, a par-70 setup. After opening with a 71, Woods played his opening nine on Day 2 in 3 under and birdied four of his first six holes coming in, but his birdie attempt at the last lipped out.