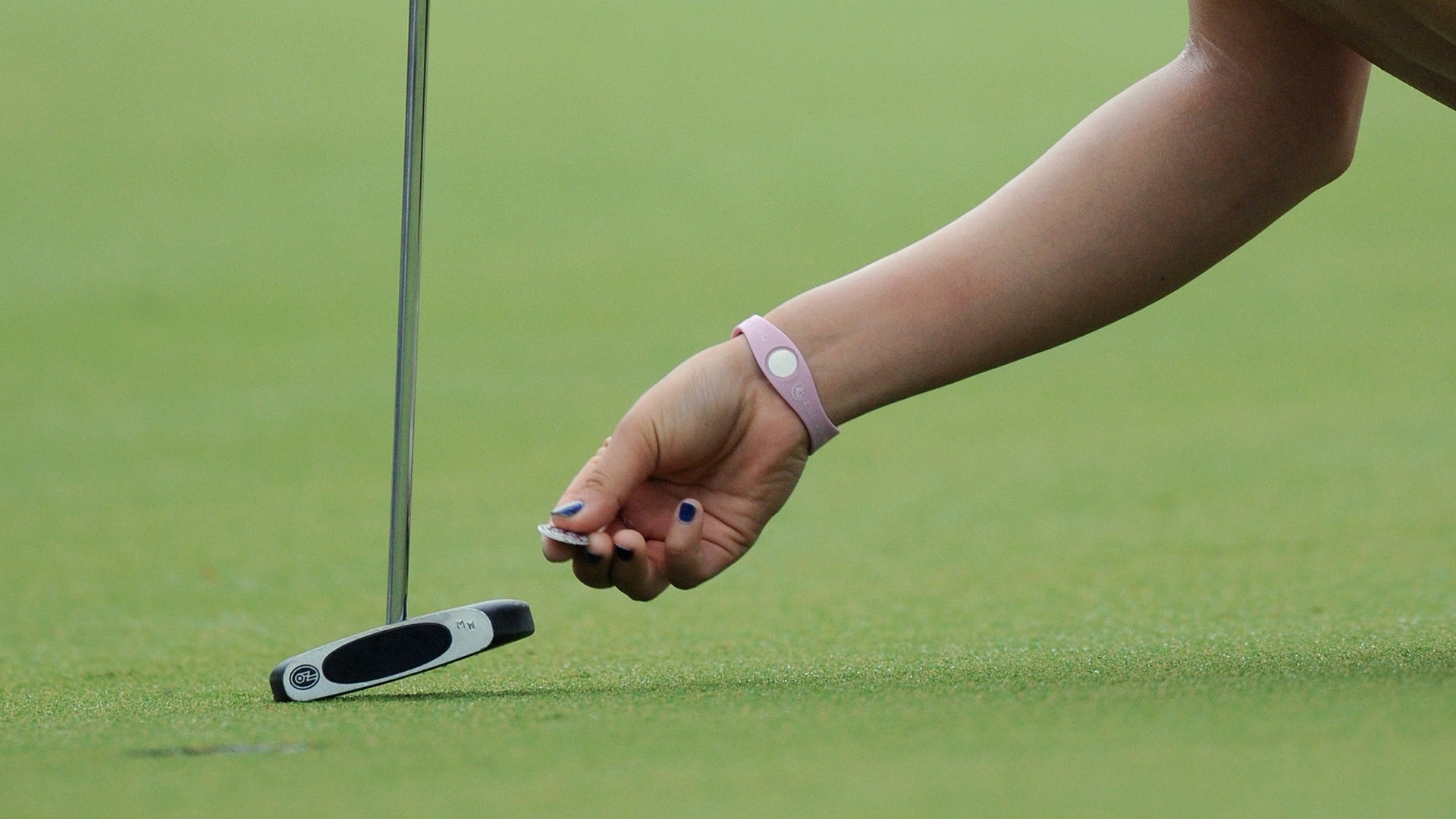 More controversy over the marking of golf balls in a major championship, another round of scores wiped out in a major, more furor in women’s golf …

This time it all occurred on the Korean LPGA Tour, and it led to a head rules official’s resignation.

The KLPGA decided to scrub first-round scores Thursday after a rules controversy broke out over the marking of balls at the KB Financial Star Championship at Black Stone Golf Club in Icheon, South Korea. It’s one of that tour’s five major championships.

Hye Jin Choi and You-Na Park were each penalized two shots after the first round for picking up and marking their golf balls, believing they were on a green, when it was later determined they were actually on the fringe of the green.

Choi led the tournament before she was assessed the penalty.

After Choi and Park were penalized, it was learned that four other players had also picked up and marked their balls while putting from the fringe, Reuters reported. This led to the championship’s rules committee deciding not to penalize those four players and also to rescind the penalties against Choi and Park.

This created an uproar and rift in the player ranks.

Reuters reported that a players committee met deep into the night after the first round, with some players threatening to quit the tournament if the penalties were rescinded and other players threatening to walk off if the penalties were enforced. The furor led to the KLPGA announcing it was wiping out first-round scores and shortening the event to 54 holes.

“It is laughable and embarrassing that the major contest is reduced to 54 holes due to inefficient operation of the competition committee and misjudgment,” JTBC Golf wrote in a story on its website.

Reuters and JTBC Golf both reported that leading rules official Jin-Ha Choi resigned over the matter.

“We deeply apologize to players, golf fans and sponsors who helped organize the tournament,” the KLPGA said in a statement. “We will do better to meet the expectations of those who love the KLPGA and will do our best to prevent similar cases from happening again.”