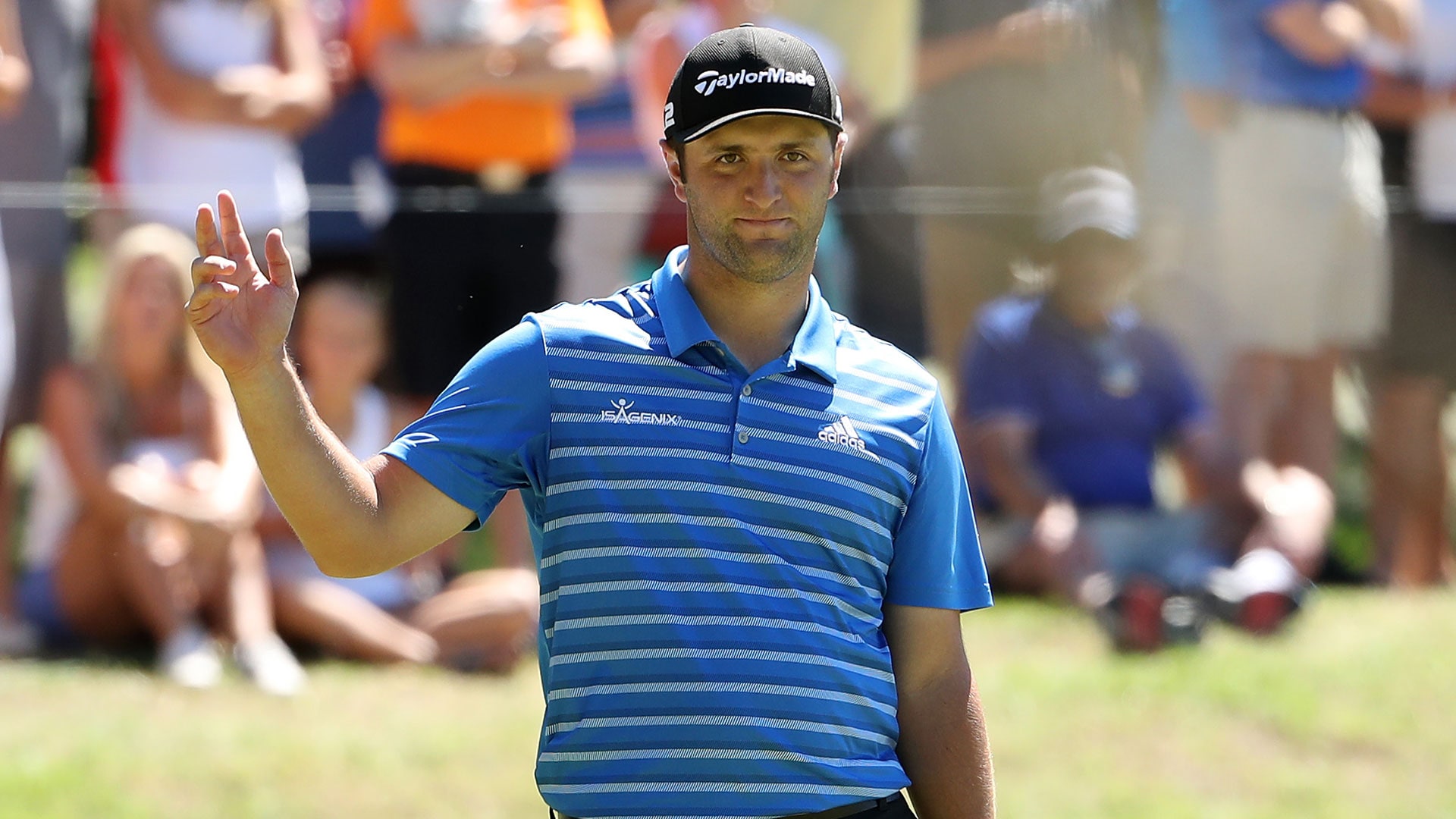 Here is how things played out on Day 4 of the WGC-Dell Technologies Match Play. Click here for the full bracket.

Match 1: Hideto Tanihara (54) def. Ross Fisher (47), 4 and 2: In a eight-hole stretch, from Nos. 6-13, Tanihara went from all square to 5 up with five to play. Fisher extended the match with birdies at 14 and 15 but his luck ran out when he sailed the 16th green, sending Taniara to the semifinals.

Match 3: Bill Haas (42) def. Phil Mickelson (14), 2 and 1: Haas won the opening hole and was 3 up at the turn before Mickelson started to chip away. Lefty cut his deficit to 1 down but could get no closer. Haas extended his lead back to 2 up on the 15th and closed out Mickelson with a two-putt par on 17. For his efforts, Haas gets the red-hot Rahm.

Match 4: Soren Kjeldsen (62) def. William McGirt (48), 5 and 4: Kjeldsen had the day off on Friday after Gary Woodland withdrew, and he didn't show any signs of rust against McGirt. The Dane went 3 up thru 9 when McGirt made two straight bogeys, and Kjeldsen secured the win with a birdie on the par-4 14th.

Match 5: Hideto Tanihara (54) def. Paul Casey (12), 2 and 1: Tanihara never trailed in the match and continued his surprising run into the quarterfinals with birdies on 16 and 17 to beat Casey.

Match 6: Ross Fisher (47) def. Bubba Watson (13), 4 and 3: Fisher was 1 down after seven holes, but Watson made two straight bogeys to hand Fisher the lead heading to the back nine. Fisher was solid the rest of the way and finished off Watson by holing out from a greenside bunker at the par-4 15th.

Match 7: Alex Noren (8) def. Brooks Koepka (20), 3 and 1: Koepka had the momentum heading into his match against Noren, but the Swede took the lead early and never trailed. After Koepka hit his tee shot into the hazard at the par-3 17th, Noren closed him out with a laser to 3 feet.