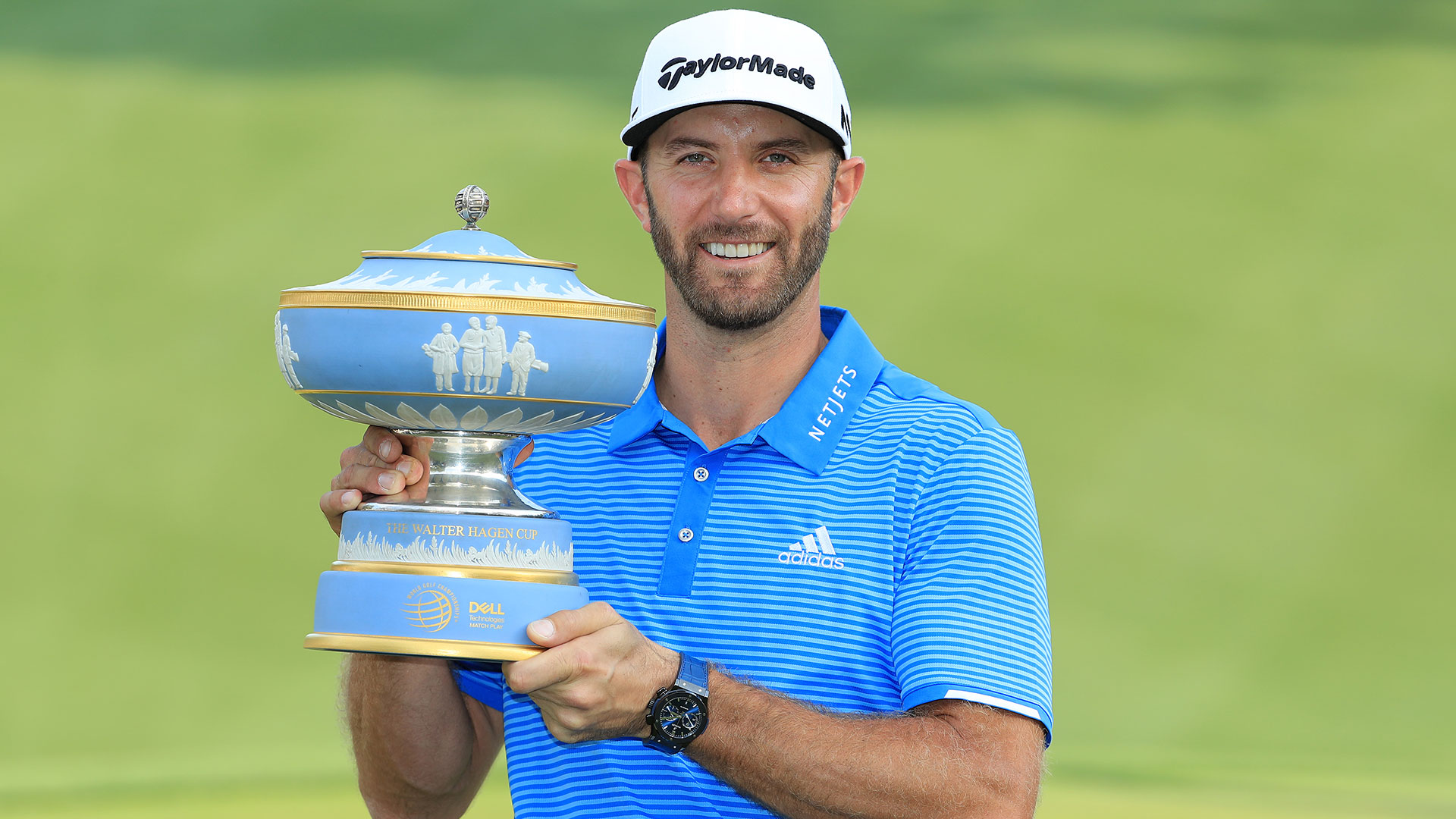 Here's how things played out Sunday at the WGC-Dell Technologies Match Play at Austin CC, where Dustin Johnson held off a hard-charging Jon Rahm to add another WGC trophy to his growing collection. Click here for the full bracket:

Dustin Johnson (1) def. Jon Rahm (21), 1 up: Johnson earned his third victory in as many starts, but it wasn't quite as easy as it appeared at the halfway point. The top seed stormed out to a huge lead, winning four straight holes from Nos. 3-6 and taking a 5-up lead through eight holes. But Rahm began to chip away, then kicked it into high gear with three birdies from Nos. 13-16. That cut Johnson's lead to 1 up with two holes to play, but Rahm couldn't get any closer as Johnson closed with a pair of pars for his second straight WGC title to further tighten his grip on the top spot in the world rankings.

Bill Haas (42) def. Hideto Tanihara (54), 2 and 1: Tanihara authored the shot of the tournament when he aced the par-3 seventh hole, and he carried a 2-up lead to the back nine. But Haas quickly turned the tables, winning four of the next five holes to take his first lead of the match. When Tanihara made a bogey on No. 17, all Haas needed was par to snag third-place honors for his best result since last year's Quicken Loans National.

Match 1: Jon Rahm (21) def. Bill Haas (42), 3 and 2: So dominant in his previous three matches, Rahm got off to a slower start Saturday morning. After he and Haas traded early lead back and forth, Haas squared the match at No. 7, and he'd never win another hole. Following five straight halves from Nos. 8-13, Rahm birdied 13, 15, and 16 to run away and secure his place in Sunday's final. Rahm, who already has a win to his credit this year at Torrey Pines, is a perfect 6-0-0 this week.

Match 2: Dustin Johnson (1) def. Hideto Tanihara (54), 1 up: The world No. 1 was pushed to the limit, but eventually found just enough to squeak past the bracket's lowest remaining seed. Johnson appeared to be cruising early, taking a 3-up lead to the eighth tee, but Tanihara eventually squared the match and forced Johnson to the 17th tee for the first time. There, the reigning U.S. Open champ stuffed a wedge for a pivotal birdie, then closed out the match with an up-and-down par on No. 18 to set up a much-anticipated duel in the final.