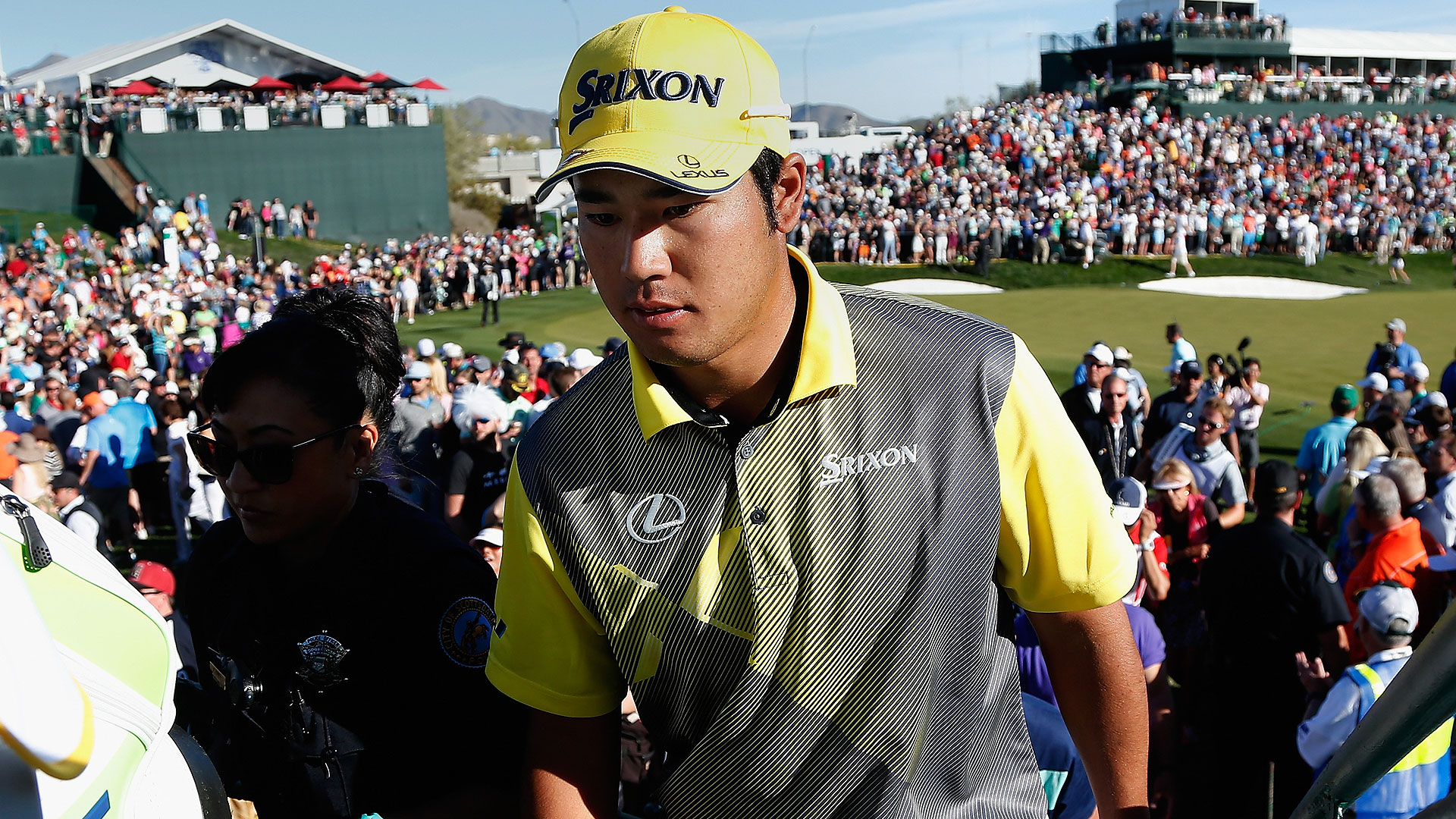 SCOTTSDALE, Ariz. – Hideki Matsuyama knew everyone was rooting for Rickie Fowler to win Sunday at the Waste Management Phoenix Open, but he still decided to crash the biggest party in golf.

"I'd say probably 99 percent of the gallery were cheering hard for Rickie," said Matsuyama through his translator. "But that gave me the motivation to go out and do it and win."

The 23-year-old Japanese star finished with two birdies in regulation to force a playoff, and then he closed out the No. 4 player in the world on the fourth extra hole to join Jordan Spieth as the only players under 25 with mulitple PGA Tour victories.

"I struggled all week with my game, but it really came around today and I was really pleased that it did," said Matsuyama, who is expected to move to No. 12 in the world after his second career win.

Fowler led Matsuyama and Harris English by two with two holes left, but he blasted a driver on the 317-yard, par-4 17th that hit off a downslope and rolled all the way through the green and into the water. Fowler bogeyed, Matsuyama birdied and they went to the 18th tee all tied up.

"Rickie opened the door for me, and I was able to walk through it," Matsuyama said.

Both players had great looks at birdie on 18, and Matsuyama was first to strike. He let out a huge fist pump when his 17-foot birdie putt dropped, sending a huge buzzkill through the pro-Fowler crowd around the 18th green.

"The putt I made there was probably the best putt I have ever made in my life," he said.

The two young stars battled to a draw through three playoff holes until they returned to the 17th tee and Fowler found the water again, this time with a 3-wood.

"Surprised and sad that Rickie finished that way, but all I can do is my best, and I was lucky to come out on top," Matsuyama said.

With his goal of winning again already complete, Matsuyama said he will have to reevaluate his goals for the year. He doesn't have the pedigree yet to join fellow 20-somethings Spieth, Rory McIlroy, Jason Day and Fowler at the top of the rankings, but they are giving him plenty of motivation.

"Those four have set the bar so high, and that's what motivates me to practice harder and practice more, to be able to keep up with them," he said.