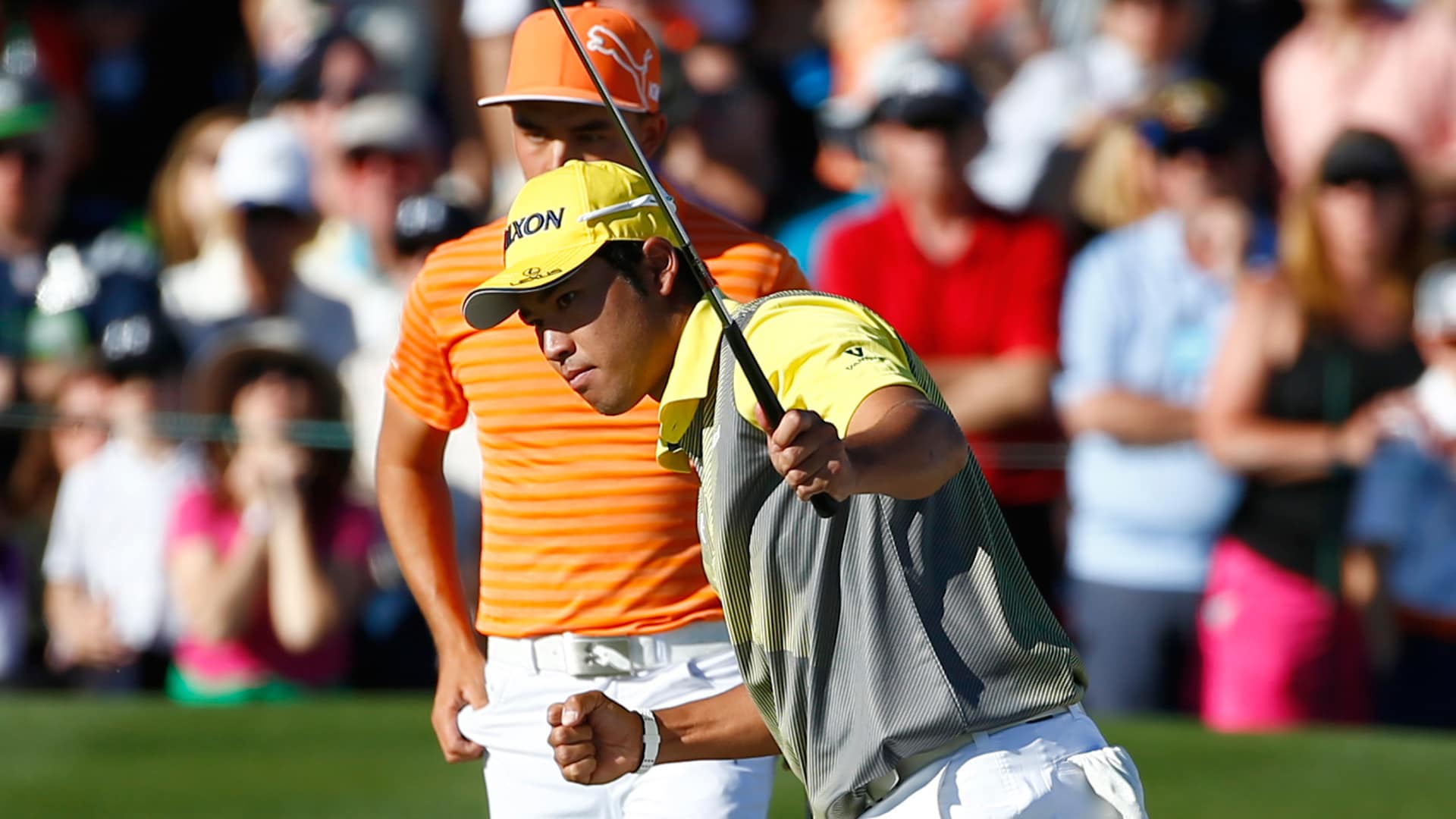 Danny Lee began the day in the driver's seat, and coming down the stretch it appeared Rickie Fowler was poised for a coronation. But in the end it was Hideki Matsuyama who lifted the trophy at the Waste Management Phoenix Open, outlasting Fowler on the fourth hole of a playoff:

What it means: Fowler quickly erased a three-shot deficit, taking sole possession of the lead on the back nine. But standing on the 17th tee with a two-shot lead, he rinsed his drive and allowed Matsuyama to force a playoff with a birdie-birdie finish. After again finding the water on No. 17 in overtime, Fowler allowed Matsuyama to win with an easy two-putt par. It marks his second career victory and his third straight top-five finish at this event.

Round of the day: Will Wilcox spent much of the week tweeting to fantasy players that his game wasn't quite ready, but he assembled all of the pieces en route to a final-round 65. Wilcox recorded seven birdies against just one bogey to finish the week in a tie for sixth, his first top-10 finish since the season-opening Frys.com Open.

Best of the rest: English made an early run up the standings with birdies on four of his first six holes and held a share of the lead heading into the back nine. While his title chances were undone by a costly bogey on the par-3 16th, English still carded a 5-under 66 to finish alone in third.

Biggest disappointment: Lee deserves this spot for a disappointing 73 that dropped him from leading by three into solo fourth place, but Fowler's decision making on No. 17 also deserves scrutiny. While a layup off the tee would have assured a par at worse, Fowler got aggressive with his club choice and paid dearly - twice.

Shot of the day: Matsuyama had struggled to make a putt all day, but on the final of regulation he curled in a 15-footer down the hill to put the pressure back on Fowler. It turned out to be the difference between a playoff berth and another top-five finish for the Japanese phenom, who has been a regular contender on Tour but hadn't won in nearly two years.