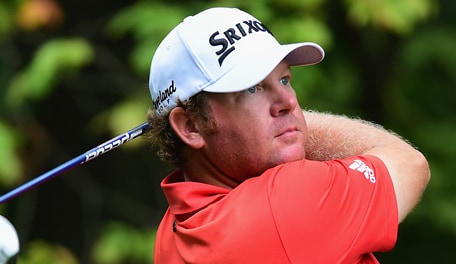 GREENSBORO, N.C. – Let’s be honest, there is no bad place to claim one’s first PGA Tour victory, but if William McGirt had the chance to be picky the Wyndham Championship would be on his short list for the breakthrough.

McGirt, who was born in Lumberton, N.C., and now lives in South Carolina, got off to a quick start in his attempt to fulfill that Carolina dream, shooting an 8-under 62 to grab a share of the early lead with Erik Compton on Thursday.

“If there was one place I could get my first win here or at Charlotte or Hilton Head,” McGirt said. “Growing up in North Carolina here [or] Charlotte would be great.”

In what McGirt called a “stress-free” round, he birdied his first hole on his way to an outward loop of 30 (he started on No. 10) and added three more birdies for a bogey-free round that was one stroke off the course record.

“Today was probably the easiest round I had all year,” he said. “I drove it in the fairway most of the day. The fairways I missed were barely missed.”

McGirt has had success at Sedgefield Country Club in the past. He played his way into the top 125 on the season-long FedEx Cup points list in 2011 at the Wyndham Championship.