McGirt goes from top 10 to MDF at Honda 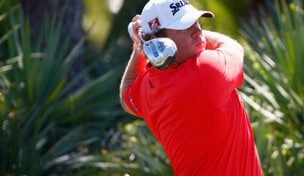 Getty Images
''Why be nervous? There's no expectations. I'm not worried about anything. If I hit a bad shot I've got an opportunity to show my grace and my character. In that situation, there's no downside to it.''  -

With 79 players making it to the weekend at the Honda Classic, a secondary, 54-hole cut was required in an effort to once again trim the field to top 70 and ties. Those players left outside the top 70 are assigned an MDF result – standing for Made cut, Didn’t Finish – and receive last-place money and FedEx Cup points.

While the looming cut may have been a consideration for several names near the bottom of the draw Saturday, it didn’t appear to pose a threat for William McGirt, who opened with 65 Thursday and began the third round in a tie for sixth.

The 34-year-old found opened with bogeys on two of his first three holes, though, and found trouble on No. 6 that led to a quadruple-bogey 8. With just one birdie on his card, McGirt limped to an 8-over 78 that left him at 2 over for the week and one shot outside the 54-hole cut line.

After falling victim to the 54-hole cut in his last PGA Tour start at the Farmers Insurance Open, Tiger Woods had no such issues on Saturday. Woods carded a 5-under 65 early in the day and cleared the secondary cut by seven shots. He’ll now begin the final round among a tie for 17th.