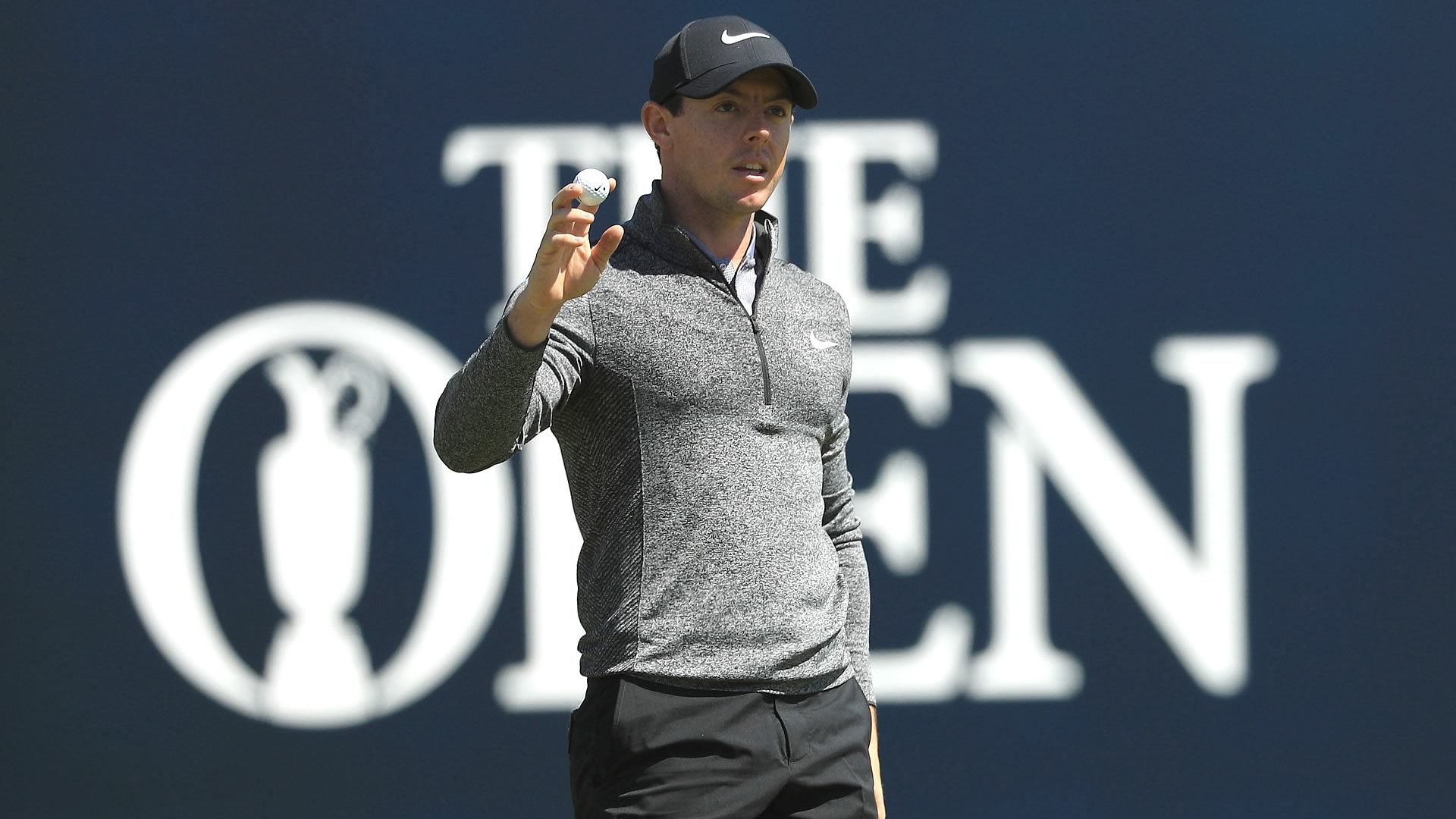 TROON, Scotland – Standing on the 10th tee on Thursday at Royal Troon, Rory McIlroy wasn’t thinking how fortunate he’d be to get to the clubhouse at 2 under par.

“I was trying to get a couple more,” he said.

The Northern Irishman and 2014 Open champion birdied Nos. 6, 7 and 8 and turned at 4 under after what had largely been a benign front nine. But after making par at the 11th hole, the toughest hole on Day 1, his momentum slowed with a double bogey-6 at No. 13 that included a missed 18-inch putt for bogey.

“The frustrating thing is they were two of the best shots I hit all day, the drive on 13 and the second shot,” McIlroy said. “It was the wrong club I hit. I knew if I pured that 6-iron [second shot], the back was going to come into play.”

McIlroy said he let his frustration “linger” with a bogey at the 14th hole, but he bounced back with a birdie at No. 15 to finish the day in the 60s and three shots off the early lead.

Despite his mid-round misstep, McIlroy, who missed last year’s Open with an ankle injury, was pleased with his start and thought Friday’s forecast, which calls for more wind and rain, will help him close the gap on the leaders.

“I feel like I'm more equipped to handle the elements a little bit better,” he said.