McIlroy (71) shuffles along, turns to Troon 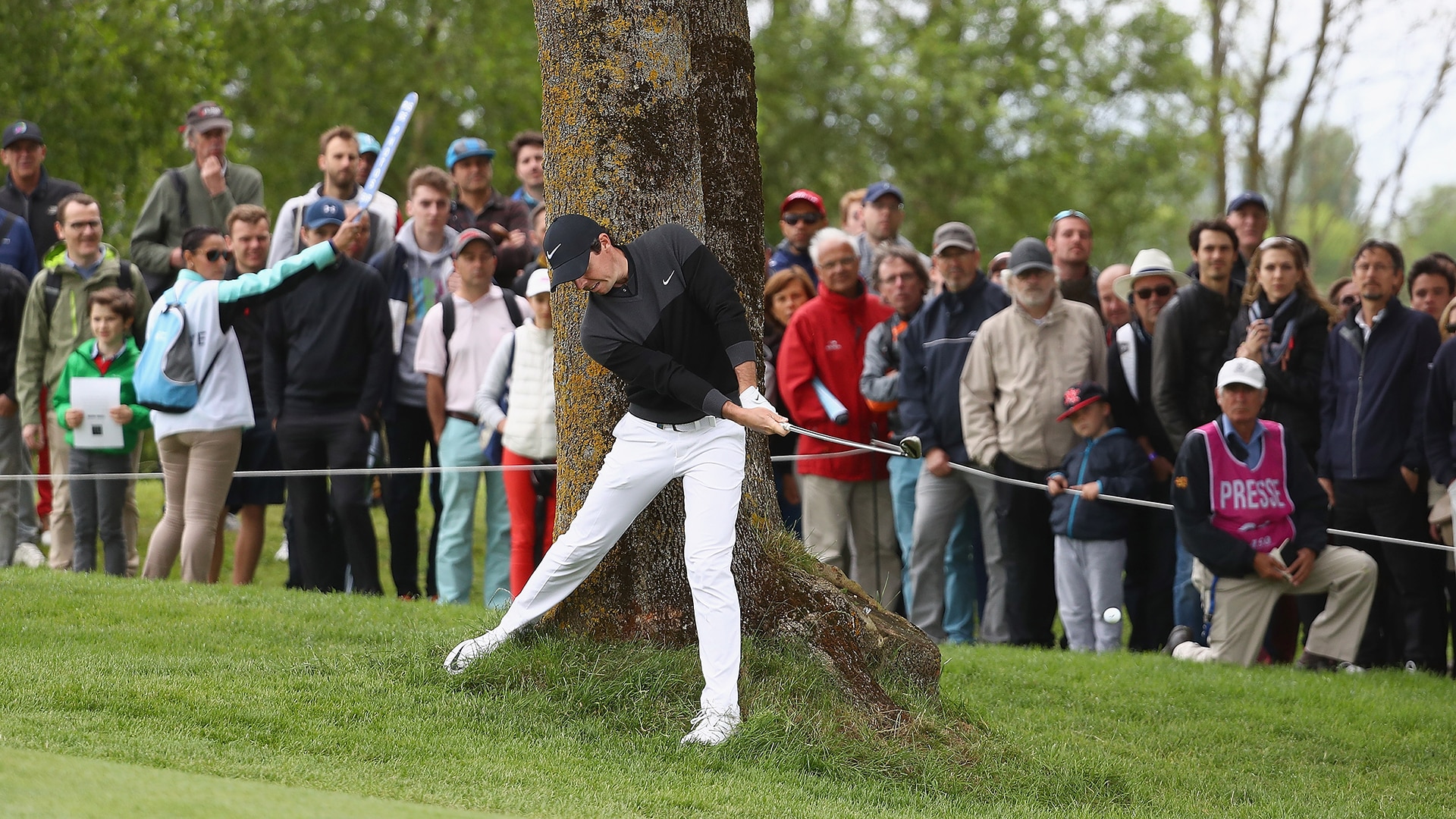 Rory McIlroy failed to ever challenge for the lead Sunday in Paris.

The fourth-ranked player in the world carded a boring, occasionally sloppy even-par 71 to tie for third at the Open de France, five shots behind overnight leader and champion Thongchai Jaidee.

Just two back to start the day, McIlroy quickly found himself four back when he bogeyed the par-5 third. After playing his third shot with his body wedged up against a tree, McIlroy jammed a short putt for par right of the hole and never recovered.

Some four to five shot back for the remainder of the day, McIlroy worked for par after par, making 16 Sunday, and added a lone birdie at the par-5 14th.

"I wish I just could have put a bit of pressure on Thongchai earlier today," McIlroy said. "I didn't get off to the fastest of starts, but look, he's played great golf and fully deserves to win.

"It's been a good week. The way I've felt out there and to finish third on my own, it's been a decent week in that regard."

Despite coming up short, McIlroy is staying plenty positive heading into the Open Championship, where he'll unoffically defend his title after missing year's Open with an ankle injury.

The Ulsterman intends to head to Royal Troon this week for a scouting trip and will spend the rest of his Open prep cleaning up some of the loose parts of his game that held him back Sunday.

"I don't really know much about it. I haven't played Troon," he said. "I'm actually going to go over this week for a couple of days and sort of figure it out and see what I need to do there.

"It was really disappointing, especially at St. Andrews last year, not to be able to defend. The last time I played The Open I won it, so good memories, and hopefully I can play similar to the way I did in Liverpool and give myself a chance."