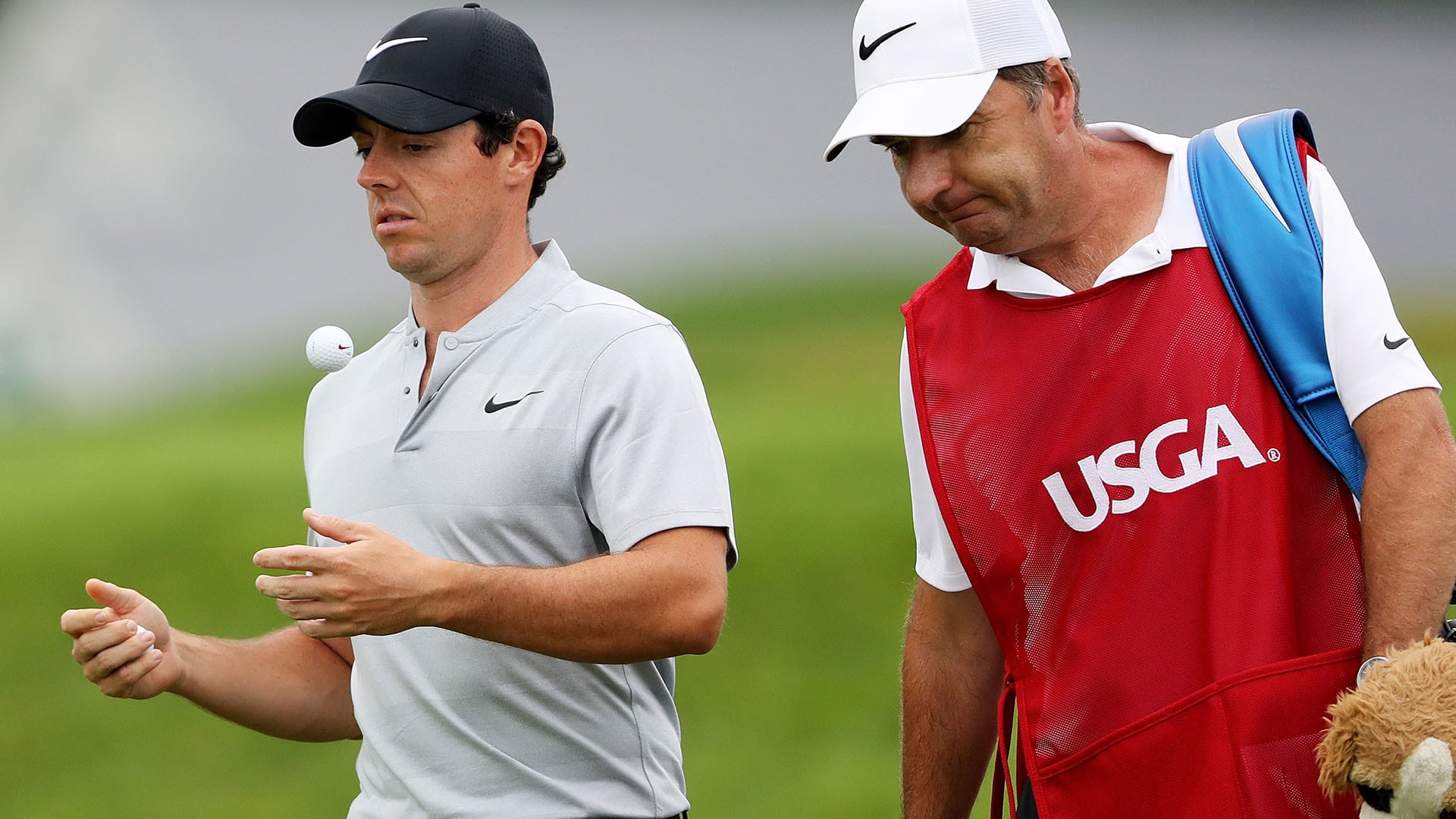 OAKMONT, Pa. – Rory McIlroy’s opening round at the U.S. Open came to a merciful end Friday morning, a 7-over 77 that matched his worst round in the championship and will leave him scrambling to make the cut.

But that struggle will have to wait.

McIlroy and the other players from the early Round 1 wave won’t start their second rounds until Saturday morning at Oakmont, which might be just enough of a reprieve for the Northern Irishman to find some sort of form after a difficult start.

The world No. 3 hit just 5 of 14 fairways, less than half his greens in regulation and completed his rain-delayed opening effort with three consecutive bogeys.

“You see guys shooting 66, 67, there are scores out there to be had but you really need to be in control of your golf game,” McIlroy said. “The last couple of days I wasn’t in control. I need to go and shoot something like a 66 to give myself any chance.”

McIlroy said he plans to come back out to Oakmont on Friday afternoon to work on his swing, and he will need to do a better job of adjusting to a much softer golf course than players experienced during practice rounds.

“I’ll rest up and come back out this evening and hit a few balls and try to figure out what the problem is with my swing,” he said. “I have a good idea, but it’s just a matter of hitting enough balls and grooving a swing thought.”