McIlroy charges, then fades in Round 3 at The Open 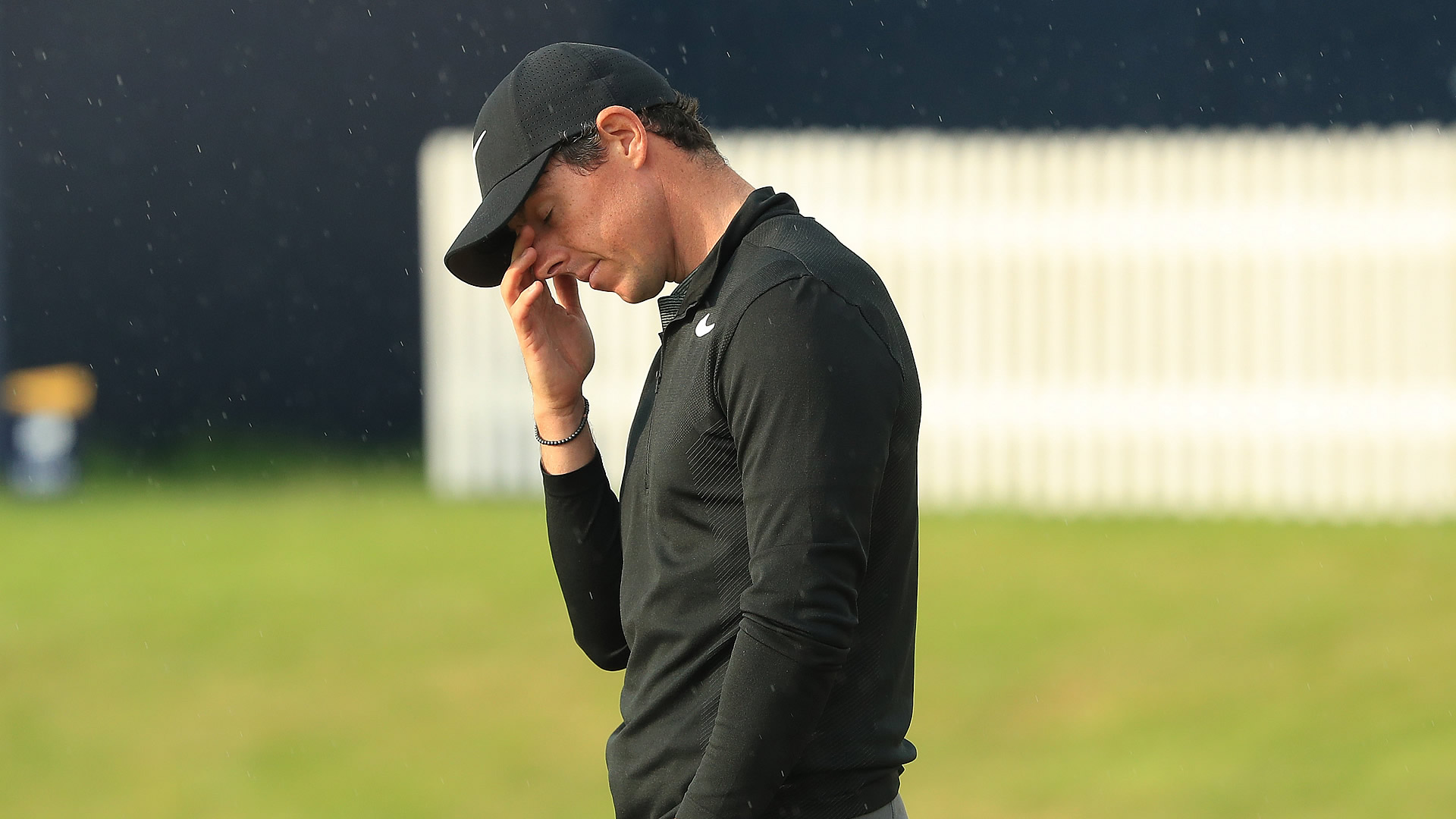 SOUTHPORT, England – For six holes on Saturday it looked like Rory McIlroy was going to challenge for The Open lead.

And then one bogey led to another bogey. A few holes later, there was a double bogey and McIlroy was out of contention.

McIlroy shot 1-under 69 in the third round at Royal Birkdale. He’s 2 under for the championship, nine back of a proven major winner in Jordan Spieth.

“I definitely feel like today was an opportunity lost to get right in the mix going into tomorrow,” McIlroy said.

“I've always been good when I get off to fast starts being able to keep it going, and I didn't today. And I needed to, that's the disappointing thing.”

McIlroy, who had missed consecutive cuts at the Irish and Scottish Opens leading into this major, started the third round five back of Spieth. He birdied three of his first five, but then bogeyed Nos. 7 and 8 and doubled the par-4 10th.

"Bad swing on [No.] 7. Yeah, I just was a bit sloppy on the 8th hole," he said. "And then I just completely - I took the wrong club on 10 off the tee. You either hit a club that stays short of all those bunkers or you take a club that at least only brings the traps up at 300 into play and I did neither"

McIlroy said he used a 3-iron off the tee at the 10th, when he should have laid back with a 4-iron or cleared the trouble with a 1-iron.

“It's almost there, but still just a few sloppy swings,” said McIlroy, who added that left-hand hole locations have been giving him fits. “It's getting there. As I said, it's nearly there. It's not quite where I need it to be to win the biggest golf tournaments in the world. But it's getting there.”

McIlroy is hoping for some bad weather on Sunday, which is in the forecast, to try and bring Spieth down the leaderboard. He also knows that he has to do his part, as well.

“Just play a good round of golf and see where that finishes me, I guess,” he said. “Just go out there and play well and try to limit the mistakes, and get off to a fast start again like I've done the last couple of days and just try to keep it going.”