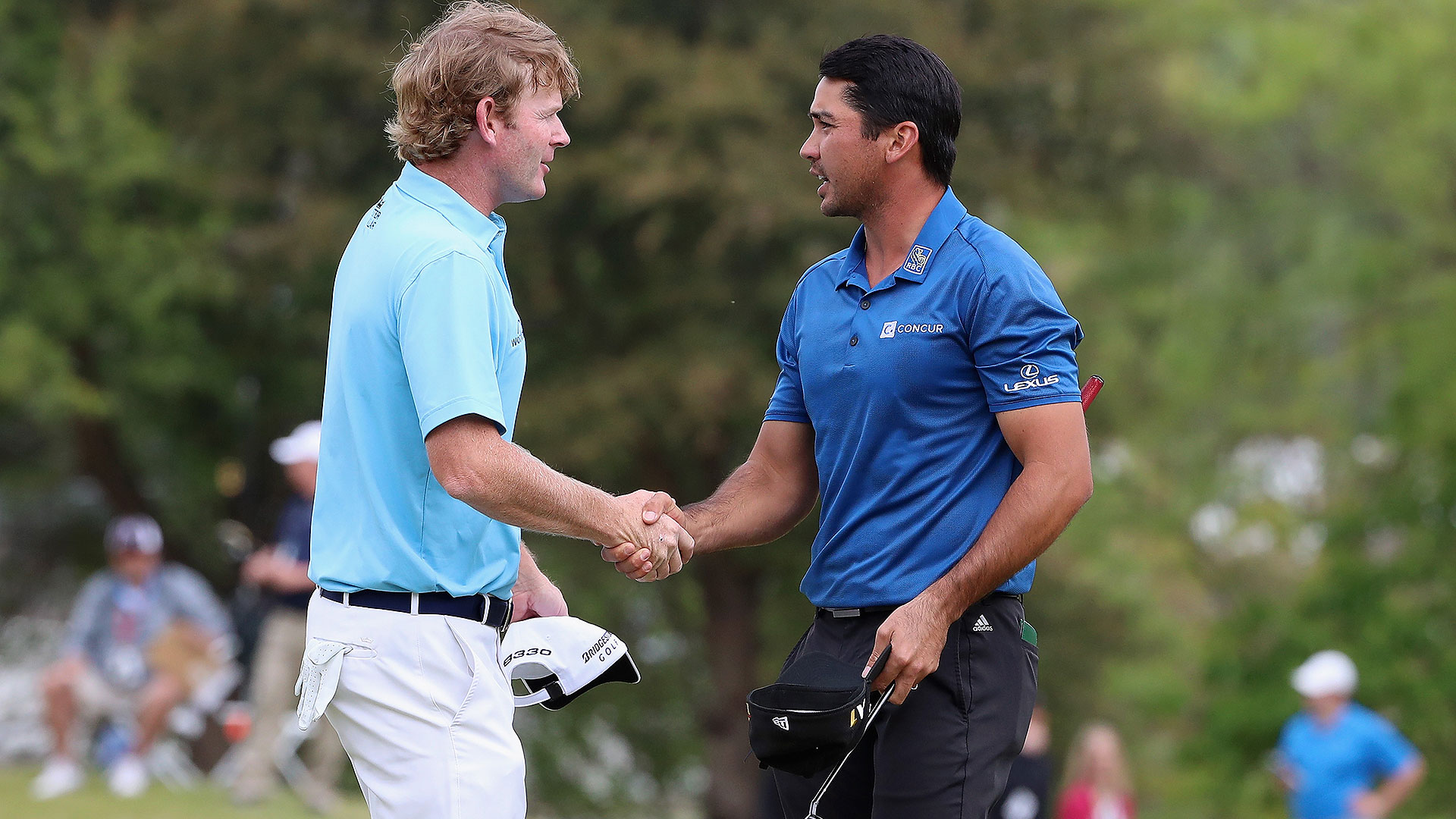 AUSTIN, Texas – Jordan Spieth, Patrick Reed and Zach Johnson trailed for a total of one hole during their first three matches at the WGC-Dell Match Play.

They all lost Saturday morning.

Spieth, the No. 1 overall seed, lost his round of 16 match, 4 and 2, to Louis Oosthuizen and might lose his No. 1 ranking by the end of the day.

The other two members of the modern Big Three, Jason Day and Rory McIlroy, each won their matches to reach the quarterfinals. Another win Saturday afternoon would mean a massive semifinal tilt on Sunday morning.

Spieth hadn’t trailed all week in front of the hometown crowd at Austin Country Club, but he didn’t lead the entire match against Oosthuizen, who ran off three consecutive wins on Nos. 11-13.

Day made only one bogey and closed out Brandt Snedeker, 3 and 2, after making eagle on the par-5 16th.

McIlroy survived a spirited battle against Zach Johnson, who had played superb golf during the round-robin matches. After escaping with halves on Nos. 11 and 12, Johnson dropped a critical hole on 13 after his wedge shot spun too much and he couldn’t get up and down with his ball nestled against the collar. McIlroy added a win on the 15th and birdied the last to hold on for a 1-up victory.

“We both really didn’t have our best stuff,” McIlroy said. “But I definitely produced it when I needed it on the last.”

Dustin Johnson played his 16 holes in 8 under par and dominated the previously unbeaten Reed, 3 and 2. He will face Oosthuizen.

Chris Kirk, Ryan Moore, Brooks Koepka and Rafael Cabrera-Bello also won their round of 16 matches. By reaching the quarterfinals, Cabrera-Bello earned a spot in the Masters via the top 50 in the world ranking.

With Spieth bounced from the Match Play, Day has a chance to return to No. 1 in the world if he can defeat Koepka on Saturday afternoon.