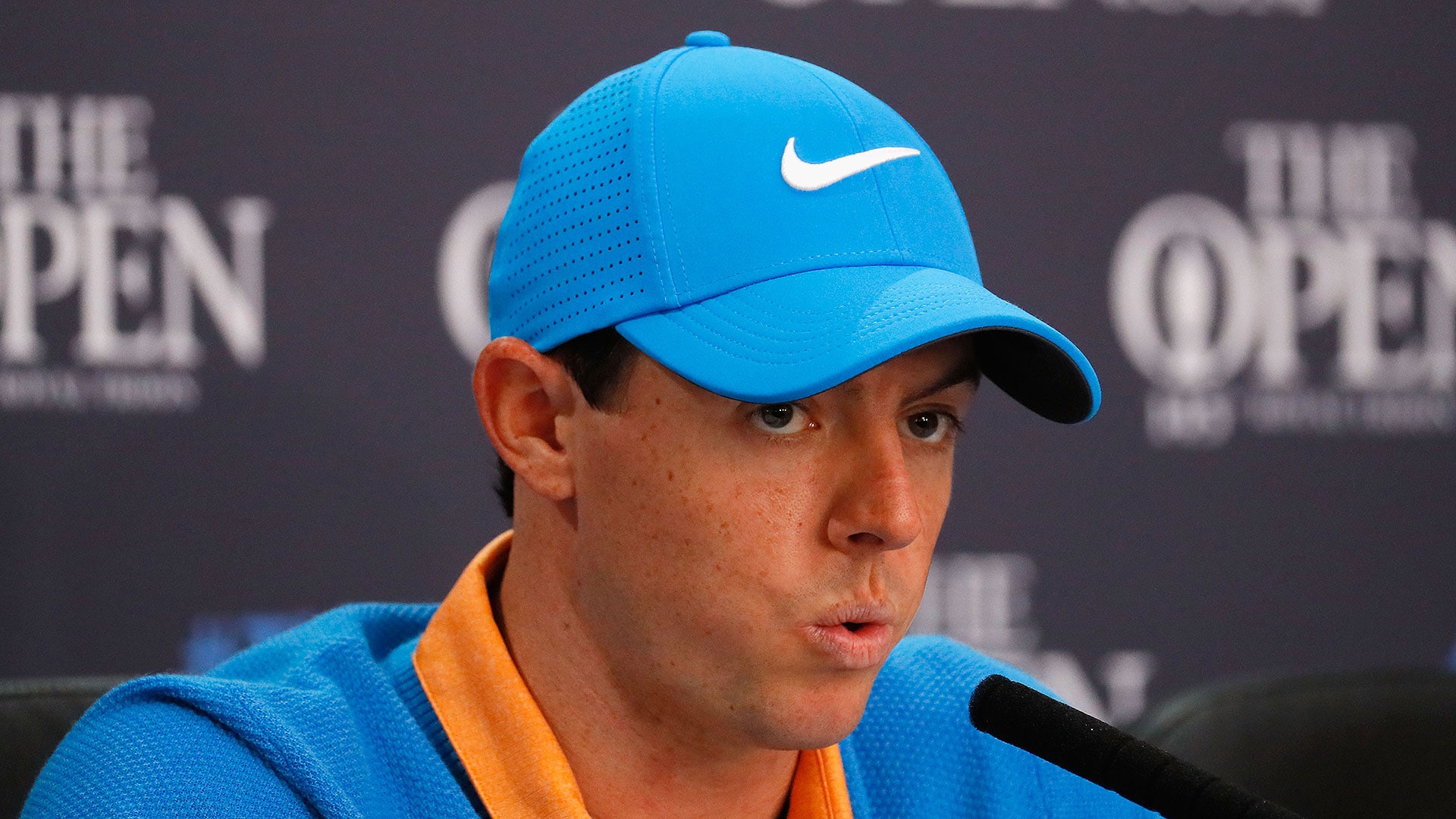 TROON, Scotland – A couple days ago, one of the British newspapers wondered if Rory McIlroy was in danger of bringing up the rear in the conversation surrounding golf’s Big 4.

The paper noted that McIlroy has gone from the undisputed No. 1 player in the world two years ago to a distant fourth in the world ranking behind Jason Day, Dustin Johnson and Jordan Spieth.

Those three have won four of the last six majors. McIlroy hasn’t won one for 23 months, since the 2014 PGA Championship at Valhalla.

McIlroy, however, doesn’t seem too concerned with the other three members of the imaginary group. He has always marched - and will continue to march - to the beat of his own drum.

“Those guys are having a great run at the minute,” McIlroy said Tuesday at Royal Troon before the start of The Open. “I feel like my game has been quite consistent apart from ’13, where I didn’t play that well. It’s probably the only time in the last six years I’ve dropped outside the top 10 in the world.

“I’m happy where my game is. I can’t worry about other guys. If I focus on myself and make sure that I’m playing the best that I can, I’m pretty confident that if I go out and play my best golf I’m going to win more times than not.”

Then McIlroy mounted a stone-faced parting shot that essentially served as a reminder that he has as many majors as the other three combined.