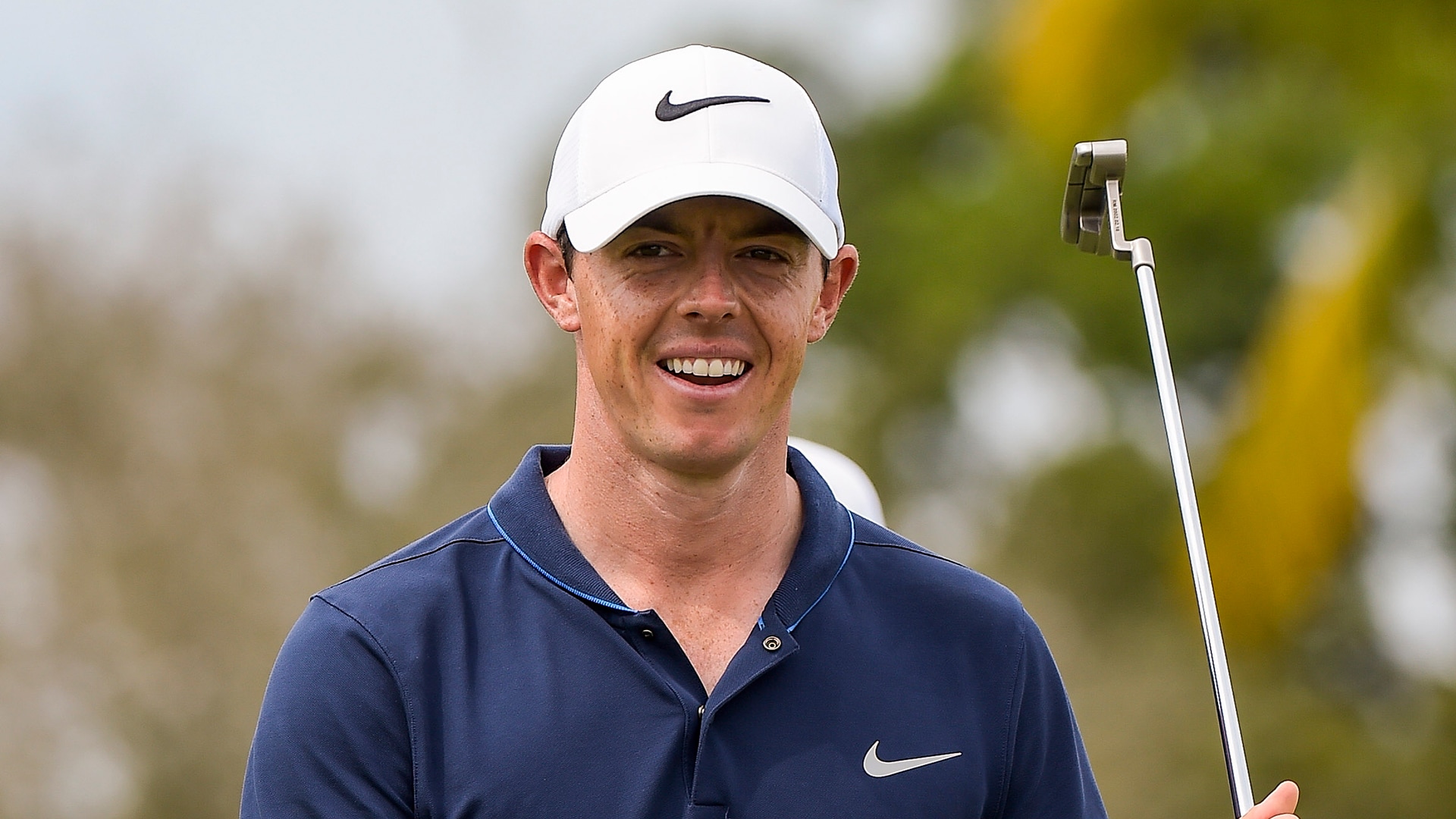 DORAL, Fla. – Last year at Doral, Rory McIlroy launched his 3-iron into the lake adjacent the par-5 eighth hole. On Thursday, he faked the same toss, this time for fun.

McIlroy, who had just hit his second shot into the water on Friday at the 2015 WGC-Cadillac Championship when he sent his club into the same hazard, laughed as he repeated the motion with his putter on Thursday, but this time there was no throw.

“One club in the water here is enough I think,” he said after his opening 71 left him tied for 16th.

The world No. 3 had just hit his second shot to 35 feet when he made his faux toss. A few moments later, he three-putted for par. After his round, he was asked if he seriously considered throwing the putter.

“After the three-putt, yeah,” he joked.

McIlroy’s 3-iron was fished out the lake last year and is now on display in Doral’s pro shop.