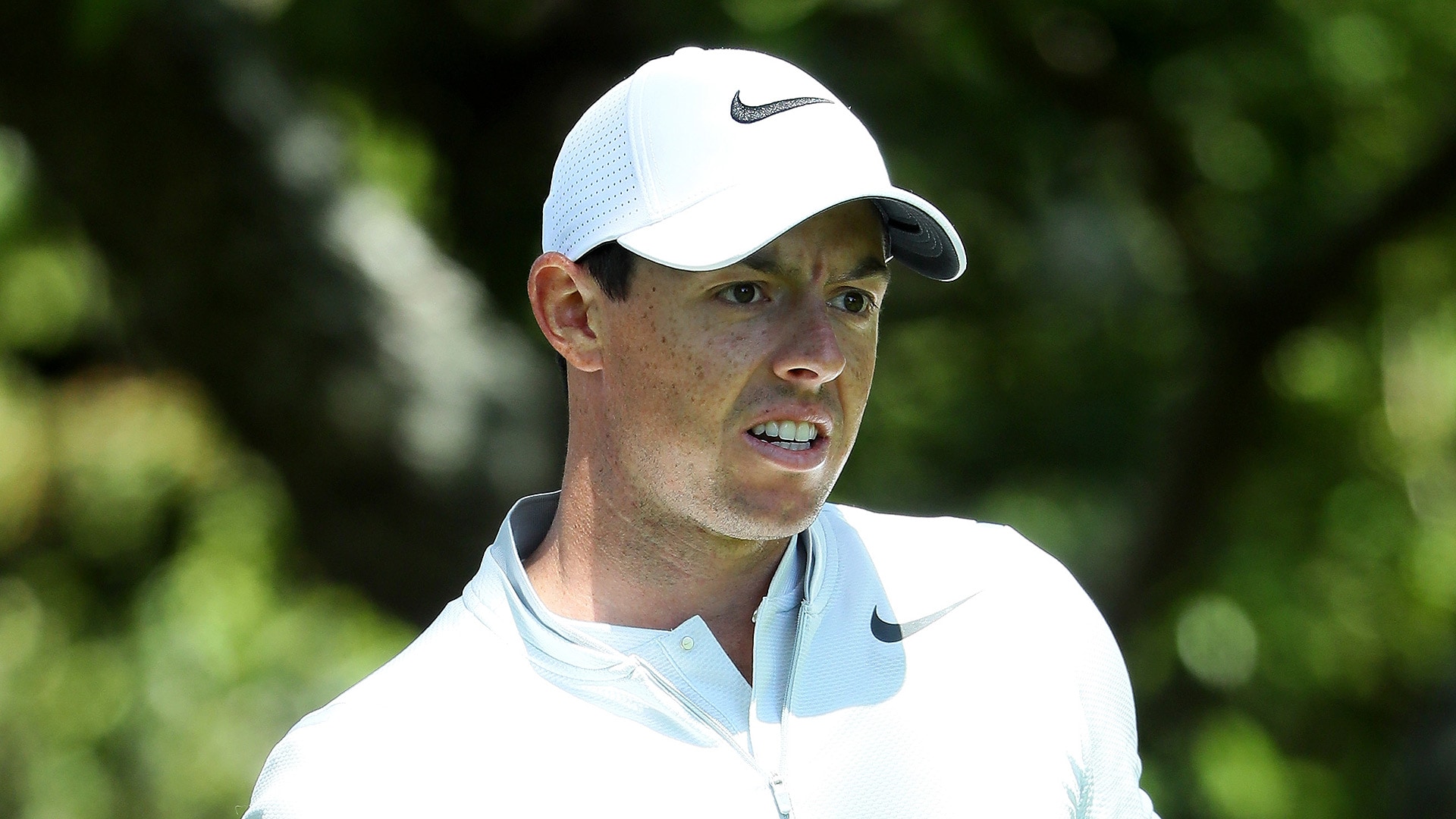 If McIlroy’s going to complete the career Grand Slam winning this Masters, he’s going to need to mount a memorable final-round charge.

With birdies at the second and third holes Saturday, McIlroy got within two shots of the lead, but after a mid-round stumble he had to scrap to post a 1-under-par 71. He’ll start Sunday six shots off the lead.

“I need to play the round of my life tomorrow,” McIlroy said.

McIlroy was climbing the leaderboard until he bogeyed the fifth and double bogeyed the seventh. At the fifth, he three-putted from 40 feet. At the seventh, he hit his drive right in the trees and wasn’t able to get back in position.

“It’s tough from there,” McIlroy said. “And I tried to get cute with a bunker shot.”

Jackie Burke Jr. holds the record for the greatest final-round comeback in Masters history. He came from eight back when he won in 1956.