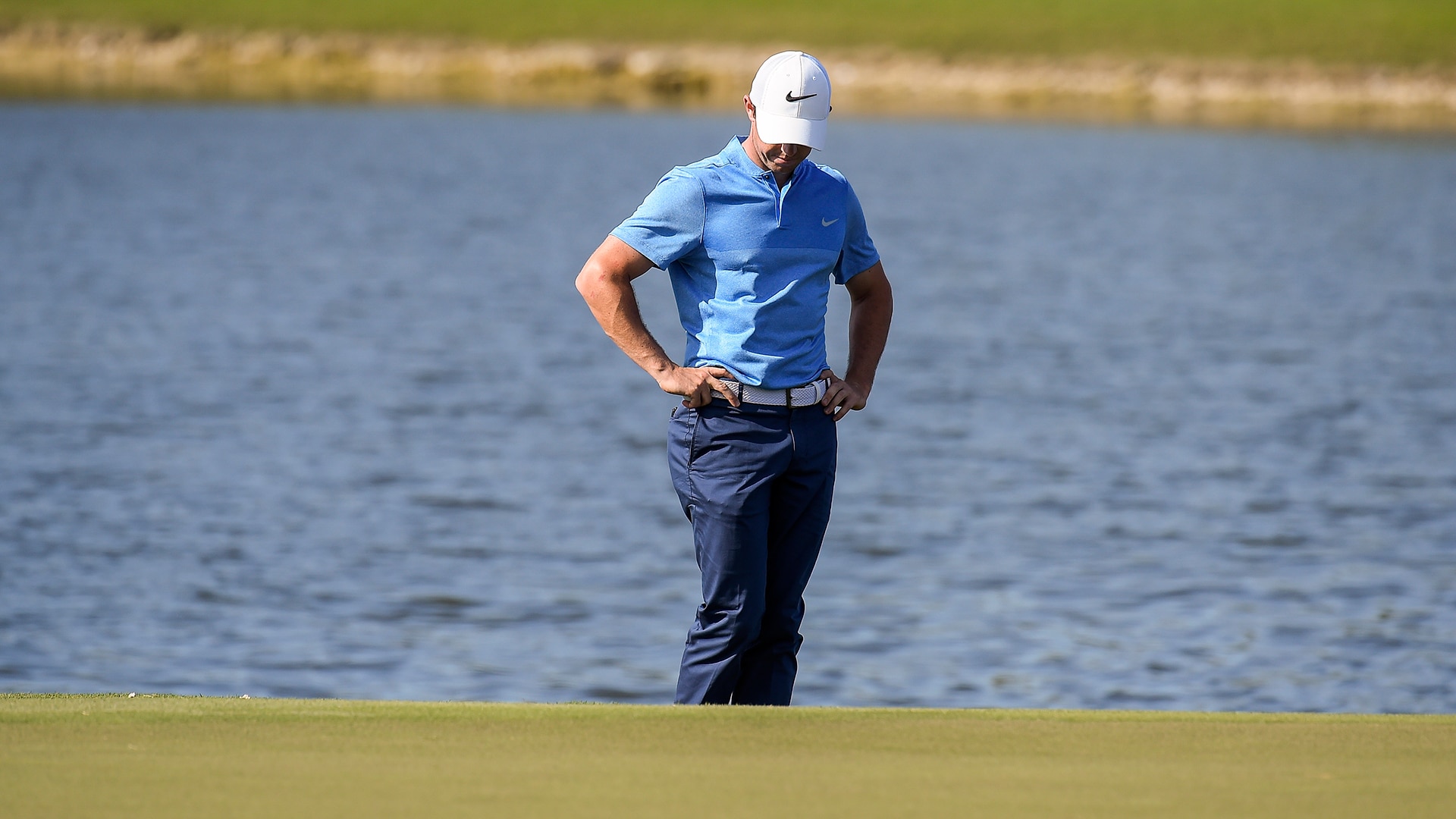 DORAL, Fla. – For just the third time in his PGA Tour career, Rory McIlroy failed to convert a 54-hole lead, struggling on Sunday at the WGC-Cadillac Championship en route to a closing 74 and a tie for third.

For McIlroy, who led by three strokes entering the final round, it was a similar story to what happened two weeks ago at the Northern Trust Open, when he also failed to finish strong on Sunday.

Still, McIlroy said he is confident in his game and his new cross-handed putting stroke as he heads into a crucial part of his schedule.

The new world No. 2 is scheduled to play the Arnold Palmer Invitational in two weeks followed by the WGC-Dell Match Play, where he is the defending champion, before heading to the Masters for the year’s first major.

“I feel like my game is in good shape. I just need to figure out what I'm doing in these final rounds and try to rectify it,” he said.