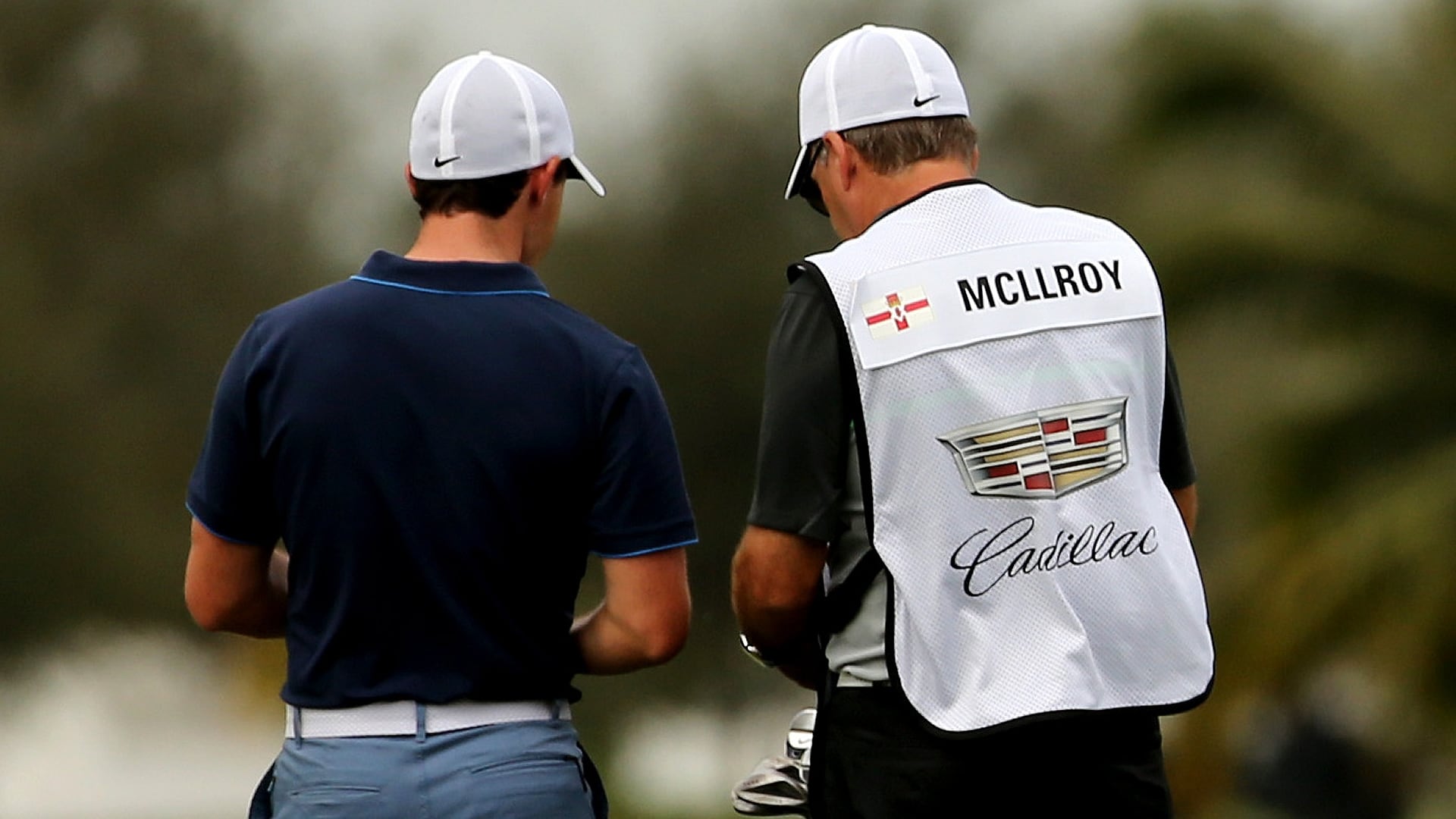 DORAL, Fla. – On Thursday at Doral, Rory McIlroy needed to hole a few more putts. Oh, and he needed to buy a vowel.

The world No. 3 set out for Round 1 grouped with Jordan Spieth and Jason Day in the week’s marquee pairing, but McIlroy’s name on his caddie’s bib and the standard bearer’s sign was misspelled – M-C-L-L-R-O-Y.

Officials corrected the miscue a few holes into McIlroy's round and he laughed the incident off.

“I’ve been out here pretty much 9 years and they still can’t get my name right,” he said.

The bigger concern for McIlroy, who finished with a double bogey-5 on his final hole (No. 9) for a 1-under 71, was his speed control on the greens following his transition to a cross-handed putting grip for this week’s event.

“My speed wasn't too good on the greens. I was leaving a lot of putts short,” said McIlroy, who took 33 putts on Day 1 and converted just one attempt outside of 10 feet (a 14 footer at the 17th hole). “But I guess that’s to be expected. It's the first day competitively with a bit of a new grip. But I felt like it was pretty good.”