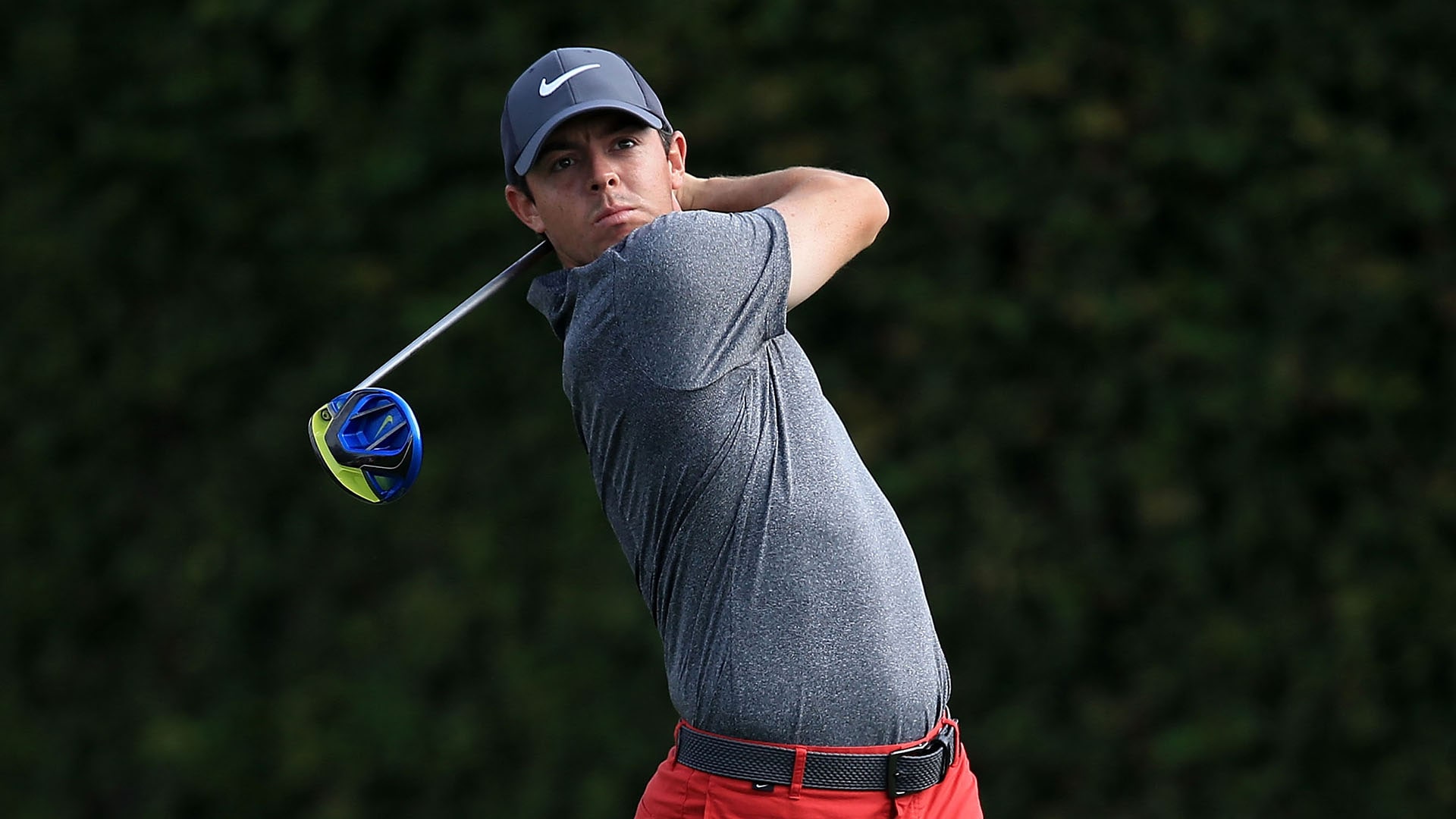 ORLANDO, Fla. – While his week may have been too inconsistent for his liking, at least Rory McIlroy ended his run at the Arnold Palmer Invitational with a bang.

McIlroy rolled in a 59-foot birdie putt on the 18th hole Sunday to the delight of the assembled crowds, capping a sizzling 65 that included a pair of eagles and tied the low round of the tournament.

But McIlroy struggled to two rounds of 75 earlier in the week, meaning that his Sunday rally concluded well before the tournament leaders even began their final rounds.

All in all, it was a decidedly mixed bag for McIlroy in his final stroke-play start before the Masters.

McIlroy had only one blemish during the final round, but it was a double bogey on the par-3 14th. That marked his sixth double bogey of the week, the most he has ever had in a PGA Tour event.

McIlroy even jokingly referred to it as his “customary double bogey” in post-round comments, but the Ulsterman remains keenly aware of the fact that he’ll need to clean things up before heading to Augusta National. The focus of that effort, according to McIlroy, will be between the ears.

McIlroy will now head to Texas to defend his title at the WGC-Dell Match Play Championship. Ironically, it’s a tournament format that might be ideally suited for his current form – warts and all.

“With the sort of golf I’m playing with a lot of birdies and mistakes, it sort of goes well,” he said. “I can’t make any worse than double, I only lose one hole.”

McIlroy had played his way into the final-round mix in Los Angeles and held the 54-hole lead in Miami, but this week he proved to be largely an afterthought. It’s a result that only raises the stakes for next week’s WGC event as he seeks some late Masters momentum.

“I’m excited with that match-play element, because I don’t feel like I’ve been in contention enough this year,” McIlroy said. “Getting those match play sort of head-to-heads next week will feel a little bit like that, and it would be great to progress to the weekend and get some good matches under my belt and go have my last competitive start before Augusta be a momentum-builder and a confidence-builder.”