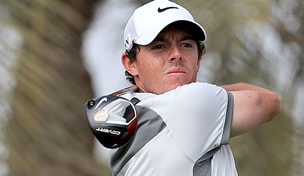 Rory McIlroy committed Monday to the European Tour’s Scottish Open, which will be held the week before the year’s third major.

In doing so, the former world No. 1 is hoping to emulate Phil Mickelson’s feat from a year ago.

“Phil winning the double last year made me realize the Scottish Open is more than good preparation for the Open,” McIlroy said in a release. “He showed me it was possible to win both weeks. The Scottish Open going back to a traditional links course was something that made a lot of sense.”

For years, the Open tuneup was held at Loch Lomond but switched from 2011-13 to Castle Stuart. This year, the event will be held at Royal Aberdeen, from July 10-13, before the Open heads to Royal Liverpool. Golf Channel and NBC Sports will televise all four rounds, beginning July 10.

McIlroy is making his first appearance in the event since 2009 and hoping to improve his pedestrian record in the Open Championship. In six career starts, he has just one top 10 (T-3, 2010).